Exposed bricks and wood-ribbing give a Scandinavian feel to Magill Road’s Republic Hotel – the redesigned and revolutionised former Oriental.

But mounted on the toilet door is a small gilded frame from which George Bush Snr smiles. And there’s also antique-English-lamp lighting and knotted carbon-filaments which cast a thick yellow light that falls sluggishly over leather couches.

What’s the message here? How does it all tie together? 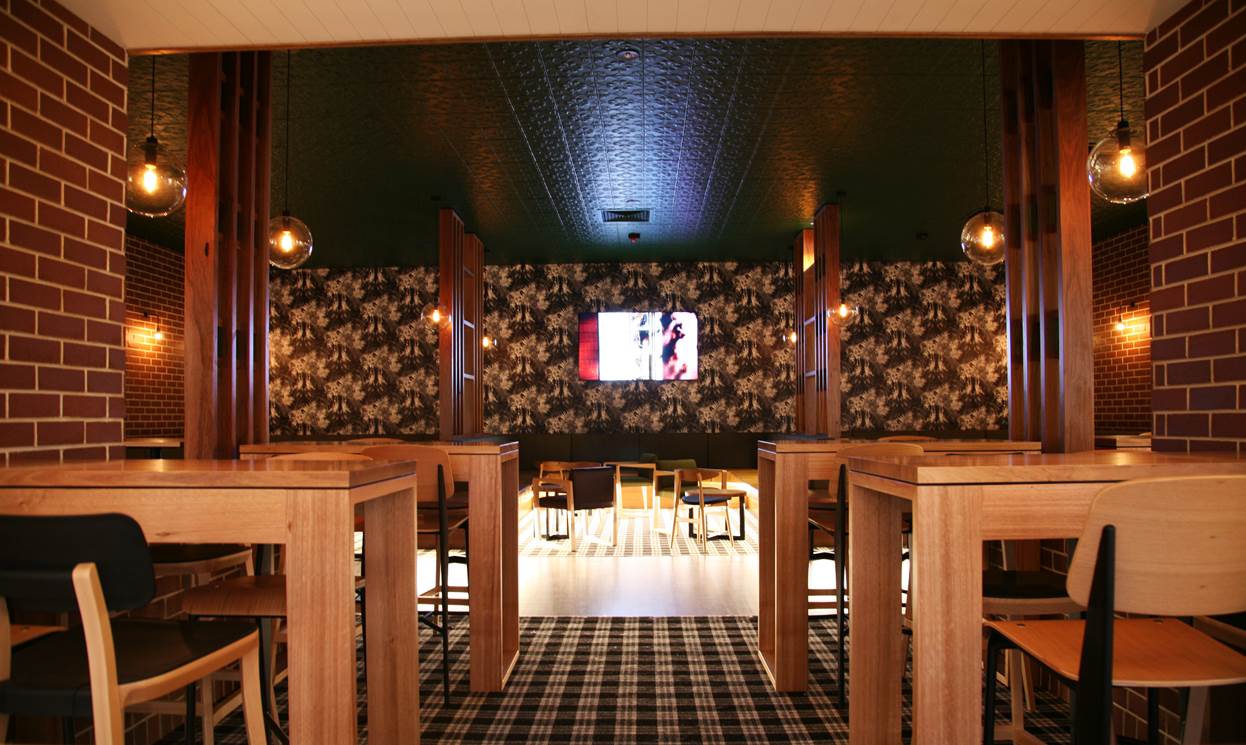 It’s supposed to be a modern take on an old-style beer hall, says KP Architects’ Kon Panagopoulos, who designed the layout.

“Solid dressed timber, traditional red brick and brown cobblestones were selected to complement both the existing building structure and new interior design, offering strength, warmth and a link between old and new.”

Management is hoping the redesign will allow it to focus more on the hotel’s target audience – foodies looking for something cheaper and more casual than a sit-down restaurant.

“The original arrangements of spaces were cluttered and did not create an engaging drinking or dining atmosphere,” Panagopoulos says.

“The plan of the hotel offered numerous disconnects between the idea of a shared experience while inhibiting the ease of transition between indoor and out.” 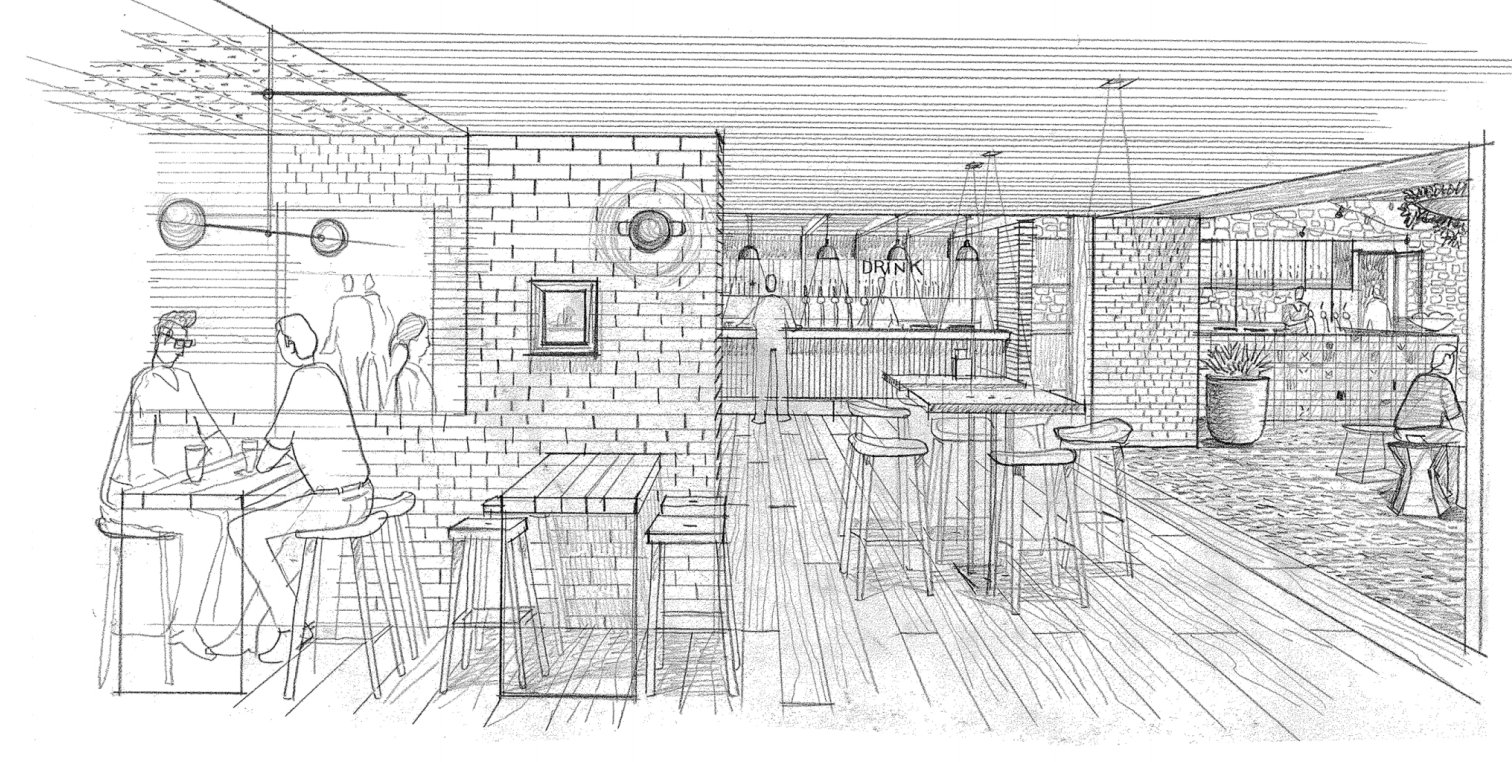 The central open space in the redesign is a triumph – a combination of form and function, with lots of human-scale elements; you never feel like you’re a patron at an art museum, as you may in some more complex interiors.

The large room contains two spaces: a dark, intimate lounging area and a bright outdoor area. The bar, done in white tiles and white-painted-weatherboard, runs between the spaces and serves as a gradient from dark to light.

The dark side of the room starts with plush leather couches and cushions, with carbon-filament lighting hung low over patrons’ heads to encourage intimate conversation. Above, a flat-screen TV shows old movies. The roof is striking – it’s been done in pressed tin painted a dark forest-green (the green was selected to echo the green of beer bottles, Panagopoulos says). 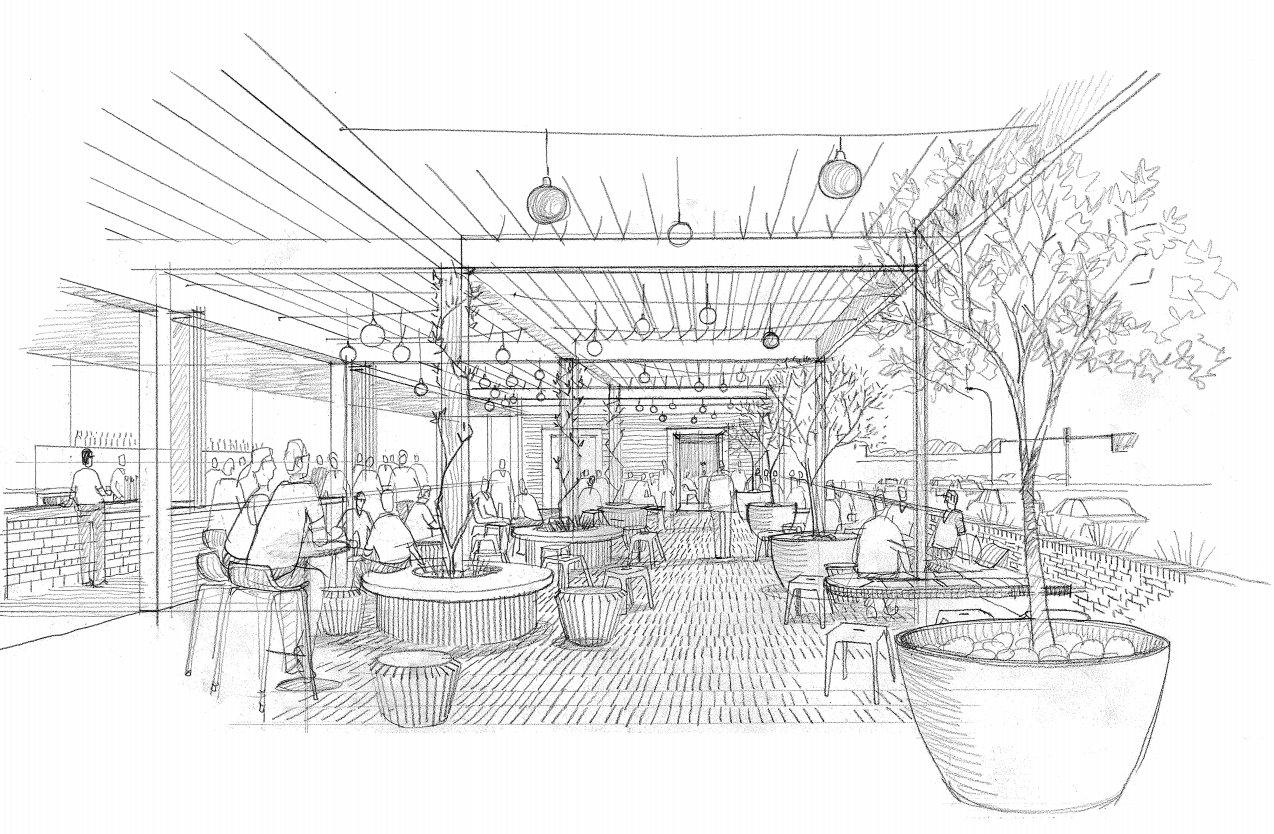 The middle of the room has casual tall chairs and tables, while the area closest to the road has been opened up, with the roof removed and replaced by automated canvas louvres that can be closed in wet weather to create a covered beer garden.

Outside, the colours run between bright yellow and turquoise; seating is a mixture of couches and round benches, which contrast with the U-shaped lounges in the dark area to create a sense of openness and space. The new design replaces the old glass windows with a half-height brick wall so that when patrons sit down, it blocks out the view of Magill Road and leaves them looking at the tree-lined suburban streets nearby.

The pub has a sit-down restaurant space that is obviously more serious than the rest of the restaurant, but retains a cheerful feel. Multi-coloured tea-towels to replace napkins at the place-settings are a particularly nice touch, as are the live grasses surrounding the dining room. The kitchen is open to the diners, and a whole pig spins slowly on a spit above white coals.