Seven Network presenter David Koch has slammed his employer over reports it agreed to pay Schapelle Corby $2 million for an exclusive interview.

But his anger may be premature, with colleague Mike Willesee dismissing as “way silly” any suggestion that Seven would pay so much to talk to the convicted drug smuggler.

“I don’t know what the figure is but I know that that’s crazy,” Willesee said.

“Everyone is entitled to their opinion, but all I know is the published figures are way silly. They’re false.”

Willesee told reporters in Bali on Tuesday that he does not expect any interview to take place for a while, adding that he has not even seen Corby despite staying in the same luxury resort.

“It’s not a sure thing and it’s not a close thing,” he said outside the Sentosa Seminyak complex.

“There are a few considerations, but it’s not going to happen yet.”

Willesee said he didn’t know which family members were staying in Corby’s villa.

He said Corby’s sister Mercedes was there on Monday but he didn’t know if she was still there a day later.

“I don’t know who’s staying there, I really don’t, I haven’t been in there,” he said.

He said he did not know when or how any interview would happen.

“As I understand it, Schapelle needs some time to chill out,” he said.

Koch had said Seven should not speak with Corby to avoid sensationalising the drug smuggler.

“I reckon we should have nothing to do with her as a network,” the Sunrise presenter said during Tuesday’s show.

A spokeswoman for Network Seven said they had no comment on the matter.

Federal Treasurer Joe Hockey weighed into the issue on Twitter to congratulate Koch on his stance.

“It sends all the wrong messages on drugs for a convicted trafficker to be paid for her story,” Hockey said. 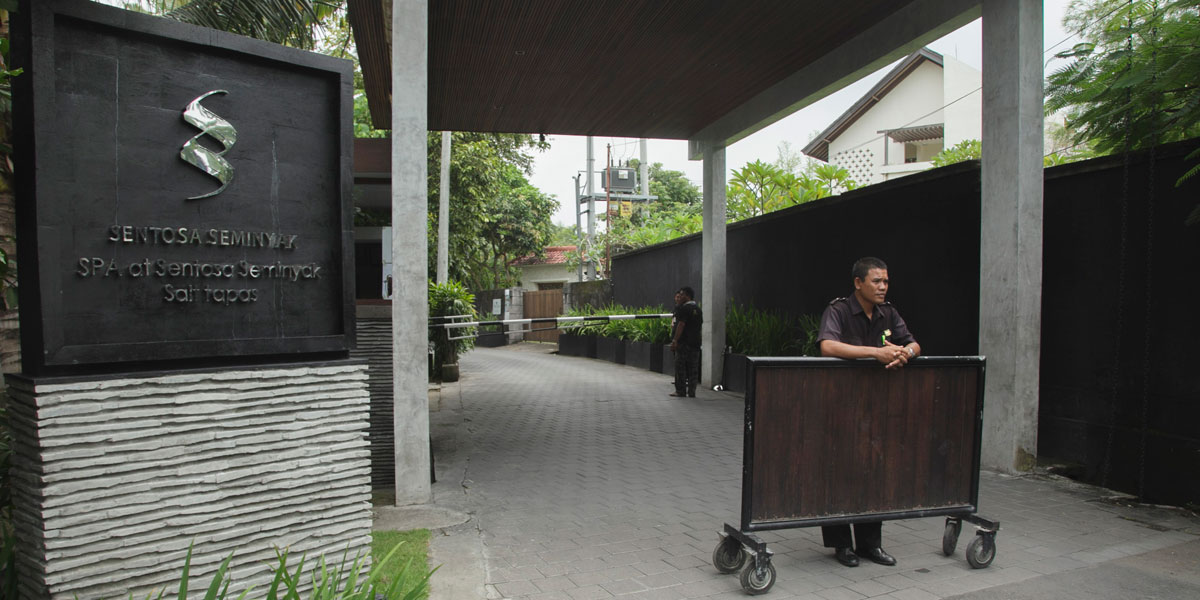 Security guards outside the Sentosa Seminyak Villa in Bali, where Schapelle Corby was reportedly taken after being granted parole.