“People just don’t go and have themselves cut about – have operations – just because it’s cheap.”

The debate, however, may be a political minefield for the Abbott Government, Forbes told InDaily as he reflected on his battles with Labor leader Gough Whitlam during the 1969-72 debate on a proposed national scheme, Medibank (now called Medicare).

It had been the Menzies Coalition Government that introduced key reforms for free essential drugs, free medical services for the poor and subsidised voluntary contributions to private health insurance funds.

Jim Forbes is the last surviving Liberal member of the Menzies Cabinet. This is the second in InDaily’s three-part series on the South Australian, who hasn’t given a media interview for decades. Click here for part one about Forbes’ role in the controversial Vietnam conscription decision.

He suggests the problems now faced in health’s ever-growing cost to governments had their origins in the three-year debate and the policies Whitlam pitched successfully to the electorate in 1972.

In this period, Forbes says, the Coalition Government under Prime Ministers Gorton and McMahon had misjudged the public mood, the medical profession had become uncooperative and the media embraced the simplicity of Whitlam’s solution.

Most importantly, Forbes says, people’s expectations of government had changed.

“To understand the context, you have to go back to Earl Page’s reforms,” he says.

Page, a Prime Minister for 19 days in 1939 between the death of Joseph Lyons and the election of Robert Menzies, served as Health Minister from 1949 to 1956 in the second Prime Ministership of Menzies. 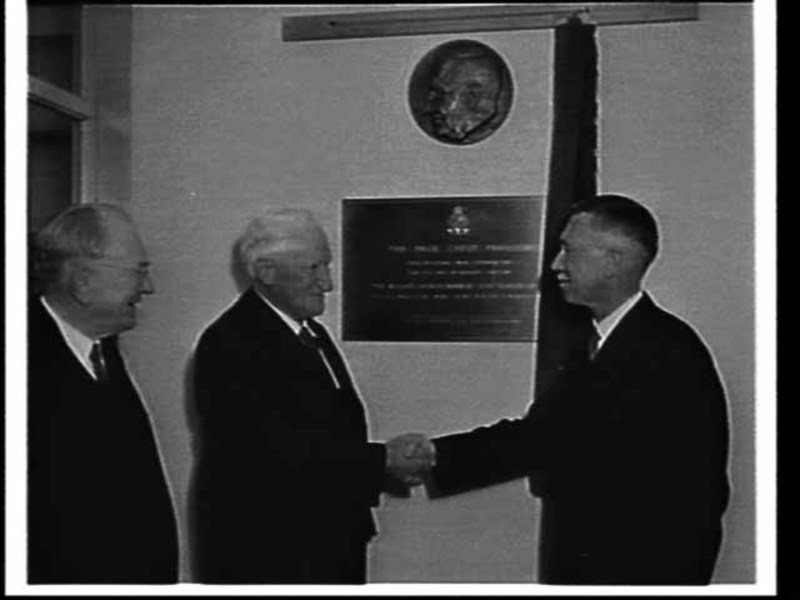 The Australian parliamentary and biographical records show that Page had twice before failed in attempts to introduce national health schemes, in 1928 and 1938.

His more successful alternative came over the five years from 1950 where he legislated to provide free essential drugs to the community, maintain free medical services for the poor, subsidise the bulk of the population in their voluntary contributions to private health insurance funds, and increase Commonwealth grants to hospitals.

His biography states that “in 1953 he was able to claim that he had erected ‘a bulwark against the socialisation of medicine’ while also meeting the necessary health requirements of all the population.”

It would fall to Jim Forbes to manage the next stage. 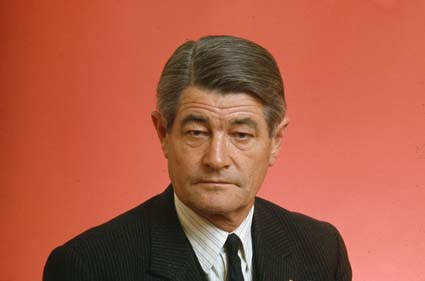 Forbes (pictured here in 1974) had moved from his role as Minister for the Army in January 1966 – he would hold the Health Ministry until 1971.

“The first two years were relatively calm, because the political spotlight was not on health during that period, and hadn’t been since the inception of Earl Page’s scheme,” Forbes recalled from his official record.

“From time to time health benefits got out of line with medical and hospital fees and the Government would make a political judgement on doing something.

“The Government (was) exercising its political judgement on what they could get away with, rather than looking at the whole thing objectively in the light of its nature as a welfare measure.

“I think this is how the Government really got into trouble on health.

“They let the gap between charges and benefits get too wide and gradually, without the Government becoming particularly conscious of how this was affecting public attitudes, it became a liability for the Government.

“I was conscious as a Minister but I couldn’t get my colleagues to see the political urgency.

“It was here that Whitlam particularly, and the Labor Party in general, began to see an opportunity.”

Two of Whitlam’s advisers, health economists Richard Scotton and John Deeble, developed a proposal for a system of universal health insurance funded by a levy.

“Whitlam came up with a name for it, Medibank,” Forbes, 90, says, sitting in the lounge room of his Adelaide home.

“He invented it and campaigned hard on it.”

As Forbes recalls, it was in this period that the Coalition lost ownership of the health issue to Labor.

“While I was Health Minister there was a growing feeling that the health insurance scheme wasn’t enough.

“The view of the Cabinet, however, was that we should keep going along the lines that we were going, a voluntary health insurance scheme, so I persuaded them to set up the Nimmo Committee which you’ve probably never heard of.

“We got Judge Nimmo to make recommendations for improving it … and they were implemented, but I think we were always behind public feeling on this.

“Gough Whitlam, with Medibank, attracted a lot of support. He was probably right.

“I think if we’d won the 1972 election, we would have gradually introduced something like it.”

There was another key factor at play, Forbes says, one that still underlines federal politics today.

“In 1970 people’s expectations of what governments did or should do had changed enormously.

“Accepting responsibility for your own needs had shifted. Government should do it, people said.

“A lot of that had come from the British national health scheme.

“There were a lot of British migrants that had arrived in Australia in the post-war period.

“The British scheme had been around since 1945 or 46, people’s expectations changed and Gough made the running on it.”

History shows that while Whitlam won the 1972 election, he couldn’t get Medibank through the Senate until July 1975.

It was substantially dismantled by the subsequent Fraser Government (1975-83) which allowed those with private insurance to opt out.

The universal scheme was later re-introduced by the Hawke Government of 1983, re-badged as Medicare.

Forbes sees the current debate on whether there should a co-payment for medical services as another round in the “complex and changing issue of how, and to what level, governments fund health”.

In recent days those close to the Abbott Government have floated the idea that patients should pay as much as $30 to visit a general practitioner or the emergency department.

The Liberal National Party candidate contesting Kevin Rudd’s vacated Queensland seat, Bill Glasson, was drawn into the debate on whether an affordable “price signal” on GP visits would make the system more equitable and reduce costs.

The issue of co-payments and price signals is now firmly back on the Australian political agenda.

Forbes warns that the politics of health is entwined with the difficulty of engaging the media in its complexity, making it difficult to win a political stoush.

He says Whitlam’s successful pitch for Medibank was an example.

“One of the difficulties was persuading the newspapers.

“I had numerous discussions with editors and medical correspondents, but newspapers being what they are, they were not prepared to accept the point of view that I was putting.

“I think newspapers like everything to be nice and tidy.

“Complex issues aren’t something the media are very good at dealing with and they found it much easier to comprehend the simple Whitlam approach.

“I am convinced to this day that they were quite wrong.”

The Forbes-amended system which started in 1970 and would be later replaced by Whitlam’s Medibank included a provision that no operation would cost anybody more than $5.

“The people who argued against it said that you can’t contain costs unless the patient has to pay a reasonable proportion of the cost of the medical services.

“But I always argues that people just don’t go and have themselves cut about, have operations just because its cheap.

“By giving this ($5) undertaking, the Government was helping those people who were really in need.”

Forbes watches the unfolding debate with a keen eye.

This is the second of a three part feature that looks back on the issues confronted by the last surviving Liberal MP from the Tenth Menzies Ministry of 1963. It has been made possible with the time and cooperation of Jim Forbes and his permission to access papers held in a private collection by the National Library of Australia.