Reflecting on his 28 December, 2006, speech as Minister for Aboriginal Affairs, the Premier said reversing the wrongs of colonization remained a project to which he was committed.

The Letters Patent 1836 were issued to Governor Hindmarsh in London, authorising the colonization of the Province of South Australia, which it described as ‘waste and unoccupied lands”.

The Letters included the condition “that nothing in these Letters Patent contained shall effect or be construed to effect the rights of any Indigenous Natives of the said province to the actual occupation or enjoyment in their persons or in the persons of their descendants of any lands now actually occupied or enjoyed by such Natives”.

An associated document –  Instructions to the Resident Colonizing Commissioner – also required that “the aborigines are not disturbed in the enjoyment of the lands over which they may possess proprietary rights, and of which they are not disposed to make a voluntary sale” and required “evidence of the faithful fulfillment of the bargains or treaties which you may effect with the aborigines for the cessation of lands”.

History shows that South Australia’s governments have never signed any treaties or bargains with indigenous people. 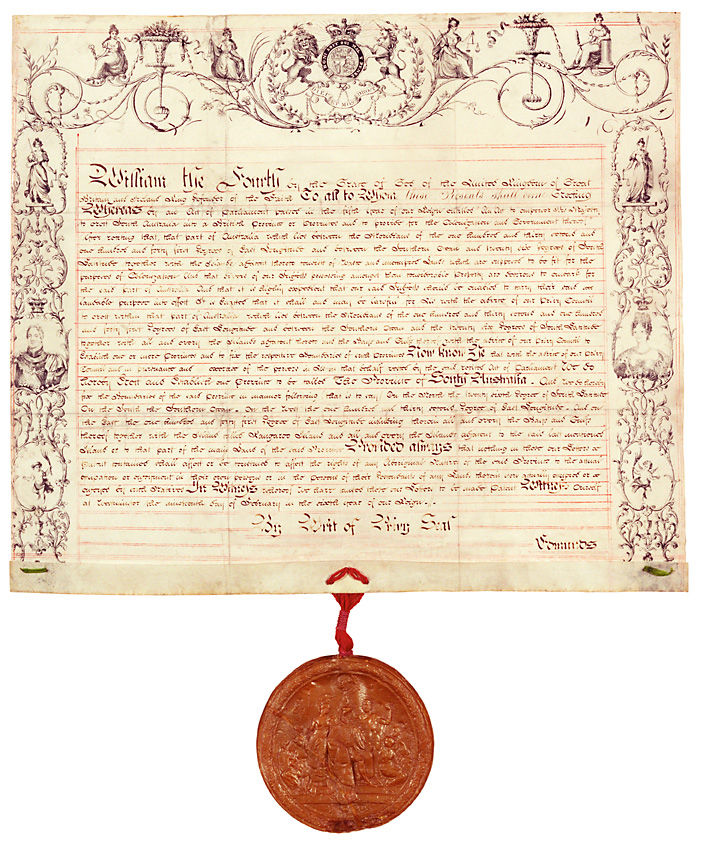 Weatherill told InDaily that while there may have been an understandable reason why the white settlers didn’t fulfill the instructions, no such excuse exists today.

“There might have been some excuse for the first white settlers to have not fully appreciated the commitment of the Letters Patent about respective native property rights; that could be explained because the relationship the indigenous people had to the land, in our terms, was so episodic,” he said..

“So the (settlers) would say ‘hold on, they didn’t have fences, they didn’t farm, so they didn’t own anything; so to move them off something that they didn’t seem to have much of a connection to – well that came from a lack of appreciation for the spiritual connection,” he said.

“You may have been able to excuse those people, but you can’t excuse us now, because we now understand much more about the nature of that connection, so therefore its our responsibility to restore that promise.”

When the Premier made his 2006 speech it sparked hope among indigenous groups and activists that the prospect of a treaty was imminent.

The proposal included guaranteed political representation and a system of self government via a Council of Aboriginal Peoples (CAP), as well as the drafting of an Aboriginal Constitution and Bill of Rights.

When InDaily asked the Premier what progress had been made since his 2006 speech, he conceded that the outcomes had fallen below his expectations.

“Really, a lot of these things have been a step along the way towards a greater understanding of reconciliation.

“What I was trying to do was take a step down that path.

“I’m happy happy that progress has been made.

“There’s undoubted improvements, but not at the rate some would like … it’s unfinished business.”

Weatherill wasn’t the first South Australian Premier to re-visit the Letters Patent with some discomfort.

In 1966, then Attorney-General Don Dunstan introduced a bill into the South Australian parliament for the nation’s first Aboriginal land rights laws.

In his second reading speech outlining the reasons for the Aboriginal Lands Trust Bill, Dunstan said the time had come to make good on past promises.

“I intend to trace the history of Aboriginal lands rights in South Australia, because on examination it is clear that Aborigines were wrongfully deprived of their just dues,” he said.

“We must, as far as we can, right the wrongs done by our forefathers.

“It is clear that Aborigines were wrongfully deprived of their just dues. We must right the wrongs.”

The Dunstan statement has a familiar ring to it; Jay Weatherill’s 2006 speech spoke of “the cause of much loss and suffering for Aboriginal people”, adding “we must also recommit ourselves to the promise made to Aboriginal South Australians … 170 years ago”.

Come December 28, 2013, 177 years on, there is no treaty, no compensation and no guaranteed right of occupation and enjoyment of lands once occupied.

Weatherill, however, says he remains committed to the cause.

“It’s a Labor project and one of the reasons I got involved in politics.”