A mobile app that tracks Adelaide Metro buses in real time is in the final stages of testing – and is ready for iPhones and Androids once the Department for Planning, Transport and Infrastructure gives the okay.

TransitTimes+ will use GPS signals from the state’s buses to tell commuters how far away their vehicle is from their stop. Adelaide will be one of the first cities in Australia with the functionality.

The developer behind it, Quentin Zervaas, said the information might force Adelaide Metro to fix up its act and start making the buses run on time. 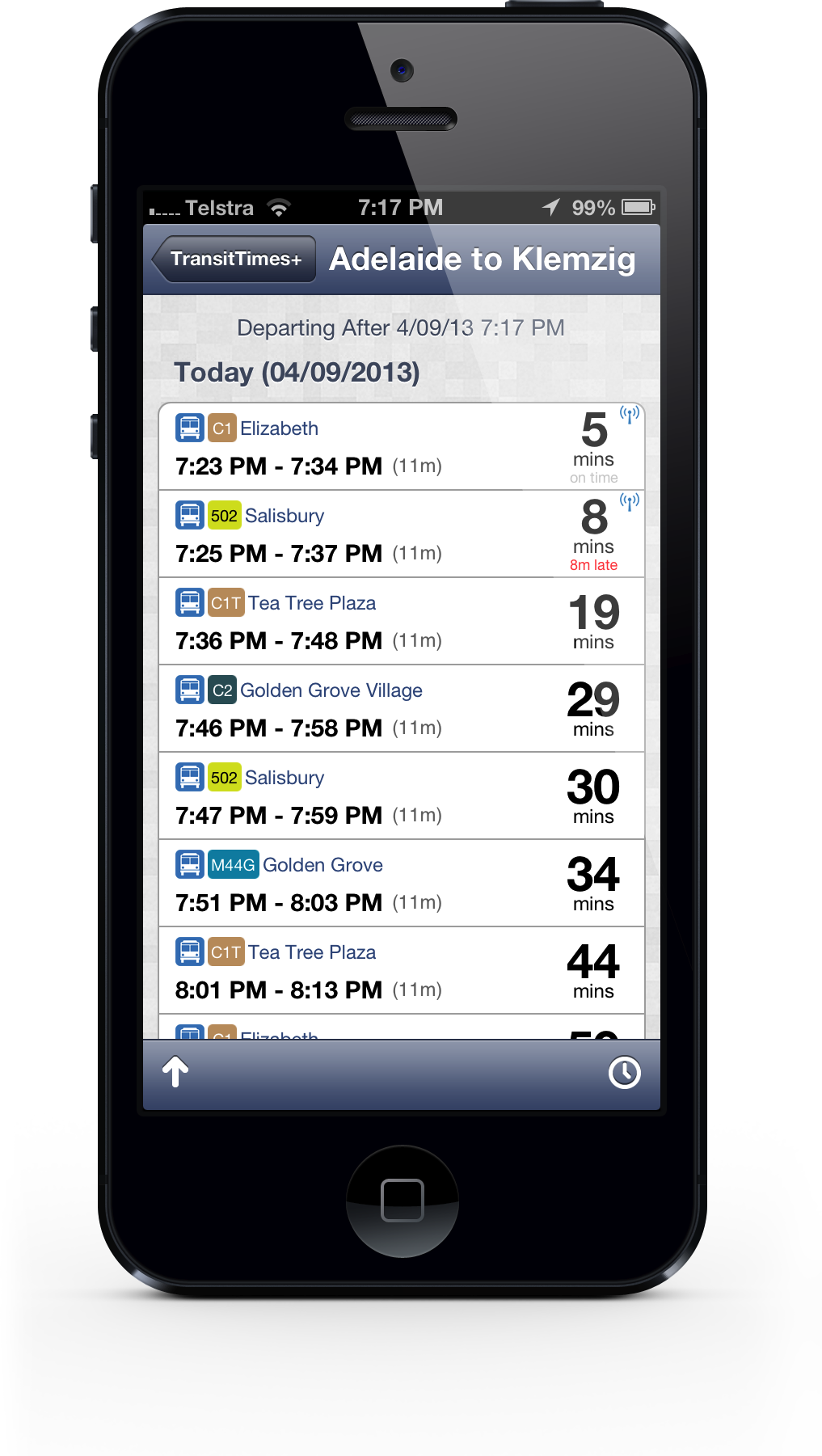 Zervaas said the app, which was developed in Adelaide, will make commuters “a bit more empowered” because it will give them accurate information about the whereabouts of their bus.

“I’ll know what time it’s generally going to leave, and before I leave I’ll say is it on time, is it 15 minutes late, what’s the deal – and if it’s 15 minutes late I can just stay home and watch TV for 15 minutes,” he said.

“And if it’s raining, you don’t have to stand out in the rain or the cold for that extra period of time. Commuters will be able to plan their trip a bit better.”

Zervaas’s app is working, and just about ready to go – but because the transport department are still testing the service they have only released data from buses running on certain routes.

Once the rest of the data is released, and he gets an okay from the transport department, he’ll release the $2.99 app (a version of TransitTimes without real-time data is currently available for download).

A department spokesperson said the real-time bus data was still being trialled, and would be released to developers to use when the trial was complete. The spokesperson declined to say when that would be.

The app is made possible by a State Government decision to release the free GPS data to the app development community. Several other apps using the data are currently in the works.

“I would say we’re a fair way ahead,” Zervaas said.

“Adelaide’s doing pretty well in this sense. People bag out that we’re behind, and at times the network struggles, but in terms of the technology there’s some good people pushing ahead and trying to get stuff done, which is pretty promising I think.”

Of course, Zervaas’s app will also provide a list of exactly how far behind schedule every bus in the state is – detailing in data what Adelaide’s commuters have been complaining about for years.

“I think it will ultimately hold Adelaide Metro to a higher standard. Maybe not intentionally, but now they’ll suddenly know this data’s exposed.

“In Sydney, they published the service alerts… because that data was being exposed to everybody, they were like ‘this isn’t good enough, we need to fix it’.

“Even if it doesn’t improve the system, it will improve people’s outlook on the system and make them happier with the service, because they can trust it a bit more I guess.”

When the real-time data goes live it will also be accessible on Adelaide Metro’s website.