The site-specific installation is a result of the artist being awarded the 2022 Porter Street Commission – ACE’s annual award supporting new artwork by South Australian artists. The lucrative $20,000 award, presented as part of the South Australian Living Artists (SALA) Festival, gives artists like Chhorn the opportunity to create ambitious new work.

Born to Cambodian migrants, Chhorn has developed a practice that is often informed by her multicultural background. Following a trip to Darwin with her mother in 2021, where she experienced a climate similar to Cambodia, the artist returned to Adelaide inspired to find a piece of land for her father to build a shade house on.

Skin Shade Night Day is a replica of the shade house which Chhorn uses as a vehicle to present a multi-channel video work exploring the daily routine and rituals such as cooking, gardening, collecting/hoarding and physical labour, practised by her Cambodian-Australian family. The video footage was filmed in the real shade house, from when her dad started building it to when her mum started growing plants in there; there is also footage captured around the house over the past summer. 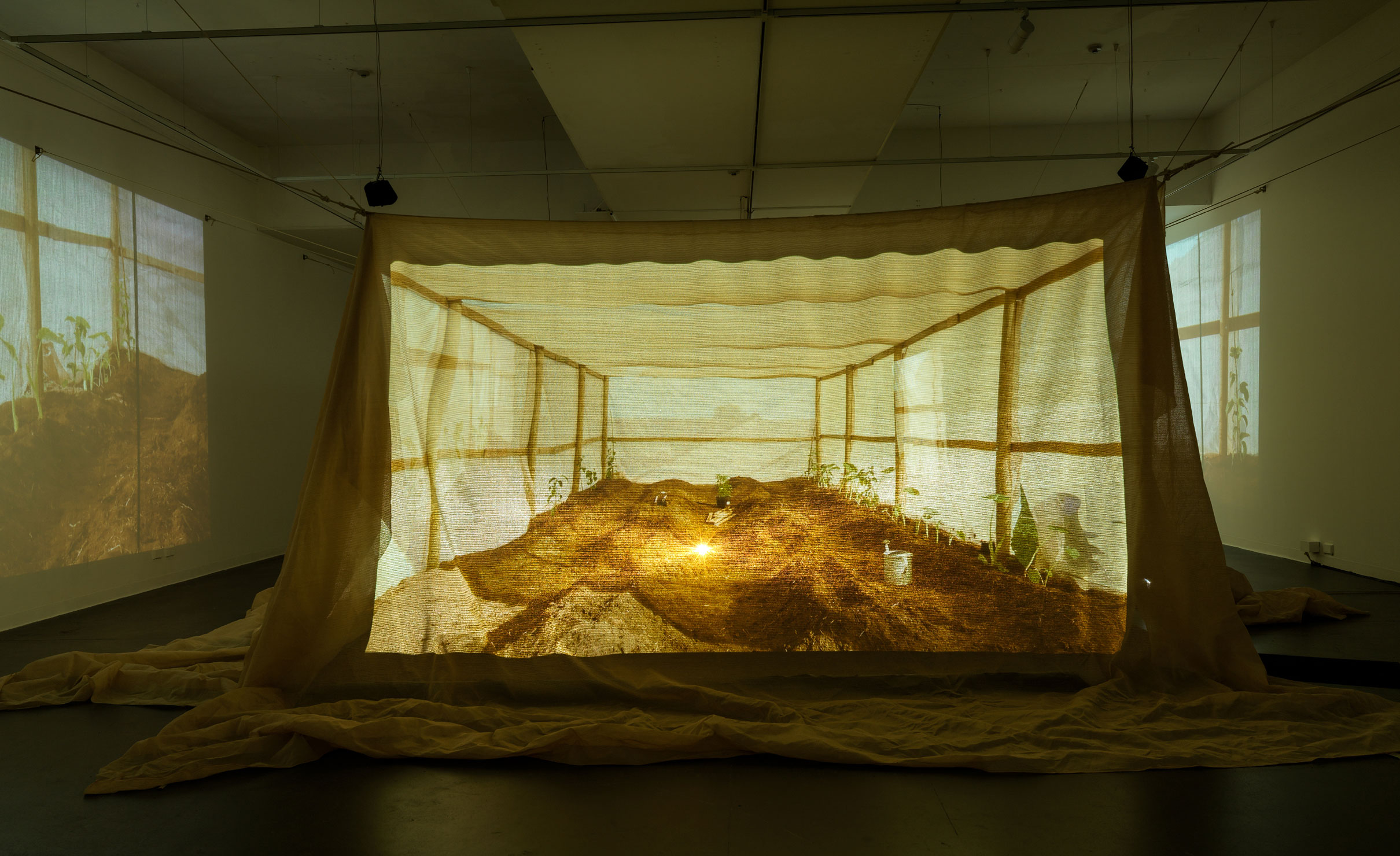 Chhorn’s shade house encapsulates the impact of migration and displacement, and how cultural practices and rituals by migrants living in Australia continue as a way of preserving heritage.

The artist observed that her parents’ lifestyle has barely changed since leaving Cambodia more than 40 years ago and much of this gardening and routine is done by hand. Immersing herself in their ritual gave the artist time to talk to her parents about what they had endured under the regime of the Khmer Rouge.

Chhorn wasn’t asking direct questions to piece together her family history but, by creating an environment and following routine cultural practices that reminded her parents of those times, they would share stories of things that happened in the past. 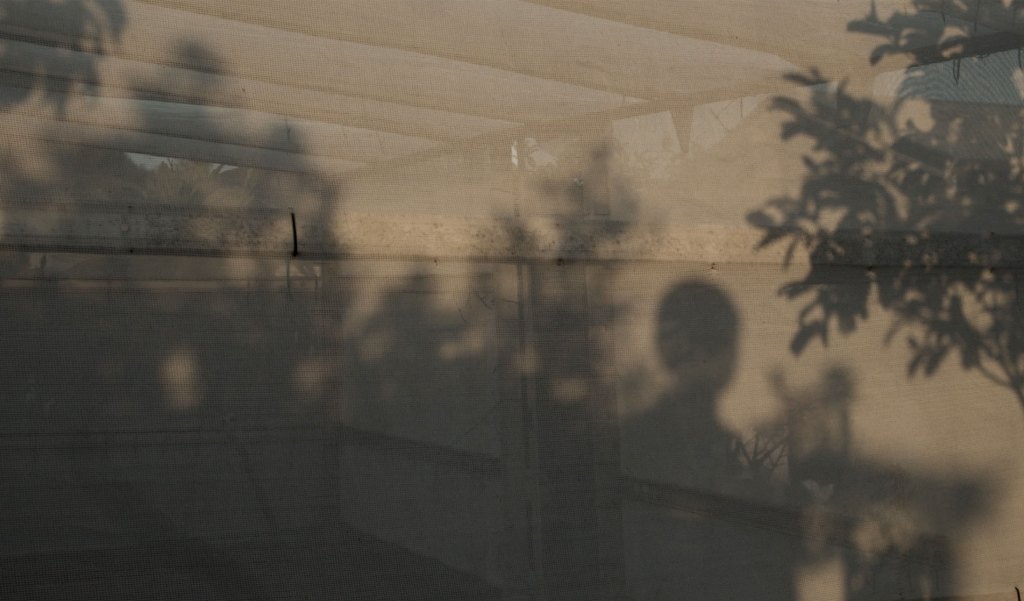 For Chhorn, the shade house represents a physical place where she can shelter her parents. It represents a safe place where they can do their gardening. Security is a priority for Chhorn’s family as a result of experiencing a time without it, especially during the 1970s and ’80s under the Khmer Rouge’s tyrannical reign.

“I wanted to capture the daily practice of gardening, the things my parents do around the house, the sense of security, in terms of closing the doors and making sure everything is secure,” she explains.

“The video projections are quite abstract at times, so I wanted to capture their daily routines, especially through sounds like the domestic sounds of cooking in the kitchen.”

Chhorn has created a very subtle immersive atmosphere where the viewer is transported to another time and place. Even though you’re in the middle of the city in winter, inside the shade house it feels like a long hot summer’s day with the sounds of cicadas and the golden light of the warmer months shining through.

The shade house is full of mesmerising sounds and visual imagery which draw in the audience through connections to family and memory. 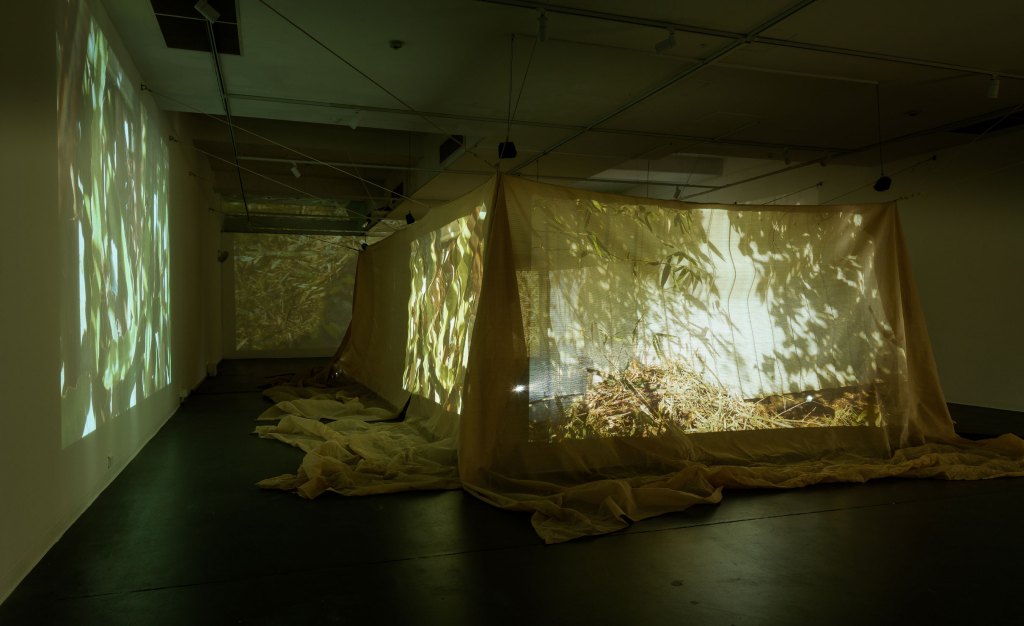