The horrors of World War II prompted great changes in artistic expression throughout the world ­– how could maintaining the status quo be justified after such disruption? In Japan, the traditional rise to prominence of an artist – almost without exception male – involved years of emulating his master until he had earned the right to add his own, small, personal touch to what was still essentially traditional work. 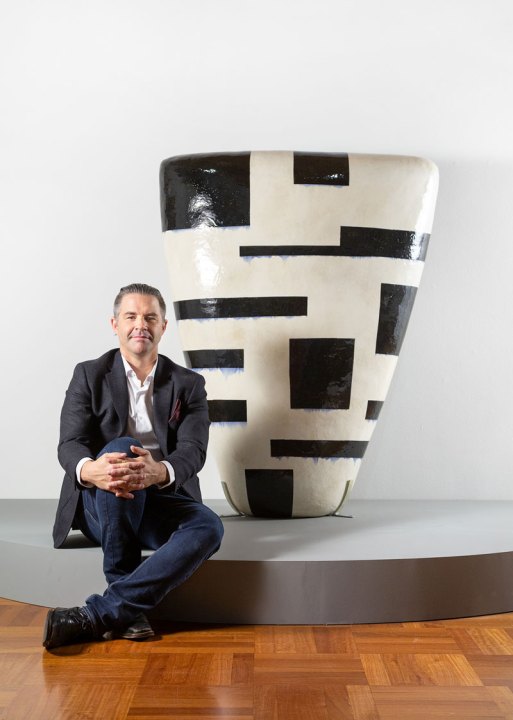 The destruction the war wrought on the nation – the shame, the fall of the Emperor from divinity and the American occupation – all prompted the rise of the avant-garde in which female artists such as Yoko Ono and Yayoi Kusama found a voice. ­Art movements such as Gutai, Mono-ha and Jikken Kōbō emerged from the ashes in a spirit of defiance and self-determination.

The ceramic arts were no exception, with groups such as Shikōkai (Society of the four harvests), Sōdeisha (Crawling through Mud association) and Joryū Tōgei shifting the emphasis from functionality to ceramics-as-sculpture, or as objet, the term preferred by these Japanese ceramicists of this new era, among them many female ceramicists who had previously remained out of sight.

Pure Form is a once-in-a-lifetime curation of more than one hundred objects in earthenware, stoneware and porcelain, gathered from public and private collections ­– most notably from the contemporary Japanese ceramic collection of Raphy Star ­– and curated with scholarly care by AGSA’s curator of Asian Art, Russell Kelty. 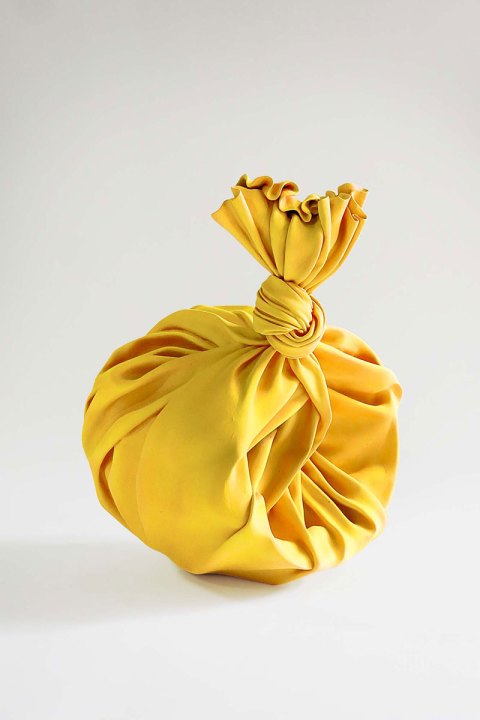 This scholarly approach ­­– as evidenced by the excellent essays in the lavishly illustrated catalogue accompanying the exhibition ­– does not detract from the sheer, awe-inspiring beauty of the pieces in Pure Form, nor make it any less accessible.

Some works emphasise the extraordinary technical skill required in firing, such as Kaneko Jun’s jaw-dropping one-and-a-half-metre-high Untitled triangle (dango); Moriyama Kanjirō’s Kai (Turn) VIII, which appears to float, despite its sharp, sheet-metal appearance; Fujikasa Satoko’s Untitled, in which she has transformed the material weight of Shigaraki clay into a light-as-air representation of wind, wave or another dynamic moment captured from nature, and Tanaka Yū’s Yellow sculpture in the shape of a furoshiki (cloth wrapping). The emergence of female ceramicists, an important factor in the rise of this new ceramic movement, is well represented here.

The great range of ceramic expression is arranged both chronologically and thematically, with rich contrasts seen between works such as the mingei (folk art) inspired Untitled (standing boy) by Akio Takamori, and Mishima Kimiyo’s expression of anxiety over the tide of disposable newsprint and cardboard in her Box Batter-17; between Shingu Sayaka’s No. 3, Erosion, a fragile flower fired from black clay, and Yamada Hikaru’s Silver Screen (Kindei sukurīn). 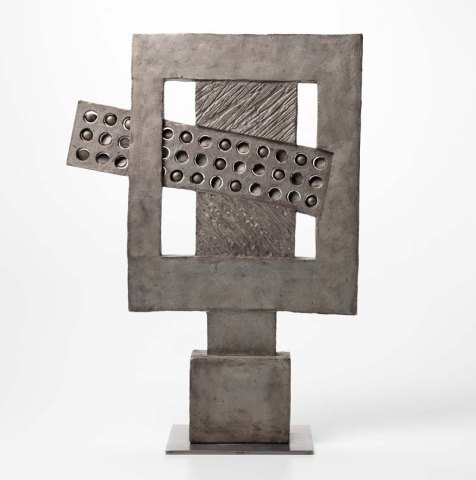 Tradition has not been abandoned, so much as metamorphosed: Yoshikawa Masamichi uses the traditional seihakuji glaze on his non-functional 35 Ban, and Takahiro Kondō references the blue and white patterning in Time and space while incorporating abstract, western-inspired motifs.

Pure Form is an exceptional, ground-breaking exhibition that enhances the representation of modern and contemporary Japanese currently on display at AGSA. Together with Yayoi Kusama’s THE SPIRIT OF THE PUMPKINS DESCENDED INTO THE HEAVENS and Chiharu Shiota’s Absence, Embodied, Pure Form must not be missed. 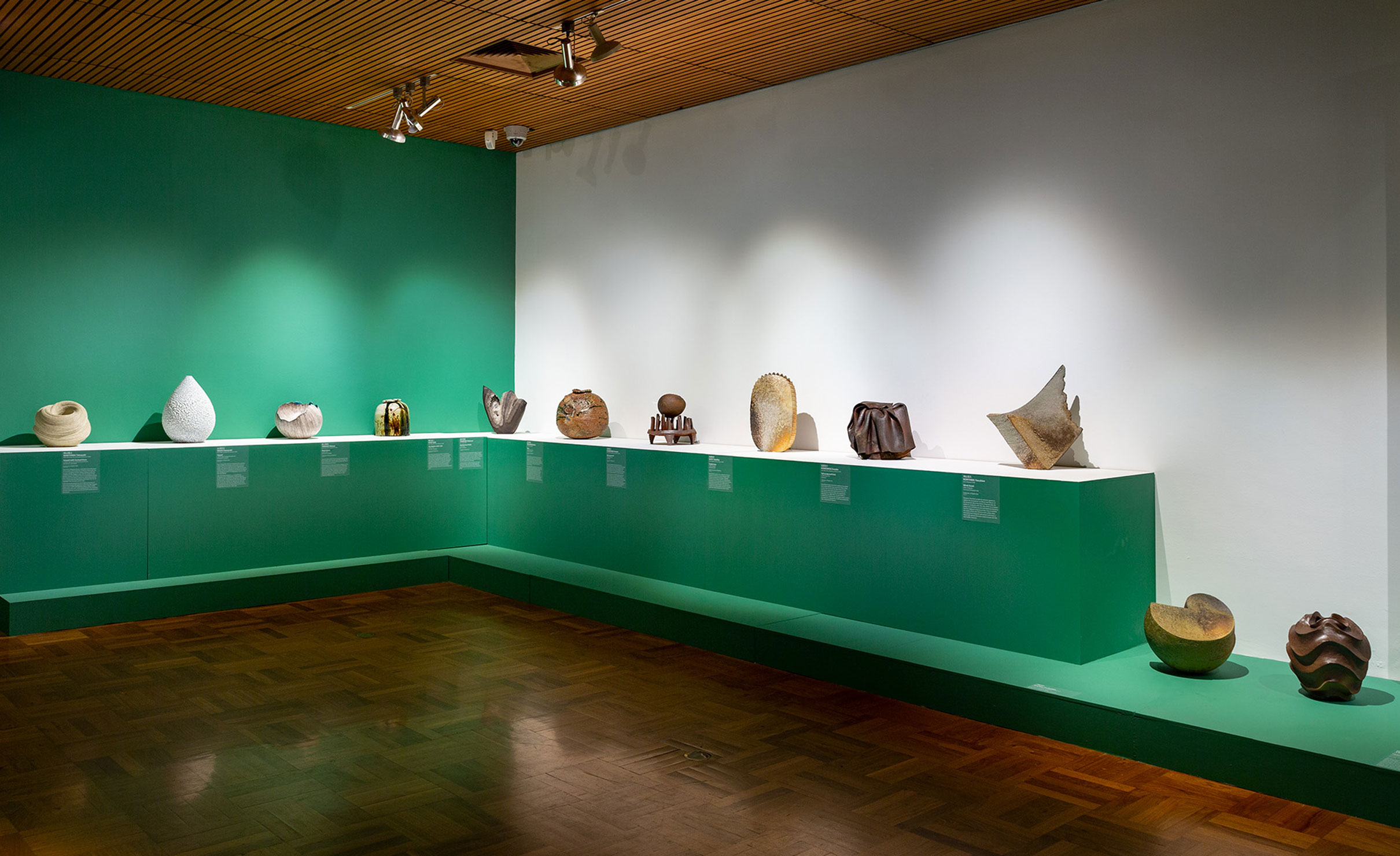