A voice warns me to watch out for the ghosts as I squeeze through the side door of the former Church of Christ on Prospect Road. I’ve visited enough old buildings over the years, holy or otherwise, to take the occasional rumoured haunting in my stride. But in this instance Ray Harris is being quite literal: her studio space is currently home to a variety of spectral figures of her own creation, along with a triangular wooden house that takes up almost the entire room.

No. 69 Prospect Road has been Harris’ creative home for the past six years and change, when she took over the deconsecrated church and adjoining meeting hall to build Holy Roller Studios.

“It’s always been really important to me and a part of my practice to do things that also help the arts community, and create opportunities for other artists,” Harris explains. “Right when I got out of uni, me and some other friends started a space on Gresham Street that I think is still there – I’m not sure what it’s turned into now, but it’s still some sort of [creative] space.” 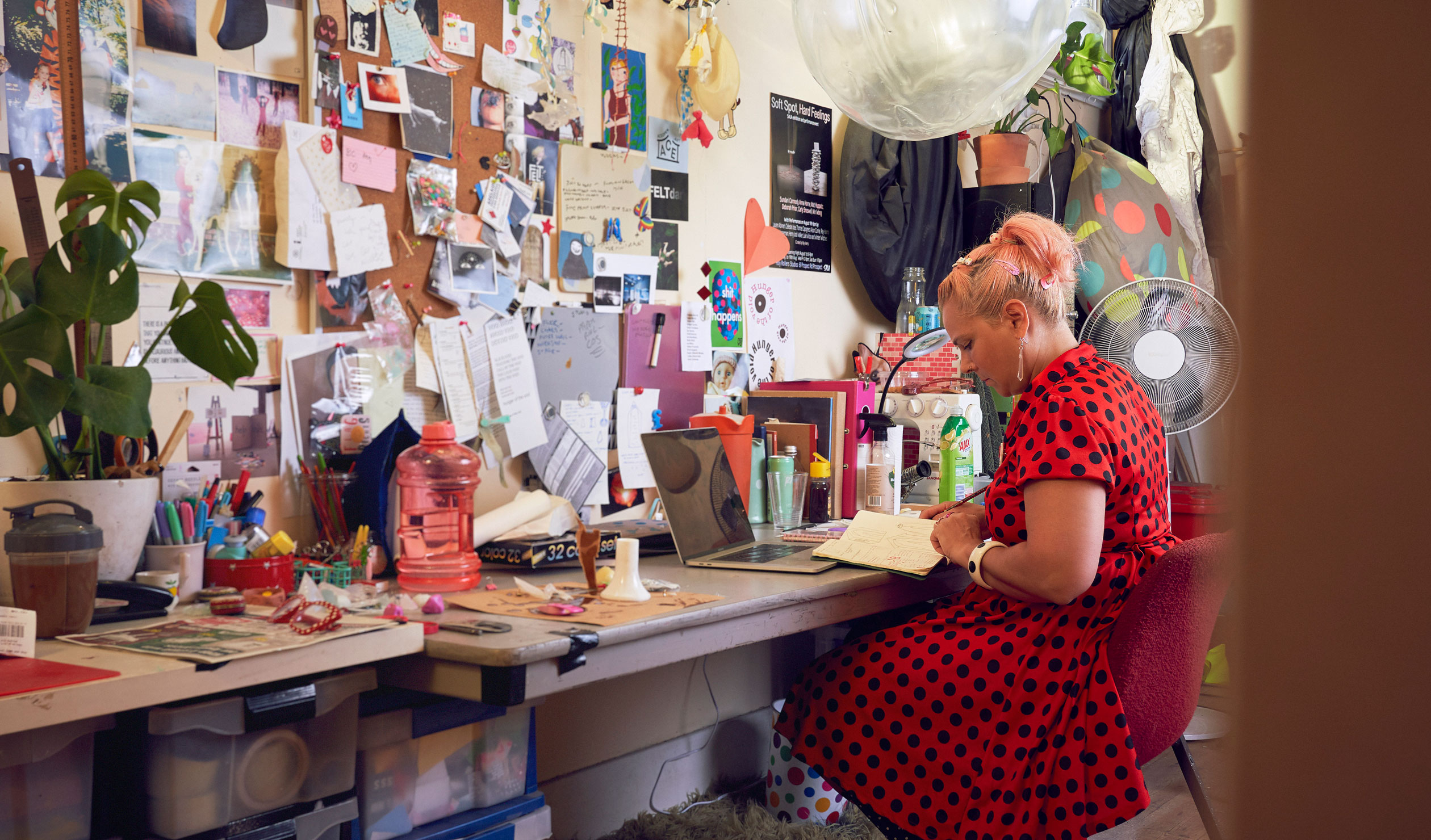 Ray’s studio space is a hive of creativity and inspiration. Photo: Aubrey Jonsson

When she noticed the church near her home in Prospect had been listed for lease, Harris took on this next community-building project herself, partitioning the rear building into 13 distinct but open and airy studios that have hosted dozens of local artists over the years. For a while the street-facing church building – complete with altar and adult-sized baptismal font – became a regular performance and exhibition space where in recent years Harris hosted a string of SALA exhibitions.

But in 2020, she vacated the front part of the building to make way for a showroom for a planned real estate development. In the very near future, it promises to subsume much of the corner block – and force Holy Rollers to a grinding, if temporary, halt.

“At some point soon they’ll knock all this down and build apartments,” Harris says. “So we’ll have to move, which is really sad because it’s such a great space. You can’t really find spaces like this anymore – there are warehouses, but there’s something about a big old church.” 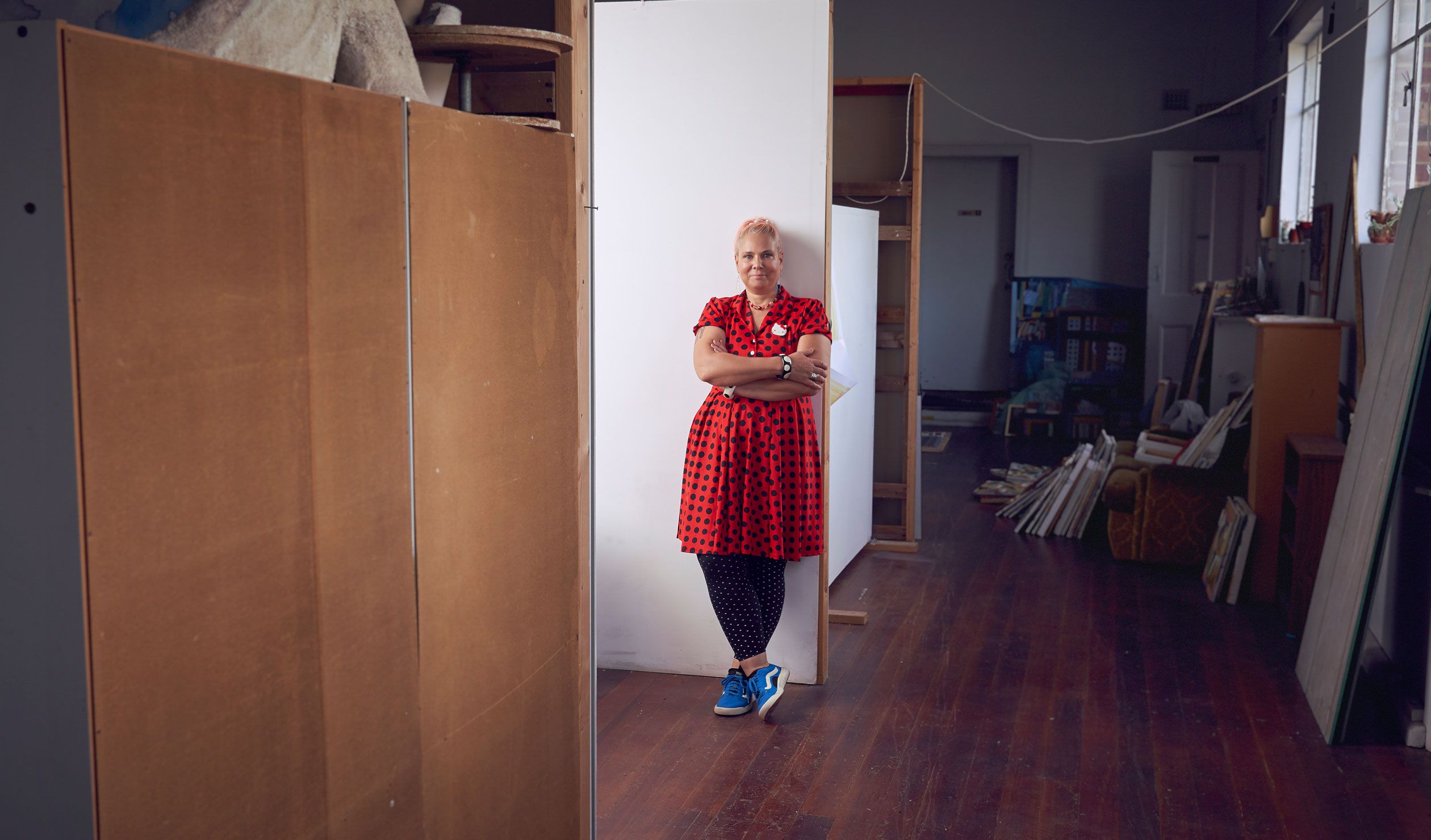 The rear of the old church at 69 Prospect Road has hosted many artists. Photo: Aubrey Jonsson

Set to take over Adelaide Railway Station’s expansive North Eastern Concourse through a partnership with Renewal SA, this pop-up initiative was created partly in response to the upheaval of the pandemic. But it’s also a way of addressing what Harris describes as a “gap in opportunity” for mid-career artists – and a wider trend of spaces disappearing around the city. For Harris, Neoteric is a “declaration of the importance of artists”.

This is why we encounter Harris on this particularly sweltering January afternoon building a haunted house inside this doomed church, as she works away at her own contribution to Neoteric – an as-yet untitled installation that picks up a recurring thread of trauma, grief, memory and identity seen across her work.

For Harris, the pandemic brought the importance of her own art into greater focus, as she processed the loss of her mother, who passed away just before the virus hit Australia.

“I could really take my time and channel my very fresh grief into the work with less pressure,” she recalls. “Most of this work was done in nature, alone, which was really comforting. It was a really meaningful way to process a very difficult time personally and globally, and create significant new bodies of work.” 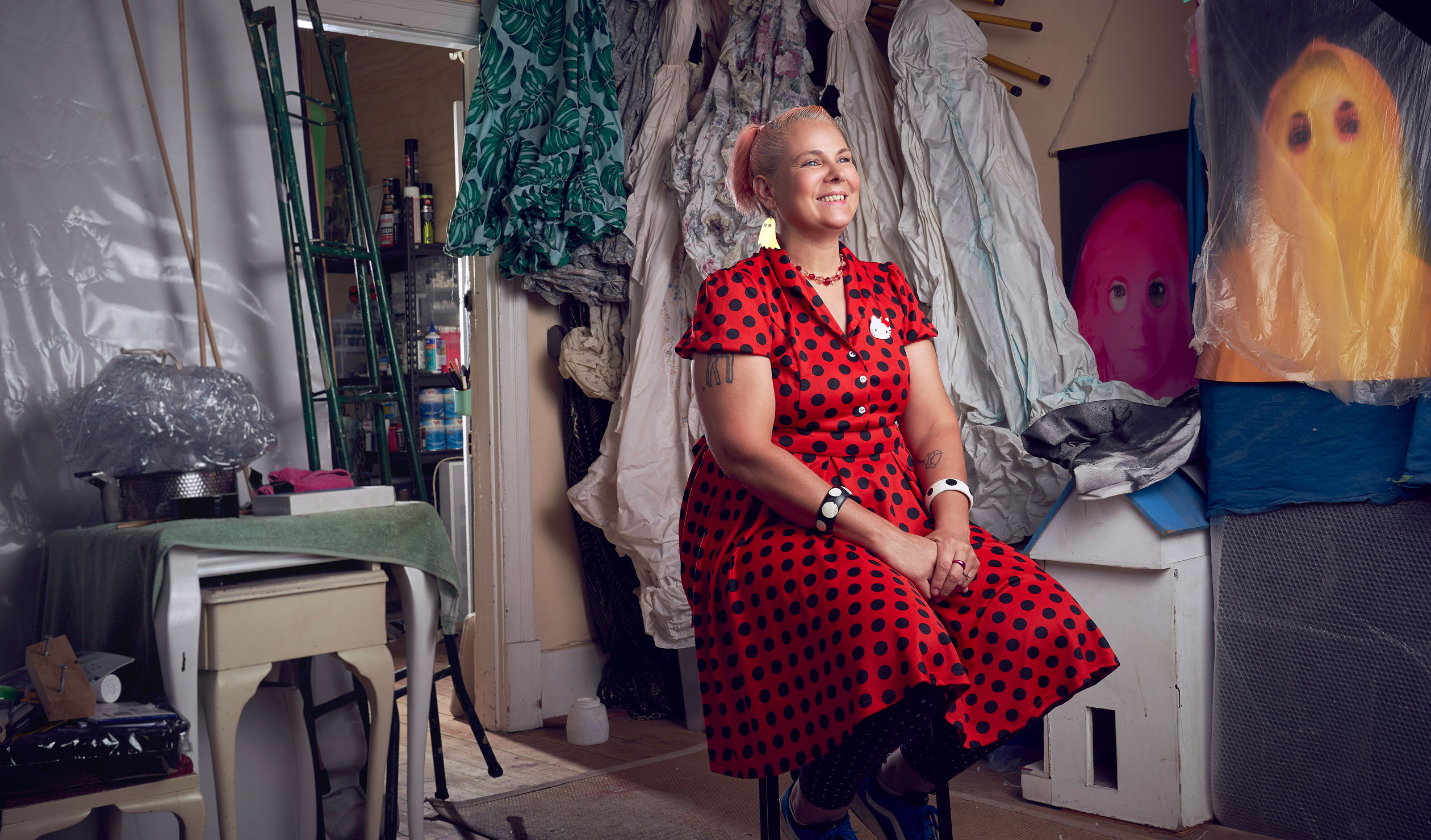 Ray Harris in her studio surrounded by the ghosts of projects past. Photo: Aubrey Jonsson

That initial period of creation allowed Harris to complete Ritual Nature, a project that she regards as her most expansive set of work to date. Undertaken as part of Guildhouse’s Collections Project series, Ritual Nature saw her draw upon the collection at Flinders University Museum of Art to create a set of performance-based videos ruminating on mortality and cleansing rituals. With the backing of a State Government recovery grant and a spot in Adelaide Festival’s umbrella program, Harris hopes Neoteric can provide similar support and encouragement for the other artists featured.

And while Holy Rollers’ immediate future remains in the air, at least Harris and the community spirit she’s built around the place aren’t going to give up the ghost.

Read more about Ray Harris and her arts practice on her website. Neoteric will be presented from March 1 until April 10 on the North Eastern Concourse at Adelaide Railway Station and is part of the 2022 Adelaide Festival program.

What we know today, Thursday May 19