Sue Ninham is no stranger to upheaval. At the age of 40, having spent years working in graphic design, she decided to cut her ties with the publishing industry and pursue a long-held dream.

“I felt this urgency, always wondering if I could have ‘made it’ as an artist – whatever that means,” she explains. “I went, ‘right, that’s it, I’m not an illustrator any more’.”

A few years later, she found herself starting over once again – and embracing another new medium in response.

“I’m actually a painter, but in 2017 my marriage fell apart and I made these ‘Separation Frocks’. For whatever reason, I was compelled to make something that I could wear, almost like wearing my grief. The canvas didn’t cut it; it was the idea of wrapping myself in it and going out into the world.

“I was a bit possessed – I think it was like a purging of sadness and grief, and since then I’ve continued that process.” 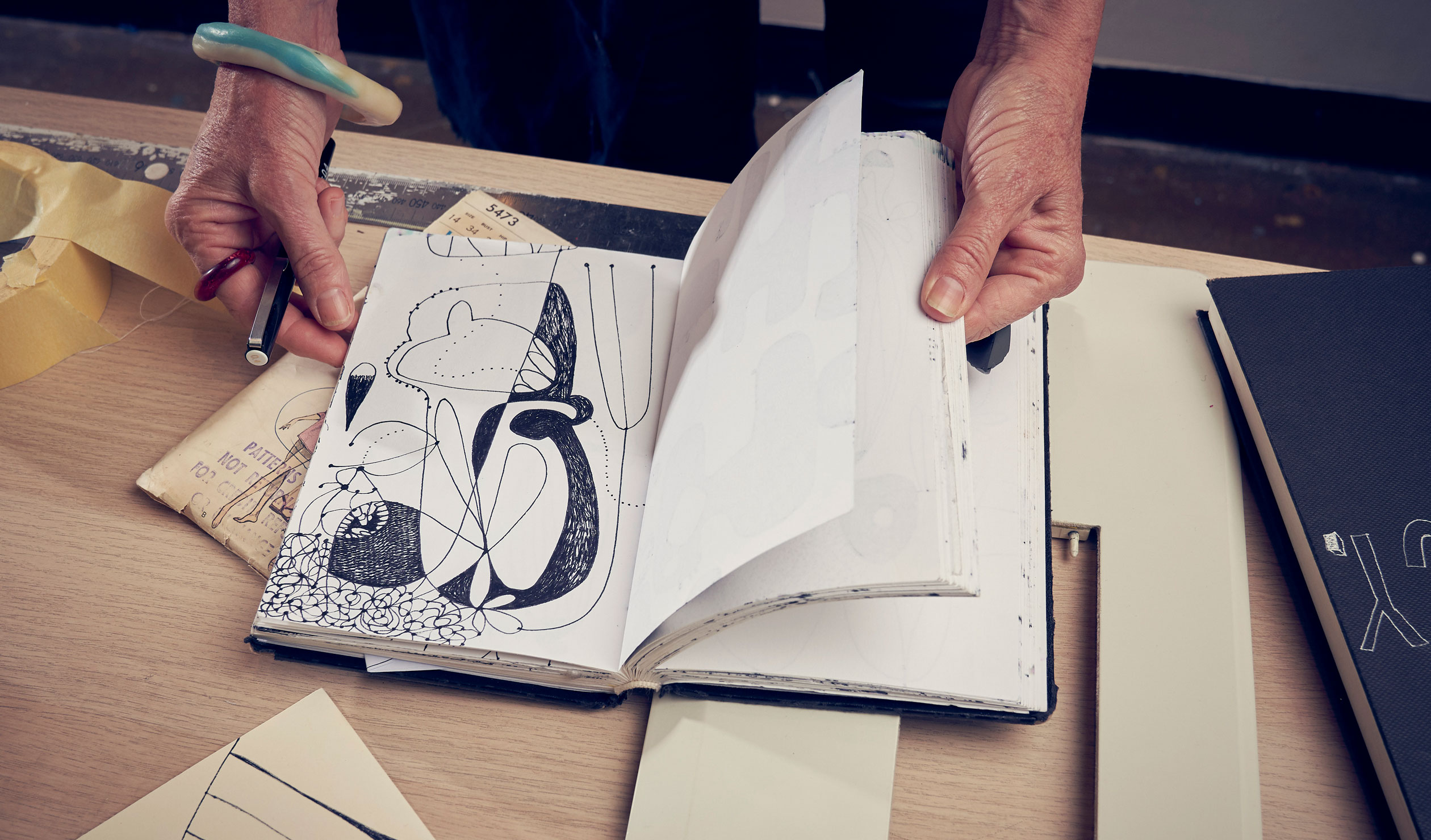 Before embarking on her career as an artist, Ninham was an illustrator. Photo: Aubrey Jonsson

In the windowed studio space at the foot of the City of Adelaide’s Pirie Street offices – dubbed the Artpod – Ninham is once again stationed behind a sewing machine as the products of her grief and resilience hang festooned overhead.

“That’s my ‘Love Frock’, that’s my ‘Compensation Frock’, that’s my ‘Infidelity Frock’, and then my ‘Honesty Frock’,” she says as she works her way around the space, pointing out with pride a recently completed ‘Kaftan of Courage’ and her ‘Iceland Dress’. Made out of found materials including an old sheet and a wisp of sheep’s wool, Ninham made the latter during a residency in Iceland in January 2020 — an experience that was cut short when the pandemic forced her back to Australia.

Out of that chaos, making these works has given Ninham some much-needed grounding.

“I make my own clothes but for some reason, rather than painting, I was drawn to sitting and sewing – this meditative, slow, deliberative process.” 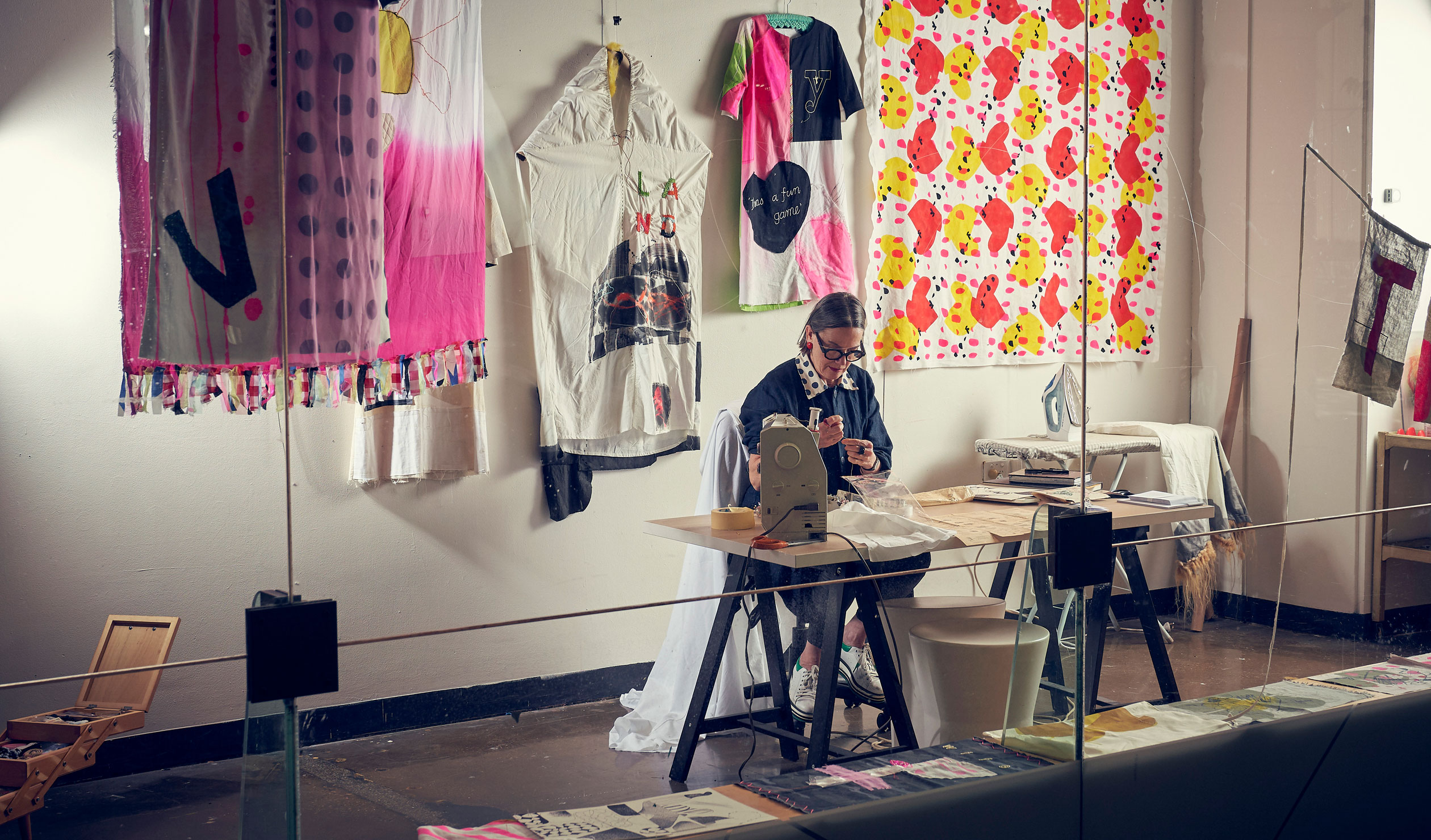 In the Artpod studio space, Ninham is surrounded by her artworks – including, directly behind her, the ‘Iceland Dress’. Photo: Aubrey Jonsson

For her latest project, Ninham has combined this fabric-based catharsis with another important source of daily deliberation: her morning routine of sitting down with her coffee and breakfast and thumbing through the news.

“Like most of us, I skim and just read headlines, and whatever headline resonates for me on that particular day is, I think, dependent on my mood or what’s really trending in terms of what’s really in my head. It occurred to me how interesting it is that in that process, I’m dismissing a whole lot [of other stories].”

For the four-month duration of her residency, Ninham plans to select and display one news headline per day on a large screen inside the Artpod. With streams of CBD office workers taking a shortcut past the space every day, she hopes that curious rubberneckers will be inspired to scribble their own response to her curated highlights of the news cycle, which she will in turn recycle into a new work.

“I’m going to have a mailbox there and I’m going to invite people to react to that headline,” she says. “Then I’ll collect that mail from the letterbox and I will pick one of those responses out and react to it creatively. Maybe it will be through a series of drawings to get me going, and then one of those or parts of those drawings will find their way into a garment – and it’s going to be a cloak.” 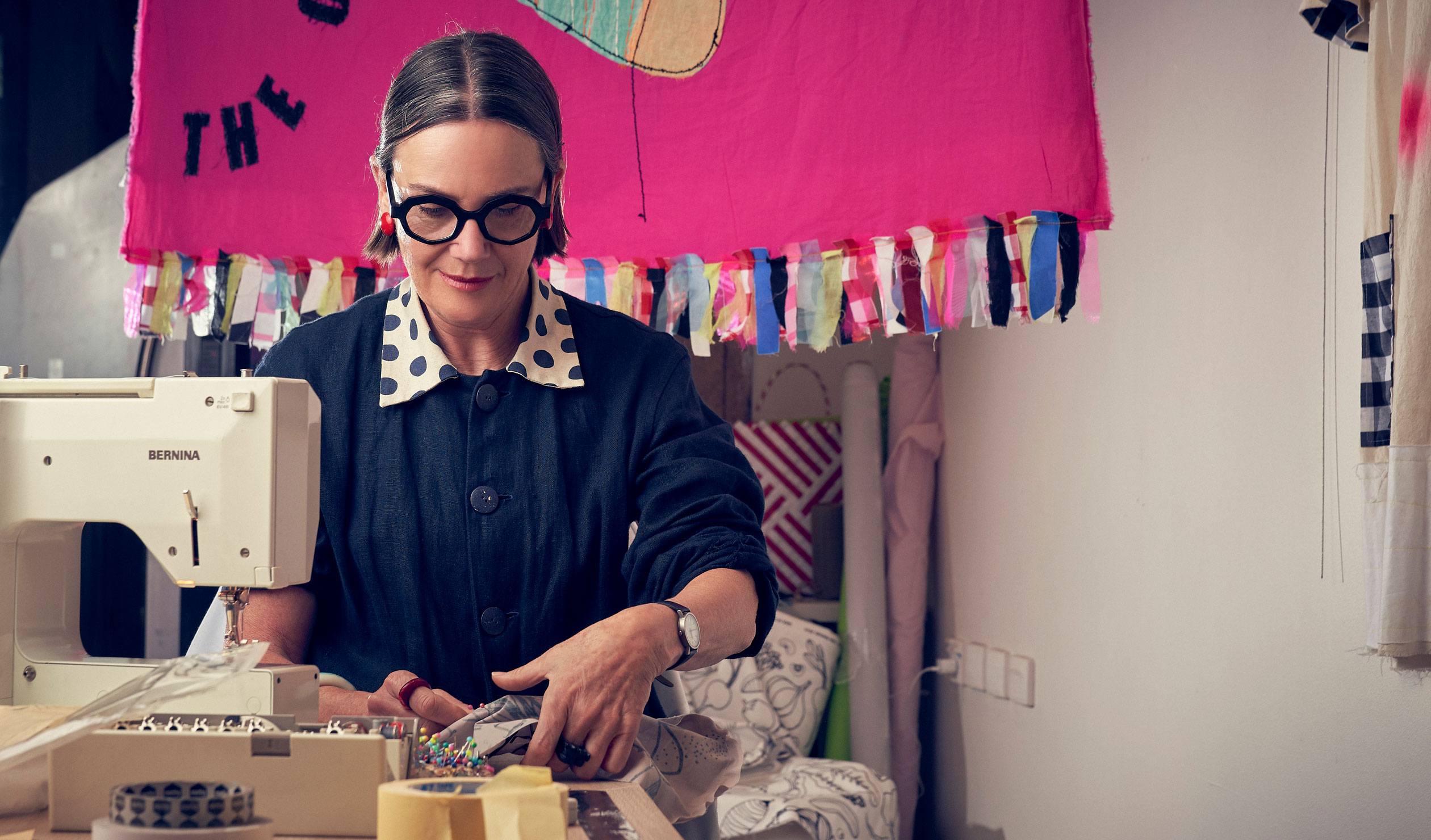 Sitting and sewing can be a meditative process. Photo: Aubrey Jonsson

More than a dress or kaftan, the cloak form is particularly suited to navigating the infinite scroll of online news.

“I’m going to go back to a cloak, because a cloak can grow. The idea is that I’m starting at an ankle length, and then I will start to weave those stories and comments into it using text and paint and stencilling. I’m here for four months, so what I’m hoping is that it will grow and grow and grow.”

Ninham hopes that, at the end, she will have stitched into the garment a highly subjective snapshot of four months’ worth of news. And, while the exact content of more than a hundred days of headlines remains unknown, Ninham won’t be surprised if upheaval proves itself to be the only constant.

“I think there’s nothing like a big traumatic event in your life, especially if it comes out of the blue,” she reflects. “It’s either going to close you down and make you terrified, or make you go, ‘oh my god – now I can handle anything’.” 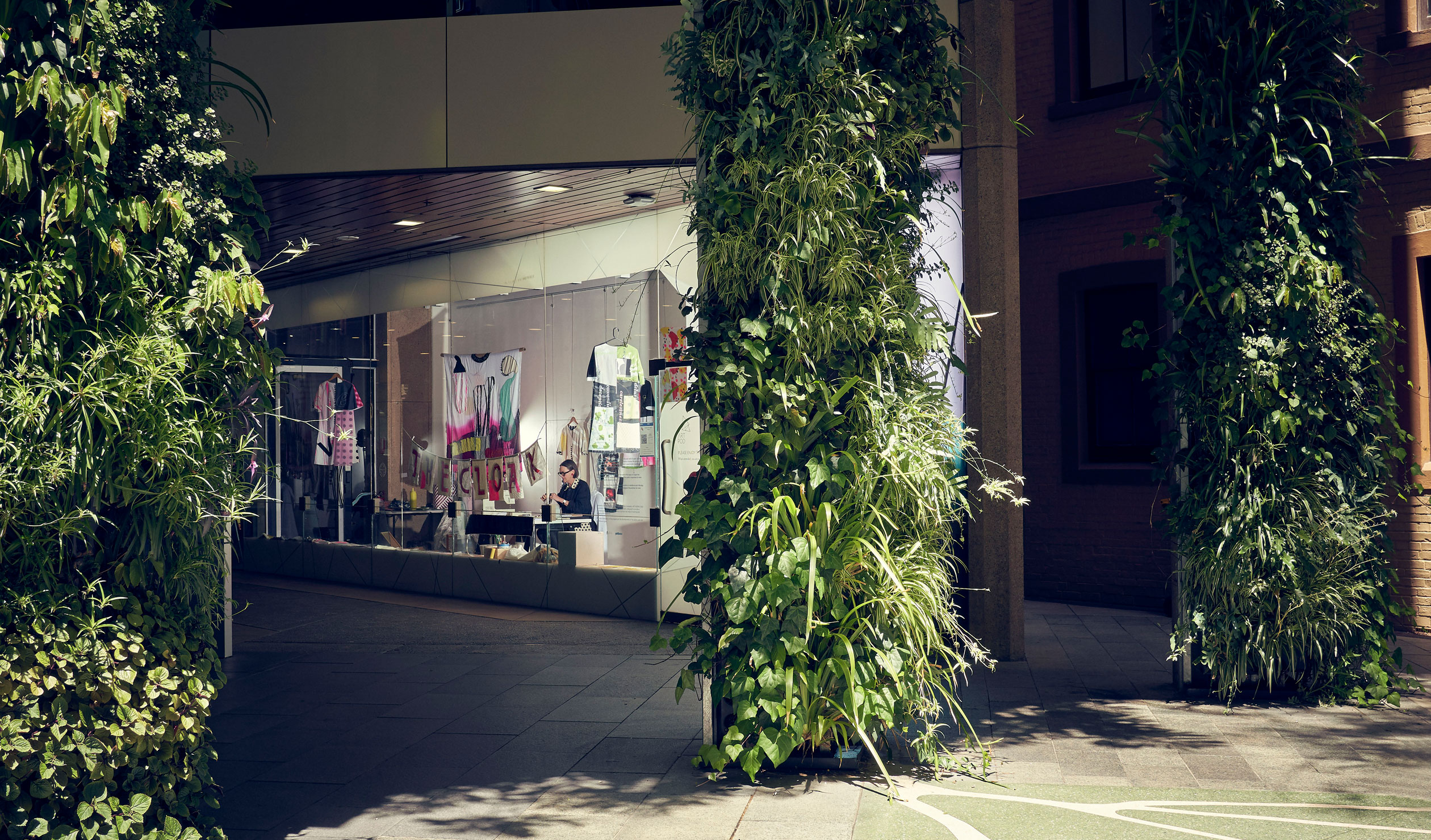 Sue Ninham is ART WORKS artist-in-residence at Artpod, 25 Pirie Street, until February 2022. Read more about her practice on her website. The ART WORKS program is delivered by Guildhouse in partnership with the City of Adelaide, and Guildhouse is currently seeking applications for the ART WORKS Early Career Curator and ART WORKS Artist and Writer in Residence programs. More information is available here.