Academy-award-nominated film director Scott Hicks is also an accomplished photographer and has spent the past five decades documenting the world around him, which has mostly consisted of artists from a range of disciplines. Titled Stolen Moments, his new solo exhibition at BMG Art features candid portraits of great artists, actors, writers, musicians, dancers, composers and others with whom Hicks has crossed paths. 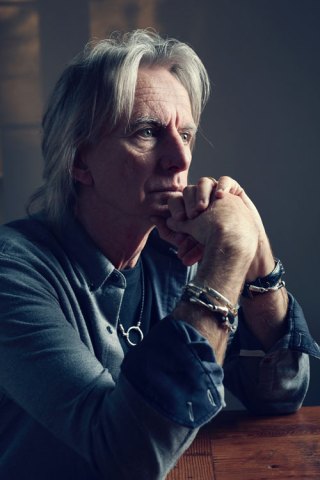 “It’s about people amusing themselves, amusing us and at the same time responding to their muse,” states Hicks. “Everyone in the show is in some way or other at work, or in the context of work. They aren’t organised portraits; they are fleeting moments.”

Following on from his previous exhibition – Misspent Youth at Hill Smith Gallery in 2015, which comprised rock ’n’ roll photographs from the ’70s and ’80s – Stolen Moments includes the very famous as well as the lesser-known. From images of American poet Allen Ginsberg performing at Flinders University in 1972, to an image of visual artist Bert Flugelman with his maquette of the malls balls, the photographs capture moments in time and are a historical documentation of the creative industries.

In Stolen Moments, Hicks is exploring the notion of the passage of time and ageing. This is particularly evident in the images taken 30 years apart of busker Sam Prest, whom the director cast in one of his films. Also reflected in these photographs is the concept of obsession, and in particular, artists who are consumed by their passion.

While Hicks has adopted digital technology, Stolen Moments also pays tribute to traditional film in the way the photographs are presented.

“Most of these images originated on celluloid back in the day and I am embracing that and the transition to digital,” explains Hicks. “I am working on a large scale and including the sprocket holes and edge numbers, making the images more like artefacts.”

Hicks, the consummate storyteller, has contextualised each photograph with a brief story, and these are just as fascinating as the images themselves. For example, the picture of Peter Weir with David Gulpilil on the set of The Last Wave captures a significant moment in time. The Last Wave was one of the earliest productions of the South Australian Film Corporation. Weir came to live in Adelaide because of it and made three movies during that time, making a significant contribution to the revival of the SA film industry. 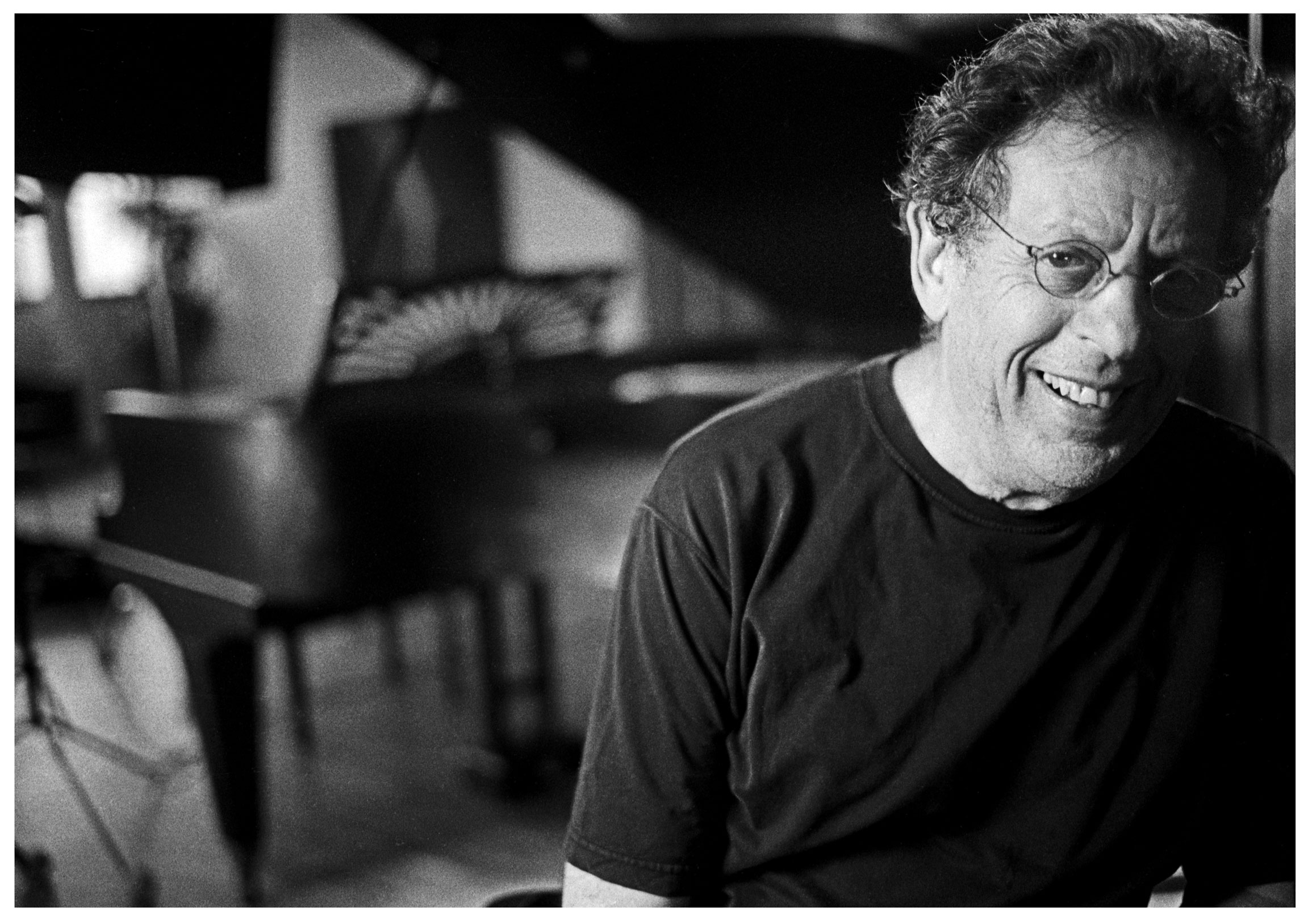 Philip Glass backstage in Erfurt, Germany, in 2005 during rehearsals for his opera Waiting for the Barbarians. Scott Hicks took the photo while making his documentary about Glass.

Some of the images encapsulate personal moments for Hicks, such as the photograph of Anthony Hopkins on the set of Hearts in Atlantis, which was taken at the end of an intense period of working together.

Other significant photographs include those of David Helfgott playing the piano, taken when Hicks was first discovering his story – a story which would become the film for which he is best known, Shine. There is also a photograph of Helfgott in what he calls the Shine pool, because he built it with his first share of profits from the film. The image was taken in 2020 after 25 years of performing all around the world following the success of Shine. 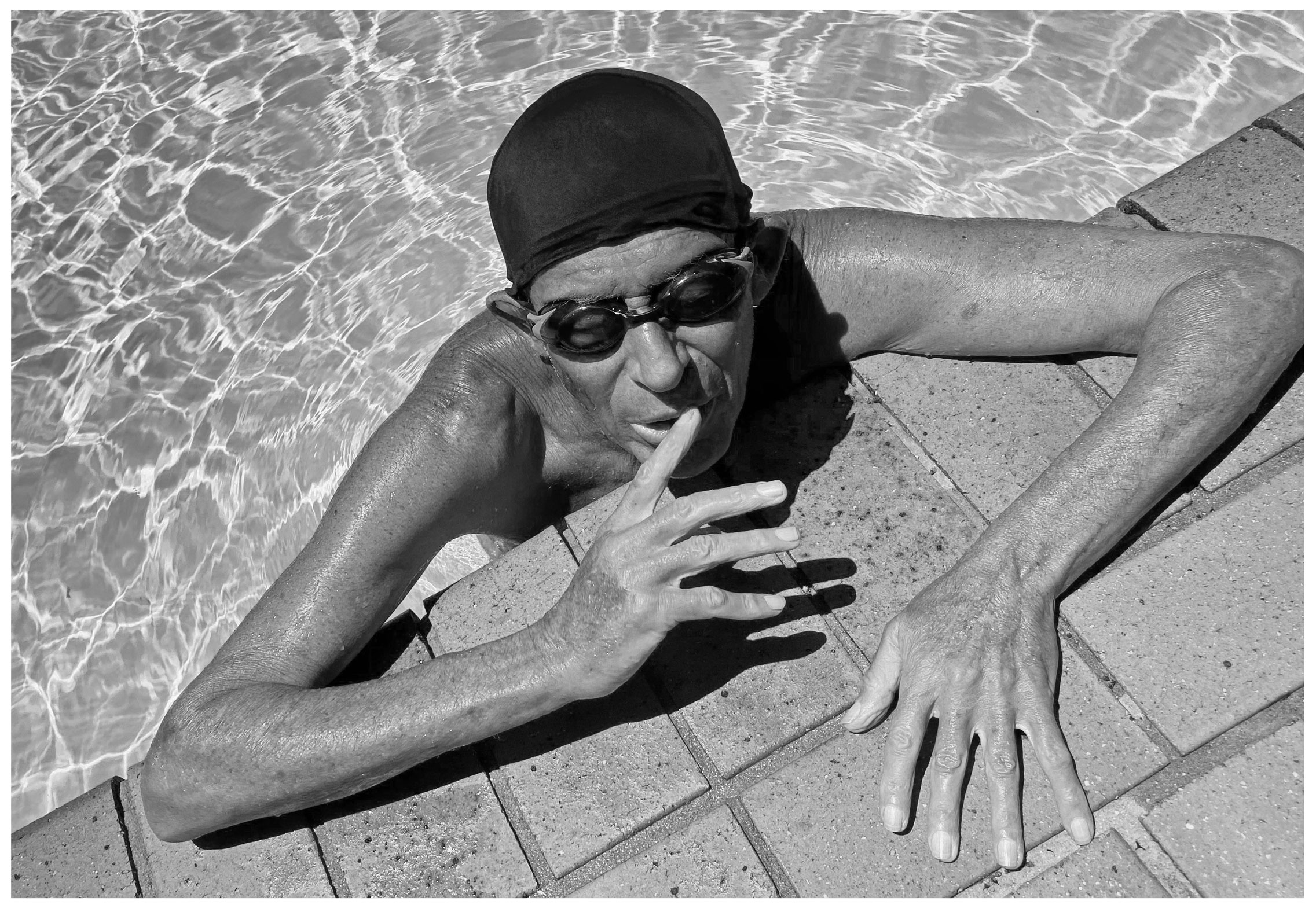 David Helfgott in 2020 in what he calls his ’Shine’ pool – built with his first share of profits from the film. Photo: Scott Hicks

It’s these moments – stolen off the cuff, as opportunity allowed, with no fussing around, no posing – that make Hicks’ images so important and so special. While the photographs are reflective of his personal interactions and relationships with these artists, he hopes that the audience also finds it interesting to see these artists at work.

“I thought about what will happen to these images. I wanted to put them out there so they exist for a moment in a wider context, because until now they have all been my private pleasure and hobby and I want to share them.”

Scott Hicks – Stolen Moments will be at BMG Art from October 22 to November 23.