BIOPIC or Charles Geneviève Louis Auguste André Timothée is the first feature film by Marseille-based, Adelaide-born artist Madison Bycroft and was made possible with the assistance of the South Australian Film Corporation. The film focuses on the life of Chevalière d’Éon, an 18th-century French diplomat, spy and soldier who lived openly as both a man and a woman. However, as the crossed-out title suggests, it’s not a biopic as we know it.

The wigs, make-up, costumes and opulent, theatrical aspects of 17th and 18th-century French and English society are wonderfully portrayed by Bycroft. The 1 hour 47 minute, single-channel, 4K video artwork is best experienced in full but if you can’t commit to this, there is still a benefit in visiting and viewing the film in part, dipping into the narrative where you can.

“Madison’s work is often dense with references and overlapped themes, so it can be hard to pin a central thread,” says Samstag curator Gillian Brown. “This is quite deliberate, and is one reason why I think this feature-length film can still operate in a gallery context.

“Even if you enter partway through, the layering of ideas and references is done in such a way that something can be gleaned at any point, over and above a narrative.” 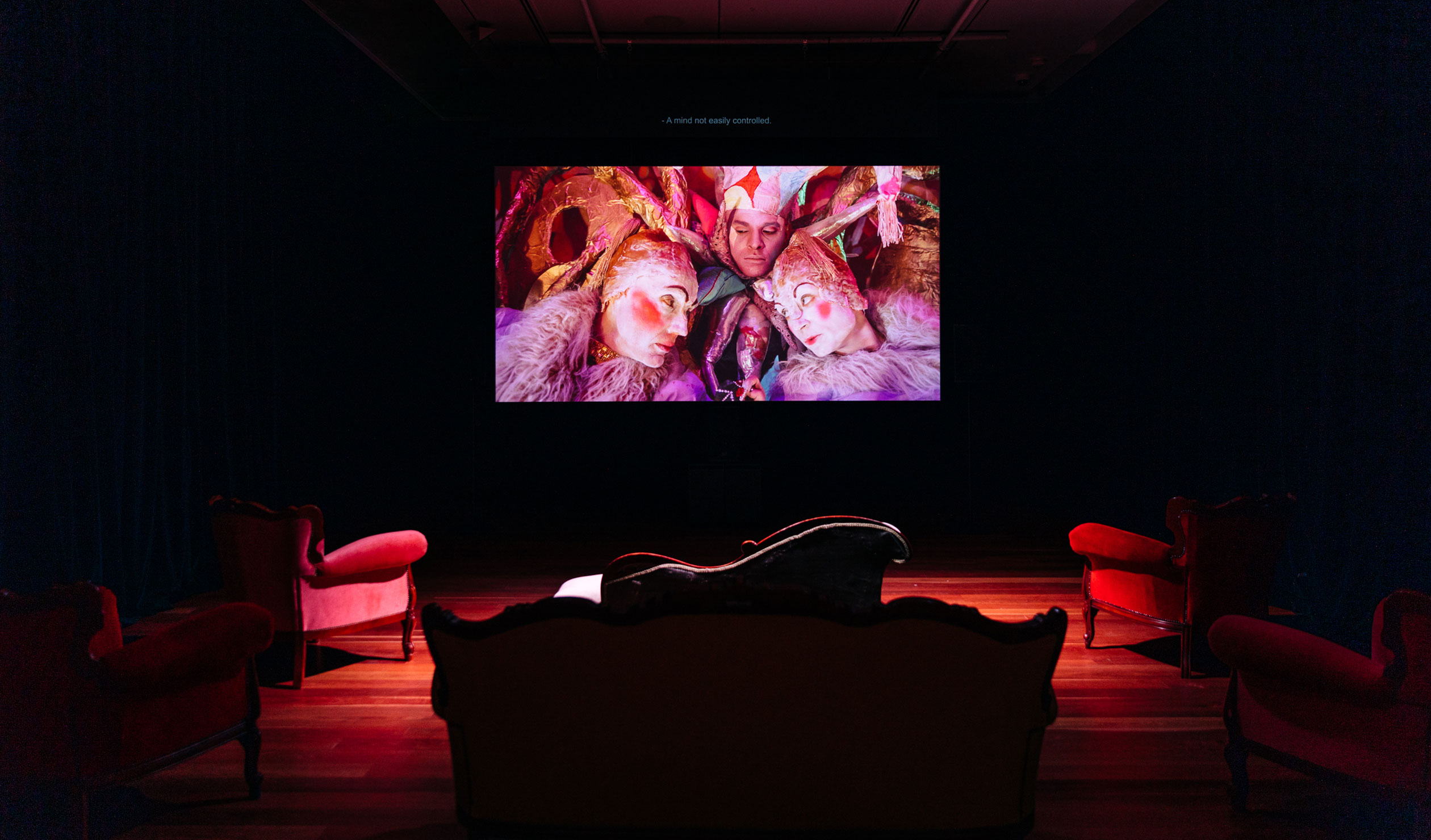 While there is no character in the film bearing the name of d’Éon, Bycroft has taken details of d’Éon’s life and refracted them through the three main characters of the film: Charlie, Lu and Andrea. Particularly intrigued by the shifting, contradictory nature of d’Éon’s memoirs, the artist is not seeking to classify and contain d’Éon to any one character. This reflects Bycroft’s interest in storytelling and the notion of how much and what we reveal of ourselves – an issue which is particularly relevant in the digital age.

Bycroft leaves the audience to make their own interpretations, rather than creating a film with finite resolutions and answers. From my perspective, it is about identity, our connection to place and our existence within the world.

The film is set within a grand estate with perfectly manicured and ordered gardens. Louis, the patriarch of the house, tries to instil traditions and order in the lives of Charlie, Lu and Andrea, who, throughout the course of the film, are trying to break free of this containment.

Overall, it’s an ambitious film both in creation and content, but Bycroft has successfully created a work that holds our attention for the duration and leaves us contemplating the nature of the world we live in. While the film is derived from the memoirs of an 18th-century historical figure, it addresses contemporary and current notions around identity, gender and self-determination.

BIOPIC or Charles Geneviève Louis Auguste André Timothée is at the Samstag Museum of Art until October 1. BIOPIC screens on loop during open hours ­– to view in full, schedule your visit to begin at 10.15am, 12.15pm or 2.15pm.