Message from the meadow is an immersive and experiential exploration into how artworks can trigger a sensory effect. The outcome of ACE Open’s inaugural Porter Street Commission, the exhibition reflects the ecosystem of a meadow through organic sculptural forms, specially-designed furniture, an intimate four-channel sound work and Bridget Currie’s video work, soft insides.

Currie first became fascinated by meadows when she undertook a residency in 2016 in Lithuania at the education institution Rupert. Located on the outskirts of Vilnius and set alongside a beautiful meadow, this was the beginning of her exploration.

Like much of Currie’s practice, Message from the meadow encompasses the idea of there being a large-scale view that you can take, juxtaposed to a more detailed alternative perspective, and both are equally valid.

“I find the ecology of a meadow very interesting. You could say it’s just grass but it’s a whole ecosystem that’s in symbiosis,” she states. “I think of it as a democratic ecosystem, in that it’s horizontal; there are no plants that are more important than others, instead it’s an egalitarian mixture.”

Walking into the exhibition listening to the soundscape ­– a series of responses to the theme of the meadows by Maria Zagala, Teri Hoskin, Julia McInerney and Currie herself – you are immediately transported to another world. The custom-built chaise lounges – which, along with the table and cabinet, were constructed by local furniture designer Dean Toepfer – invite the audience to lie down as you might in a meadow.

Reclining on the lounge, listening to the soundscape and reflecting on wide open green meadows conjures up feelings of freedom and peace.

“I wanted the exhibition to be really immersive and almost dreamlike,” says Currie. “During COVID everything became digitised. I was craving embodied experiences in galleries and I wanted to create that.” 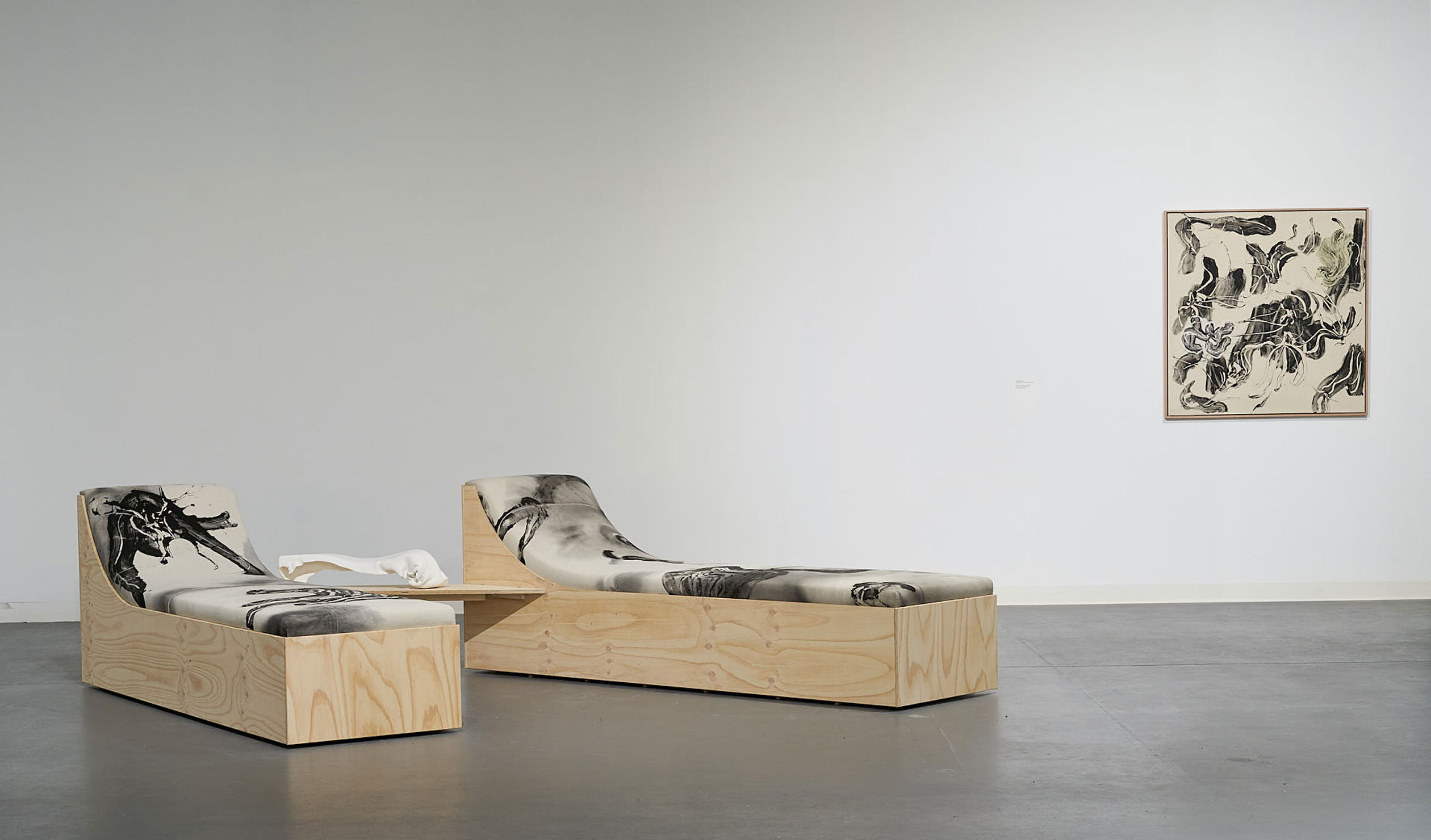 Currie’s practice often focuses on bringing abstract notions – beliefs, emotions and dreams – into the physical world of objects. Message from the meadow features tactile forms made of paper mache, clay, ceramic and bronze which demonstrate the power of objects to communicate things that are beyond words. In this case, she wanted to create an environment that was the ecosystem for these objects to exist within, mimicking a meadow and its ecosystem.

“The objects are not representational at all; they are intuitive works. I really hope they make people have a sense of wonder, like they are a problem without an answer,” explains Currie.

Similarly, the video work soft insides explores extreme vulnerability through imagery of slugs and babies which are open and porous to experience. It also focuses on a pre-language state, with Currie particularly fascinated with the stage in human development before infants can differentiate between self and other.

Message from the meadow is a meditative experience where the artist invites the audience to slow down and relax and enjoy the sensory encounter. Whether you take a macro or a more detailed journey through Currie’s ecosystem, it’s a welcome distraction from our current world.

Bridget Currie: Message from the meadow is at ACE Open until September 4.

Installation images from Message from the meadow: 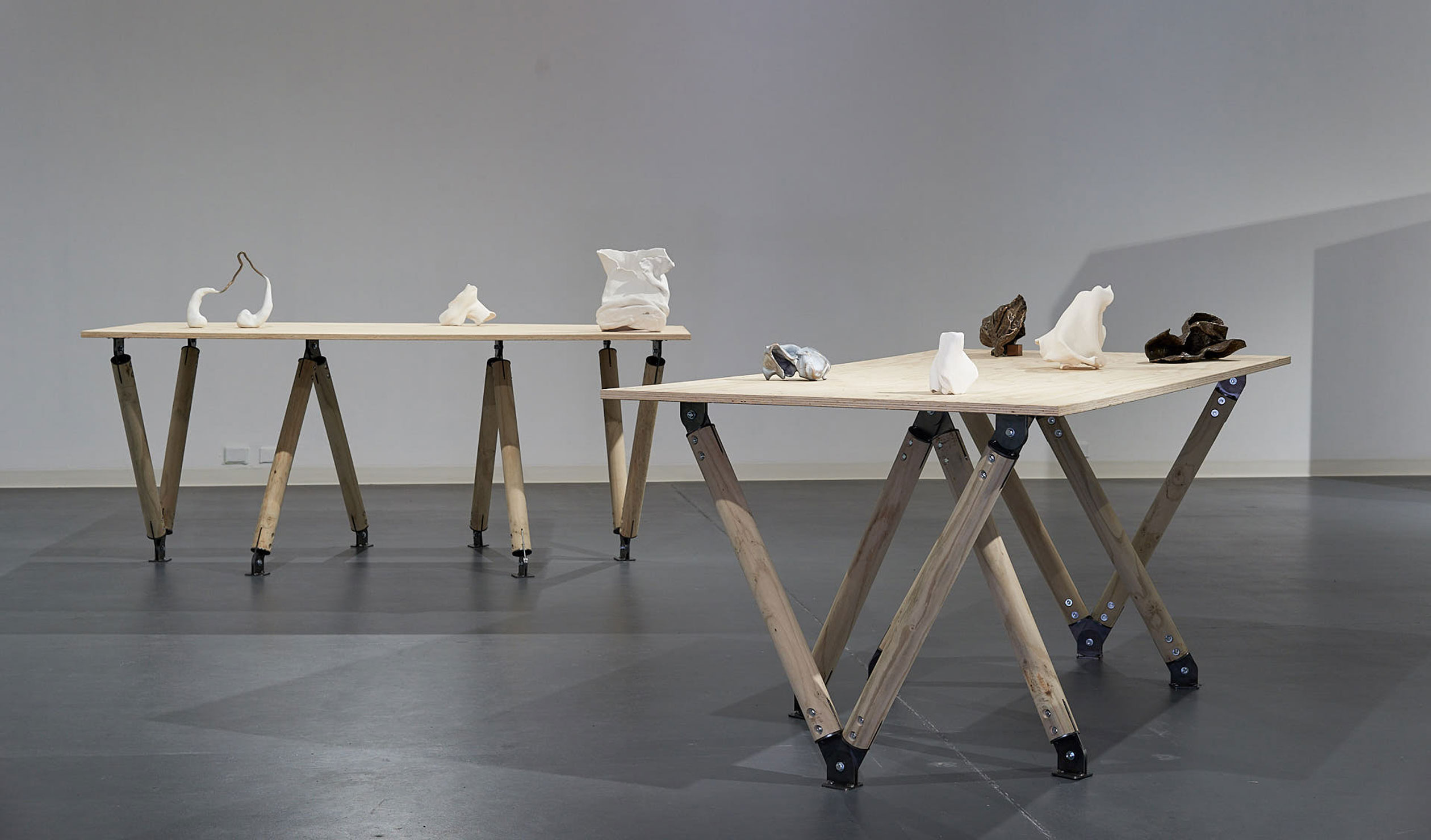 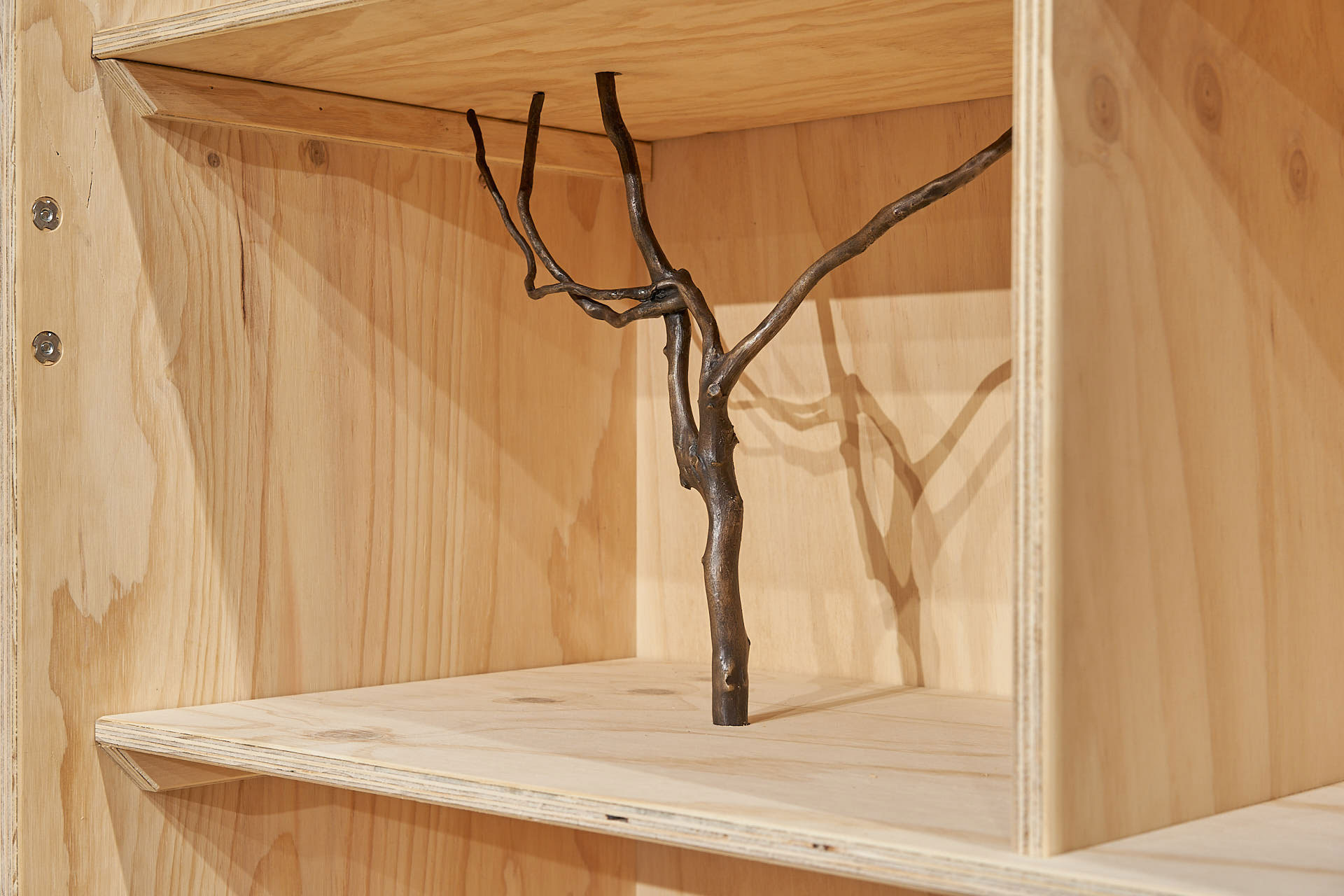 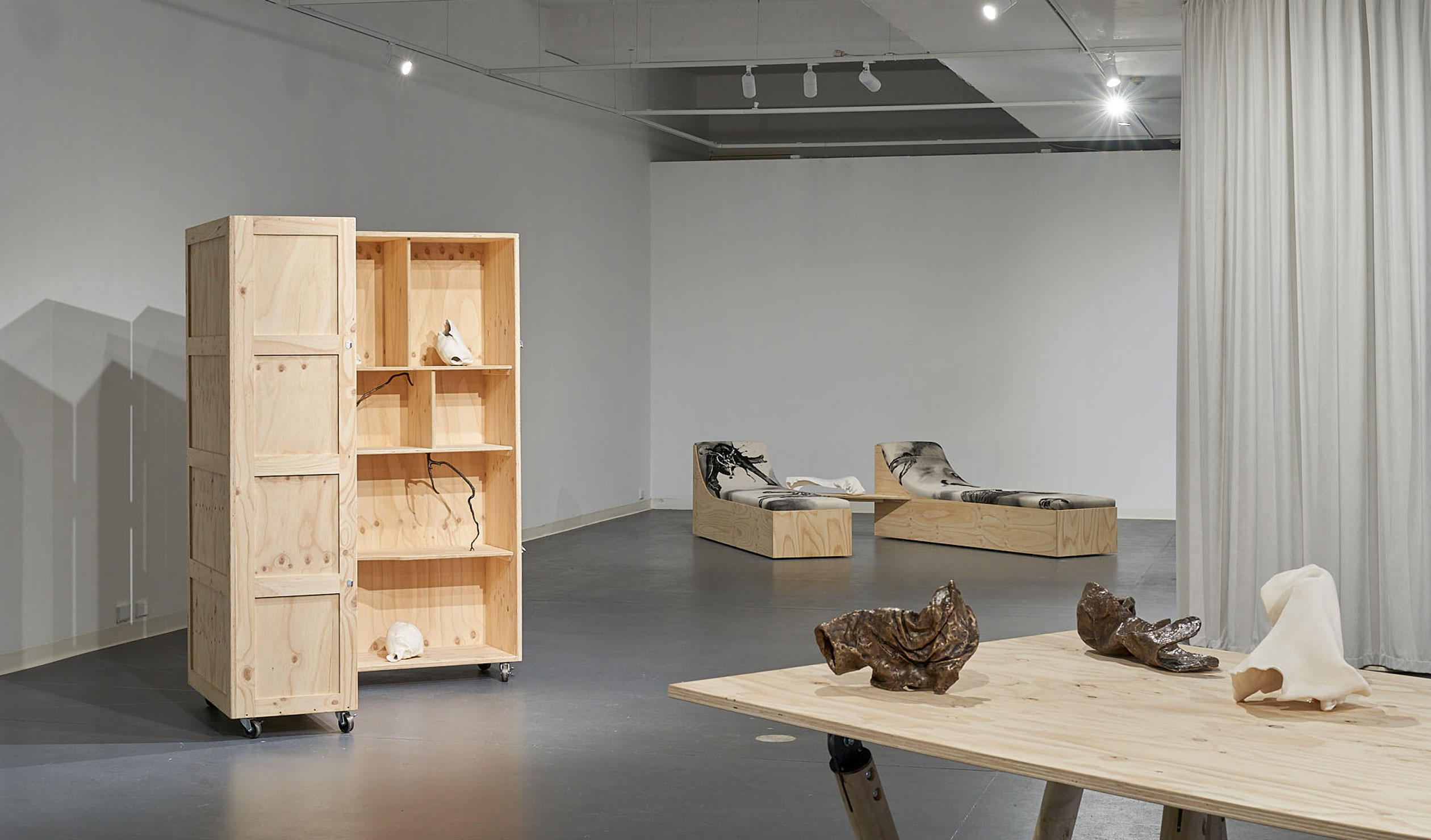 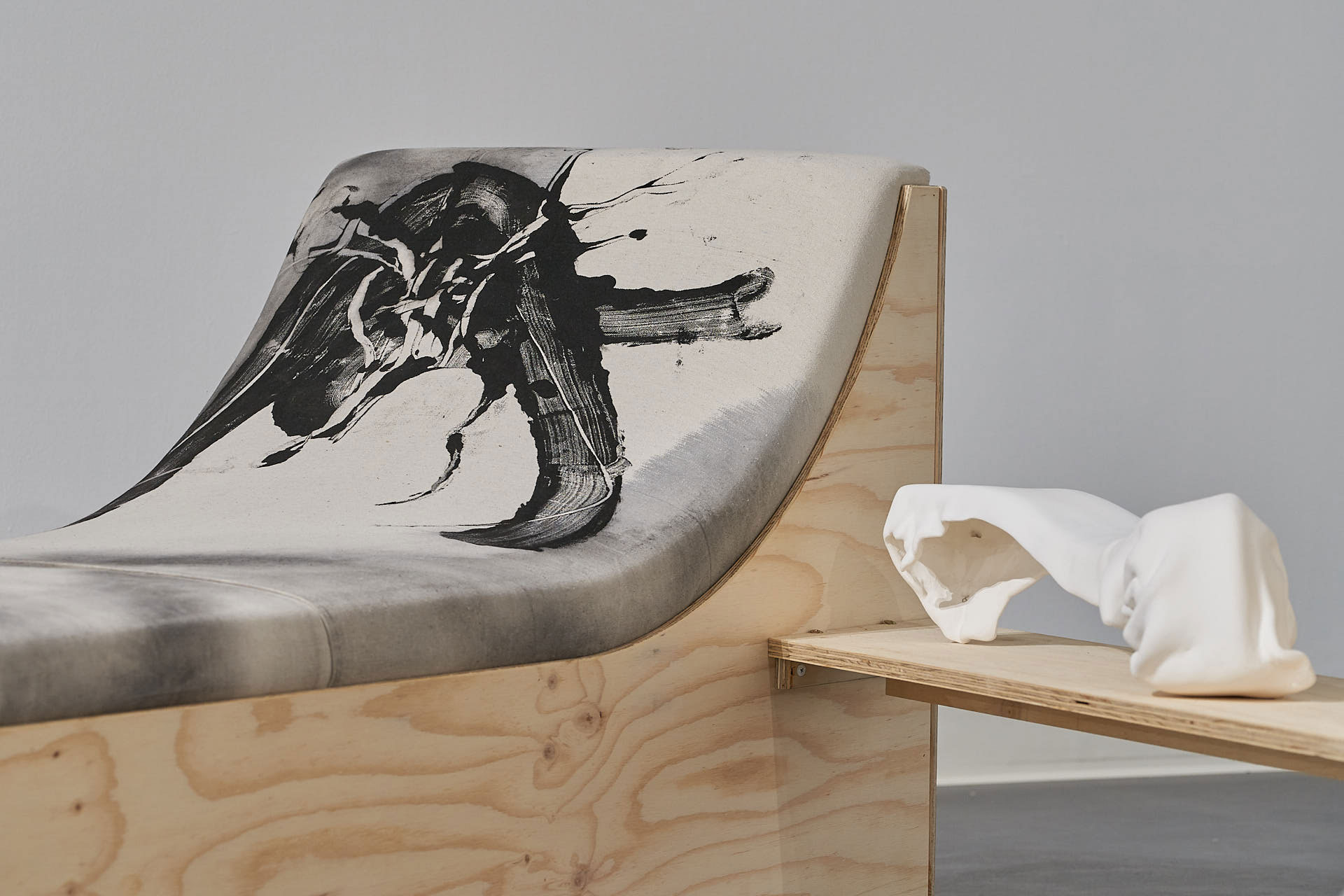