Certain works of art possess what could be described as “wallpower”, a quality of visual magic that emanates from the wall. When escorted through the Art Gallery of South Australia by her father as a child, Diana May Ramsay’s love of art was ignited, and it was the serene Nora Heysen still life of pincushion flowers, titled Scabious and painted in 1930, that caught her eye.

A prodigious talent, Nora Heysen went on to become the first woman to win the Archibald Prize eight years later. At the tender age of 10, Diana’s legacy and connection to AGSA was born and eight decades later she would establish the $100,000 Ramsay Art Prize for artists under 40 years. 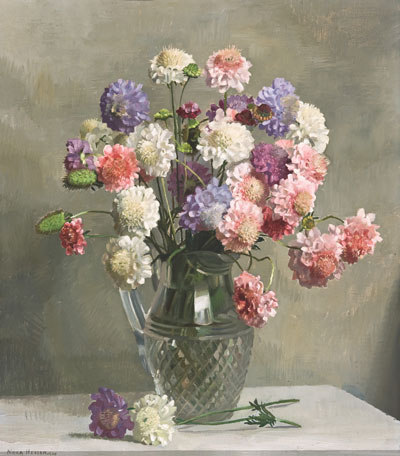 In 1960, Diana married James Ramsay (1923–1996), in whom she found a life partner who shared her passionate love for art and culture as well as a deep desire to advocate for the enjoyment and benefit of others. Today, their names are synonymous with arts patronage in South Australia, and indeed across the country.

Born in 1926 into the Hamilton wine-making family, Diana would have turned 95 on Friday, May 7, this year. Sadly, she passed away in 2017, but her legacy remains vividly present at AGSA every day. Just like Heysen’s pincushion flowers immortalised in paint, Diana’s legacy is everlasting.

Today, there are more than 100 works of art that have been acquired with the support of the Ramsays during their lifetimes and now posthumously through their transformative bequests as the James and Diana Ramsay Fund. 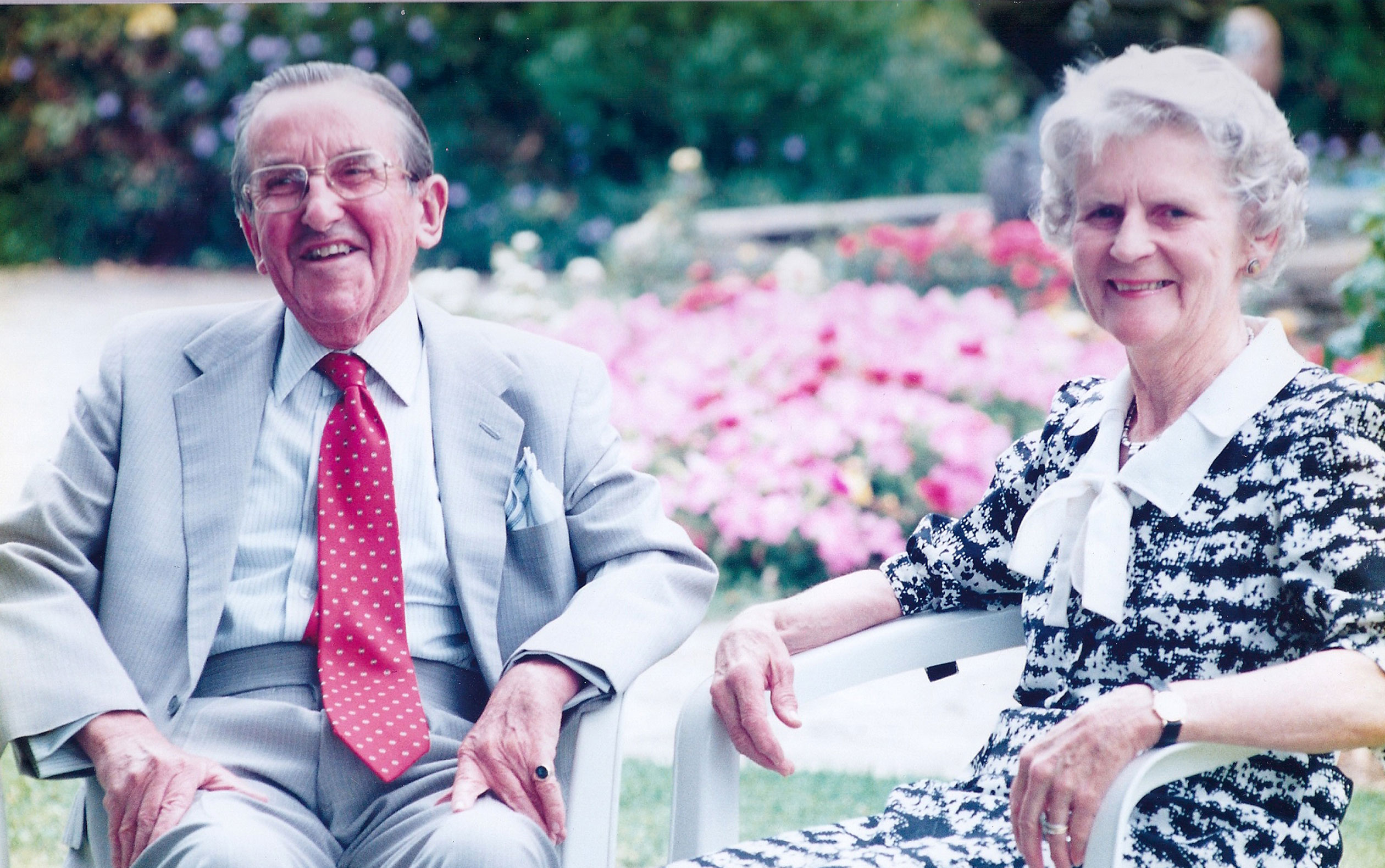 Any tour of the gallery’s collection will be punctuated by major works of art acquired through their generosity. Highlights on display include the exquisite Diana and her nymphs bathing, c.1778-82, by the great 18th-century British painter Angelica Kauffmann, and French Impressionist Camille Pissarro’s vivid Prairie à Éragny, from 1886.

More recently, acquisitions have included Vanessa Bell’s dramatically modern Seated figure, 1913, with its marvellous interplay of geometric form and colour. It is worth noting the number of important works by women artists acquired through the Ramsays’ generosity.

The most recent work acquired through the fund is Clarice Beckett’s captivating Gladioli, 1922, a work that underscores the artist’s uncommon modernist vision. One of Beckett’s larger and most intriguing works, this painting features prominently in the much-loved current exhibition Clarice Beckett: The present moment. 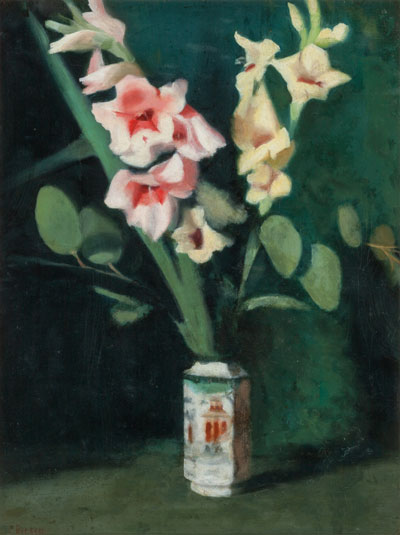 Gladioli is particularly significant for its attention to the nuanced aesthetic sensibilities of East Asian culture. Curator Tracey Lock explains:

“Its striking vertical stems of cultivated exotic pink and yellow gladioli demonstrate Beckett’s early skill as a fine colourist. The delicate tints of the unfolding, softly edged blooms fluoresce against the cool, dark-green background. The floral arrangement features the unusual addition of the distinctive curved tips of Australian blue gum. Notably, unlike her contemporaries, such as Margaret Preston, Beckett did not paint native Australian flowers, preferring in an Eastern philosophical manner for them to be simply admired.”

It was Beckett’s visit to her artist friends Polly Hurry and John Farmer in 1921 in Olinda, in Victoria, that inspired this work. Her friends were unusual at the time, having recently returned from China, Japan and South Korea. The couple’s interest in Japanese tea ceremony and the 14th-century old art of ikebana permeated as a direct influence on this painting. Beckett’s inclusion of a hexagonal vase with its decorative pagoda motif suggests it might be Chinese export ware from the 18th or 19th century, the result of fertile transference, mercantile exchange and cross-cultural influence between Eastern and Western cultures.

Diana Ramsay AO’s legacy embodies transformation. Critically, she was passionate about the role of education in building future citizens. The James and Diana Ramsay Foundation generously supports AGSA’s innovative public programs, including Start at the Gallery for young people and their adults, and The Studio as a space for active making and creativity.

Carrying their name in perpetuity, the Ramsay Art Prize will open at the Gallery on May 22, featuring 24 finalists whose art embodies the dynamic spirit of Australian art now. Celebrating and supporting both historic and contemporary art forms, the legacy of Diana Ramsay remains profound, inspiring and everlasting.

Rhana Devenport ONZM is director of the Art Gallery of South Australia.

Clarice Beckett: The present moment continues until May 23.