The art world loves a feel-good story. Clarice Beckett is one of them.

Beckett was an active member of a group of Melbourne artists in the 1920s and ’30s, known as the Tonal Realists. The group’s leader, Max Meldrum, was a forceful personality who articulated theories and methodologies for depicting the observed world.

In the afterglow of heroic pastoral landscapes exemplified by Arthur Streeton, Hans Heysen and others, the idea that thinking about how and why you paint had a cut-through message that appealed to young enquiring minds, including Beckett’s.

Tonalism made serious inroads into the Melbourne art scene and challenged the conservative authority of the National Gallery School. Art establishment hostility meant that Beckett’s work, along with that of fellow “Meldrumites”, was openly ridiculed and patronage was limited. But Meldrum was a force of nature and led his troops from the front, giving public lectures, publishing his writing and organising three significant exhibitions (1919, 1920 and 1921) of his work and that of his students and adherents.

Debate and interest concerning the tonalist approach cooled around the mid 1930s. But a recent perspective holds that most modern Australian artists who reshaped art in this country in the post-World War II years owed a debt to the discipline that Tonalism provided in their formative development.

Beckett, Meldrum’s star student, who painted what he preached – namely, as Beckett said, “to give as nearly as possible an exact illusion of reality” – deserved her share of the spotlight. But, since her a tragically early death in 1935, Beckett disappeared from the art history narrative for 35 years.

As promised, however, there is a feel-good story. Dr Rosalind Hollinrake, in the late 1960s, discovered and rescued hundreds of the artist’s neglected canvases from a shed in rural Victoria. This trove of paintings has enabled art historians and curators to better appreciate the breadth of Beckett’s work and, when drawn together with work in institutions and private hands, has led to the artist’s recognition as one of Australia’s most significant artists of the inter-war period.

The Art Gallery of South Australia has been in the vanguard of this recognition. Its purchase of Morning shadows in 1979 was the earliest purchase of Beckett’s work by a major state art museum. Significant donations culminating in the recent acquisition (with the generosity of Alastair Hunter OAM) of 21 oil paintings from the Hollinrake collection have inspired the gallery to produce the most comprehensive retrospective ever staged of Clarice Beckett’s work. 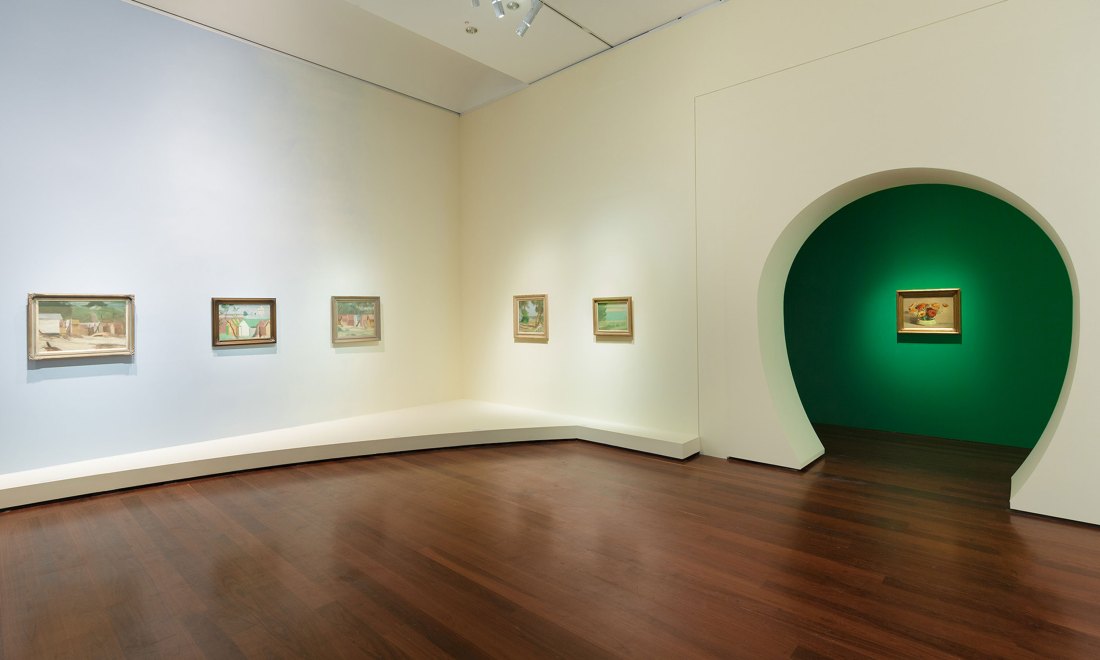 The groundwork for The present moment has been laid by a previous (2008) Art Gallery of South Australia exhibition, Misty Moderns: Australian Tonalists 1915 – 1950.  As curator of both exhibitions, Tracey Lock has built a comprehensive narrative about Beckett’s work and context within Australian art.

Apart from offering a detailed analysis of Beckett’s iconography, through the thematics of “Light and dissolve”, “The horizontal and the vertical”, “The possibility of something” and “Veiled modernism”, the content of Lock’s The present moment essays encompasses wider contexts, particularly the artist’s abiding interest in theosophy and universal belief systems. Lock expands on this aspect and identifies many associated sources, world views and thinkers that influenced the artist.

Beckett emerges from this scrutiny as a sophisticated and inventive artist who taught herself, essentially, to reconcile her image making with the capacity of everyday experiences to give rise to transcendental insights. There is much to reflect on in Lock’s text which may lead the more curious reader to consider Beckett’s place in wider Australian and international contexts. It is all in the beautifully designed and richly illustrated book accompanying the exhibition.

The present moment invites the viewer to spend a day in the life of Clarice Beckett. From day break to morning, afternoon, sunset and evening, Beckett’s gaze can be tracked, responding to the nuances of light and the specifics of locations.

The artist’s trademark depiction of forms, stripped of details and modelled with thin applications of pigment, applied with a round-headed brush, creates a beguiling dynamic. It is as if the viewer is being invited to share thoughts with the artist about the wonder and also the uncanny nature of the visible world. 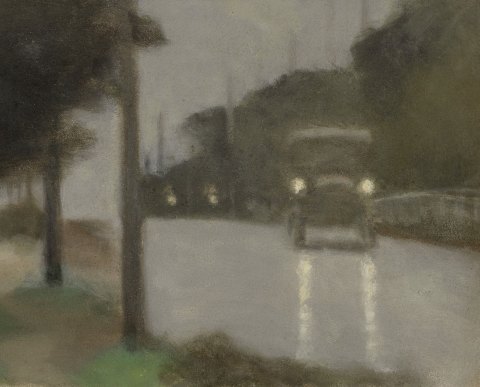 Clarice Beckett, Motor lights, 1929, Melbourne, oil on board; Gift of Alastair Hunter OAM and the late Tom Hunter in memory of Elizabeth through the Art Gallery of South Australia Foundation 2019, AGSA.

There are visual devices embedded within such works as Motor Lights, where vertical poles are echoed in the verticality of car headlamp reflections – small games to reward alert viewers. But such devices are never formulaic and always subject to the needs of the image.

The bare-boned, minimalist coastal landscapes, Wet sand, Anglesea  and Tranquillity, the haunting Whistlerian bay views and the Naringal landscape group – including The plains that Fred Williams admired over 50 years ago – deserve the kind of contemplative gaze normally reserved for a Georgia O’Keeffe, a Mark Rothko, or Fred Williams. That’s a big call. But Beckett’s whispered images, while diminutive, are big on vision. Their time is now. 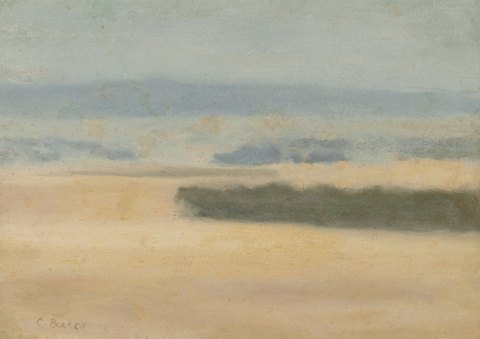 Clarice Beckett, The plains, 1926, Naringal, Western District, Victoria, oil on board; Gift of Alastair Hunter OAM and the late Tom Hunter in memory of Elizabeth through the Art Gallery of South Australia Foundation 2019, AGSA.

Clarice Beckett: The present moment is showing at the Art Gallery of South Australia from February 27 until May 16. It is part of the 2021 Adelaide Festival program. 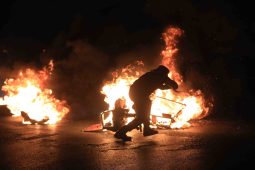 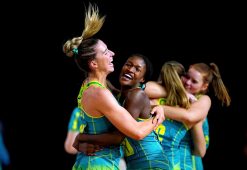 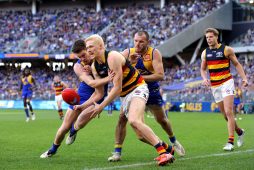 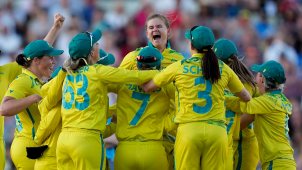