Sophocles wrote Antigone more than two and a half thousand years ago, yet playwright Elena Carapetis can see the resonances of this tragic story still playing out today. A young girl stands up for what she believes is right and pays for this temerity with her life.

The play opens with a clip from a black and white movie adaptation of the play in subtitled Greek. It sets the scene; Antigone and her sister Ismene are the only surviving children of the cursed bloodline of Oedipus. Their two brothers have just been killed on the same day, fighting on opposing sides of the battle for Thebes. Creon, the King of Thebes, has decreed that only the brother fighting to defend the city will be given a proper burial. The other brother will be left outside the city for the vultures. Anyone who defies his law and attempts to bury the dishonoured brother will be put to death.

As the action on stage begins, Antigone (Kidaan Zelleke) is bound and kneeling on a podium. She has already been caught after defying the law and burying her brother. She is unrepentant. She knows what is right – laws are made by men and men are fallible. Creon (Mark Saturno) believes himself to be the embodiment of power. As king, his word is law, and law must be obeyed. How dare a mere girl question his decision? 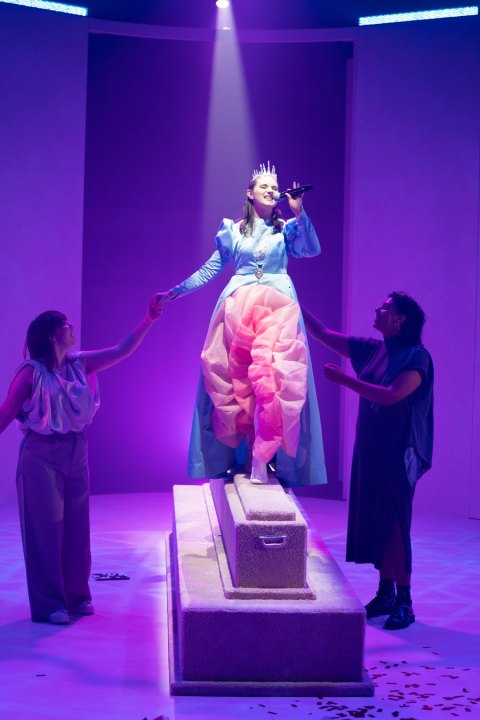 It is from this point that the play swerves away from adaptation, exploding with rage at the way this ancient tale of silencing women who dare to speak truth to power has resonated through the centuries.

Carapetis has created a play that is both a response to the original and a demand for this story to evolve. She’s had enough of patriarchy lurking deep in the bones of the laws, social structures and stories determining the way we live. She’s calling them out with writing that is both brilliant and incendiary.

In a powerful series of monologues and vignettes, actors Kathryn Adams, Chiara Gabrielli and Kidaan Zelleke vividly embody modern versions of Antigone. They speak their truths about the way the world still works to silence and devalue women, attempting to keep them small, meek and easily controlled.

A schoolgirl imagines what it would be like to be a man with the freedom to swear, take up space, show anger and wield power by making people fear you. A young activist kidnaps a gun-lobbyist. Women speak about violence in the home, sexism in the workplace, the burning of witches. And interspersing this rollercoaster of mesmerising scenes are stomach-turning quotations from men in power and devastating statistics proving that despite the gains of feminism, patriarchy is still holding strong.

Saturno does a wonderful job as the lone man, slipping between the roles of Creon, an octopus-headed embodiment of capitalism, various male authority figures and misogynistic male tropes. But he also beautifully voices the philosophy of Malala’s father on raising strong girls, as well as those who suffer under the strictures of how society demands men carry themselves in the world. 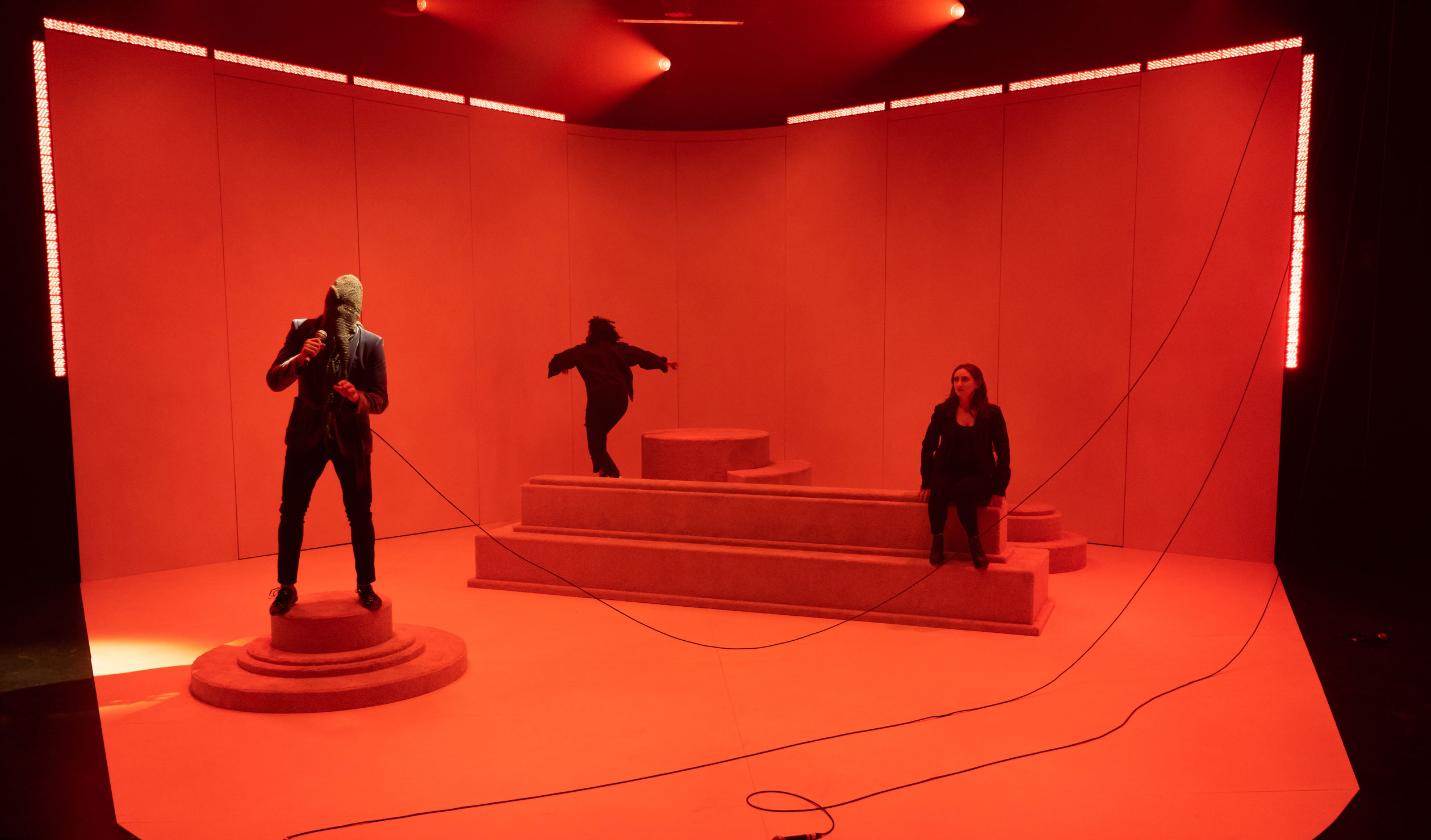 This may sound like a revolutionary call to action on behalf of women and oppressed people – and it is – yet paradoxically, there are many moments of lightness and laughter. Satire is threaded through this passionately political production, a high point being the hilarious subversion of the Greek tragedy trope – the deus ex machina transformed into a Disney ex machina, a gorgeously big-voiced Disney princess happily dropping f-bombs.

Director Anthony Nicola has created a stunning theatre experience. Working with such provocative and profound material, only an experienced hand at the helm could repeatedly carry an audience through the play’s darker moments back into the light.

The clean and simple yet ingeniously versatile staging by Meg Wilson and cleverly choreographed lighting by Gavin Norris keeps the focus on the wonderful performances, while the AV content by Jennifer Stefanidis proves a powerful mode of puncturing the piece with sobering real-world context.

This version of Antigone is a revolutionary act. It may have roots in Sophocles’ original, yet it reconfigures the tragedy as a tale of feminist empowerment, telling a new story that is more than a critique of the modern world. It is a story for the world we want to create.

State Theatre Company SA is presenting Antigone at the Odeon Theatre in Norwood until June 11.