In an effort to reflect modern-day Australia, Rella tackles conventional ideas of family, heritage, beauty and gender, and gives a voice to “two of the most marginalised figures in fairytale history”: Cinderella’s “ugly” stepsisters.

Rella follows three sisters – Afa, Sika and Rella ­– as they form a vocal group and audition for a TV talent show. In a decision fuelled by racism and narrow beauty standards, Prince Charming Records (PC Records, though it falls short of being PC in any capacity) only wants to sign Rella (Carla Lippis), leaving Afa and Sika to embark on a journey of self-discovery.

Fez Faanana and Thomas Fonua play the stepsisters Afa and Sika, respectively. The pair use drag to subvert gendered characteristics and beauty ideals in roles that have always been defined by their perceived ugliness. On opening night, the step-sisters prove to be crowd favourites with their infectious comedic chemistry.

Afa and Sika’s journey of self-discovery isn’t only about beauty, but also about cultural heritage, as the characters uncover the language and traditions that allow them to connect with their Samoan ancestry. This storyline is the strongest in Rella, and it’s clear the writing has been informed by lived experiences from co-creators Sasha Zahra, who is Lebanese, and Faanana, who is Samoan, as well as writer Tracey Rigney, a Wotjobaluk and Ngarrindjeri woman. 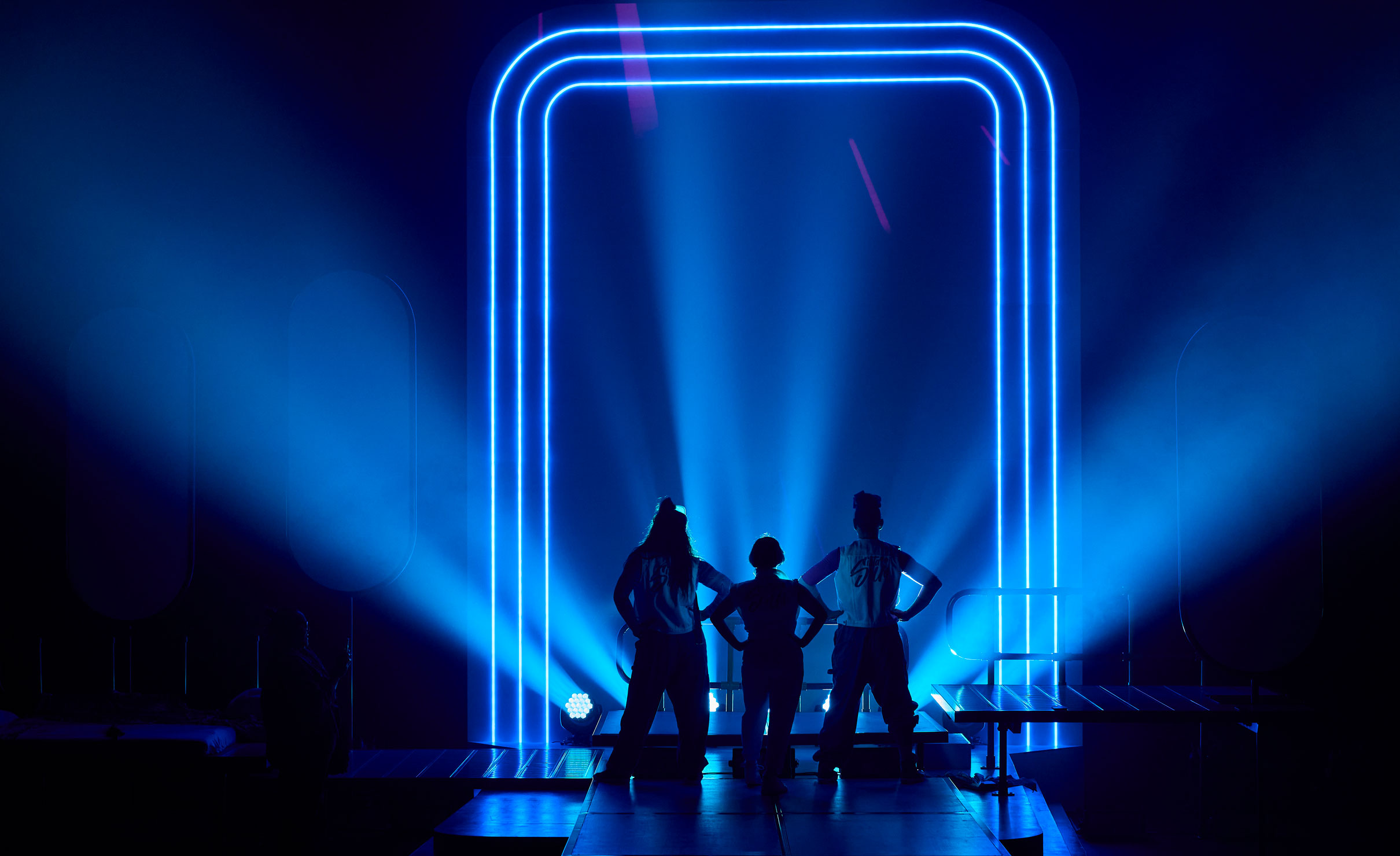 The Rella set has a playground-like quality. Photo: Claudio Raschella

Representations of family in Rella disrupt the narrative convention that blended families are villainous. Rella, who is of Italian descent, and her Samoan sisters are led by their First Nations mother, Marlene, played by Elaine Crombie, who has a strong matriarchal presence on stage.

There are modern-day touchstones throughout Rella that appeal to an audience well versed in viral trends. As Rella falls victim to patriarchal oppression through PC Records ownership, there are references to the #freebritney movement. Her rise to fame is cleverly documented with innovative design which includes projections of Instagram accounts or music videos that resemble TikTok content.

The costume design and construction is one of the most captivating elements of the production, and plays a significant role in exploring and celebrating culture. Throughout the production, Afa and Sika appear in traditional Samoan dress, which is creatively modernised at points, and Crombie is dressed in clothing that celebrates Aboriginal people and culture.

Meg Wilson’s set has a simplistic, playground-like quality, spatially defined by platforms at different levels that enable creative choreography and direction for performers. These platforms are decorated with smaller screens that are used for projections throughout and are framed with bold colours that complement the liveliness of the production. 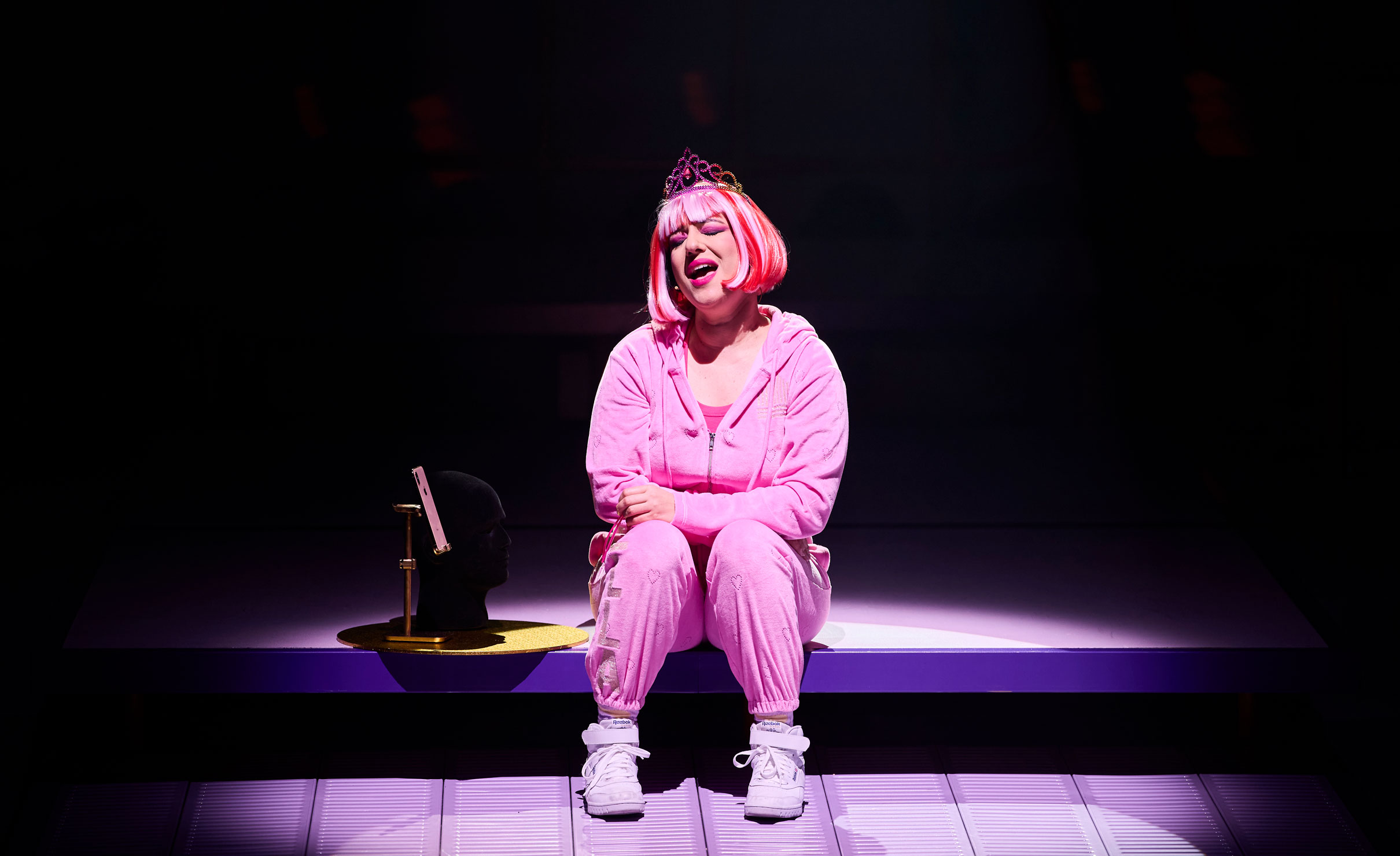 The music, composed by Carla Lippis and Duncan Campbell, playfully engages with modern-day pop influences. It is also used for cultural expression and to express solidarity between the characters. Lippis’s voice, which reaches every corner of the Dunstan Playhouse, is a standout.

Rella is a truly ambitious piece of theatre that works hard to diversify our folklore. Its themes are heartfelt and told with a wit and humour that charms all demographics in the audience.

It’s also proof that our beloved childhood fairytales can move with the times.

Rella was to have played at the Dunstan Playhouse until June 4 but Windmill announced today that it has been forced to cancel all remaining performances due to positive COVID cases within the cast.