The loss of Adelaide’s Bakehouse Theatre is like a death in the family. The grief is terrible.

It’s a quaint old venue but it has played a profoundly relevant role in the  cultural life and welfare of the city of Adelaide. It should have been saved but there was no one with the money or political oomph to do so.

Bottom line: It was a long-term rental and the new landlords, an evangelical church, want to repurpose it.

But what a colourful bed of history is left at the corner of Angas and Cardwell streets.

Oh, the countless nights when the words, “Ladies and gentlemen, the house is now open”, rang through the foyer. All those opening nights with celebratory cheese platters. The decades of actors’ voices, of dramatic soundscapes and laughing audiences; the hushed expectation of dead blackouts and the glamour of the spotlight, the chink of glasses in the bar, the rustle of programs in laps. All those costumes and sets and rampant ingenuity. All those critics, scribbling in the dark.

Before the Bakehouse became the Bakehouse, it was Adelaide’s Communist bookshop. It also had a phase housing Farmer’s Radio and Suburban Taxis.

And before all that, the old bluestone building was home to the scents of rising yeast and hot crusty bread when, in the 1890s, it was the premises of Lovell’s Bakery. 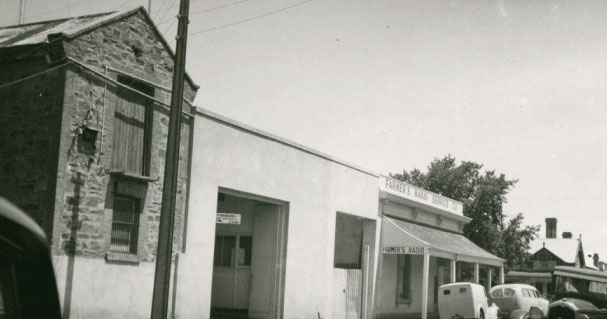 In the 1950s the building housed Farmers’ Radio.

It was in the 1970s that theatrical types got their hands on the place. Keith Gallasch and David Allen, lecturers at the Salisbury College of Advanced Education, had formed some of their drama students into a theatre group called Troupe – very lovingly remembered by the Adelaide theatre world. It was they to whom the Communist Party rented out the old building and it was a pretty rough old spot.

Gallasch, with partner Virginia Baxter, went on to found and edit the national arts magazine Real Time, and were this year jointly made Members of the Order of Australia for their immense service to the Australian theatre and the arts.

But casting his mind back 45 years, Gallasch recalls the old Bakehouse venue as “nothing more than a shed”. He describes “raw brick walls, a rough pitted concrete floor, corrugated iron roof (loud in rain storms) and eternal dust”.

“It was hot, freezing, gritty, facility-free, and magically transformable,” he says. “We seated the audience on punishing chairs [no one complained] placed on splintery pallets we were forever rearranging.

“Regardless, we thought the shed wonderful; our humble shed, our theatre.”

And they called it The Red Shed.

It was a vibrant creative hub for four halcyon years, after which The Red Shed Company, which impishly liked to refer to itself as “The RSC”, moved its ground-breaking productions to the much more salubrious Unley Town Hall Theatre.

Wherever they performed, the Troupe collective – including Flinders graduates, students, talented volunteers and academics – managed to achieve a memorably high standard of low-budget productions of significant Australian plays. As Gallasch recalls, this was a time when there was a national surge of interest in the Australian cultural identity.

It was also a period of “poor theatre”, wherein fine works emerged on bare stages with scant sets.

Gallasch, along with David Allen and Doreen Clarke, wrote extensively for the company, which also performed modern works by Jack Hibberd, John Romeril, and Alma De Groen, among others. The Red Shed became described as “The Pram Factory of Adelaide”.

Virginia Baxter, who had been with the Adelaide Theatre Group, joined the Red Shed in 1978 and stayed with the company, and thus did the Red Shed and Troupe flourish in the fecund spirit nurtured by the Dunstan Decade.

Gallasch describes the ’70s era as one of “sheer generative density”. There was the Adelaide Theatre Group, the Stage Company, the Theatre Guild, Theatre 62, La Mama, the State Theatre Company, and Magpie Theatre in Education. Only two remain.

In those fruitful days, there was a flourishing relationship between the drama courses at Flinders and Adelaide universities, the CAEs and TAFE, with its Performing Arts Centre set up in 1978. Indeed, Troupe and the Red Shed were to sustain the Flinders connection into the 1990s, nurturing a couple of generations of talented theatre-makers.

There, in that rough old Red Shed, there were major works such as If Ever I Get Back Here Again I’ll Stay, written and directed by David Allen, with Gallasch portraying DH Lawrence during the tense few months the writer spent in Australia. There were productions of myriad major works by Australian playwrights such as  Edward Bond and De Groen.

Some things were oddly unforgettable, such as the visiting performer who wore flippers on a pogo stick and had the audience do charcoal sketches of her posing nude

Gallasch remembers fondly the long queues and enthusiastic audiences for the late Henry Salter’s bitter-sweet performance in Heathcote Williams’ tragi-comic Hancock’s Last Hour, a Troupe late-night production for the 1980 Adelaide Festival. It was about British comedian Tony Hancock, who had committed suicide in Sydney in 1968.

There are too many other great shows to list, though they are all recorded on the invaluable AusStage database.

When Peter Green discovered the old theatre in the 1990s, it was just a shell of a place. He had returned from Sydney very keen to generate some new theatre, only to discover there were few such places and the only thing to do was to do it himself.

He negotiated with the Communist Party, which wanted him to rent the front of the building as well as the old hall. It was more expensive than he intended but he took the plunge. Walls had to come out to create the foyer space and there was a wee room in the middle of where the stage needed to be.

The landlords were happy with the proposed changes. Green and friends worked like fury. When he heard the Space Theatre was replacing its retractable seats, he put in a bid for some and was told he had to buy the lot. So, selling off the excess, he and his team gave the Red Shed its first fixed seating. Using his own savings, he installed the lighting rigs and sound, and in 1997 it was ready to go.

Since the Red Shed Company was still using the name Red Shed, Green looked to the venue’s history and picked out the wholesome spirit of its bread-making days, naming it The Bakehouse. 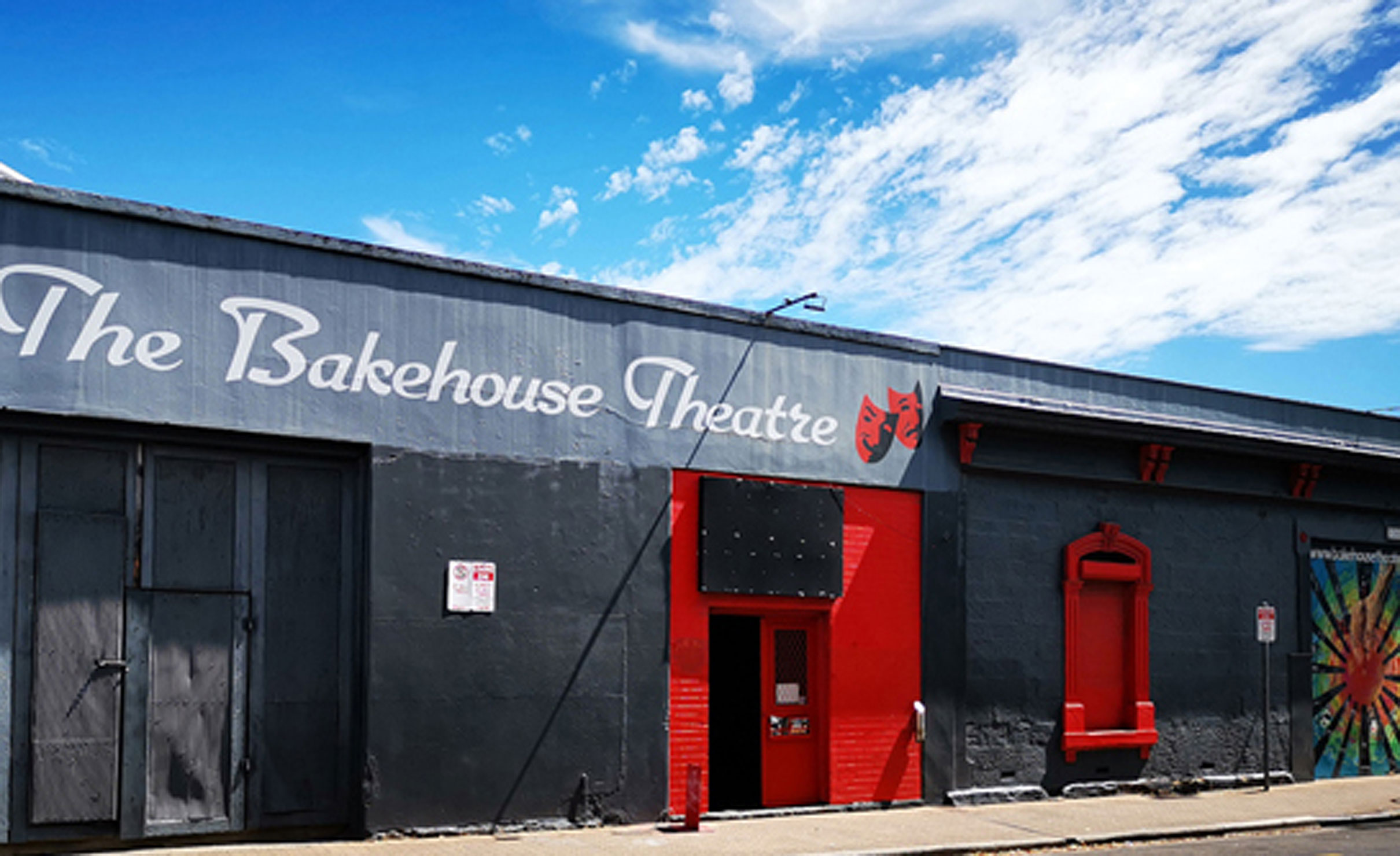 The Bakehouse Theatre as it appears today. Photo: Stephen Dean

And so came the day when Green, among his cohort of fellow fine actors, came up with that classic old cry: “Let’s put on a play.”

Many have been those Bakehouse plays in ensuing years. Green achieved grants from Arts SA for an arts-development fund, which for some time ensured 10 plays a year.

But when the arts department wanted control, Green created The Festival of One, something which went for three fruitful seasons with Fringe programs included and has caught on to become a popular theatre form.

Pamela Munt had been looking for a place to put on shows with her daughter Melanie for their Unseen Theatre Company, which specialises in Terry Pratchett works. They were beginning to feel a bit disheartened. And then they arrived at the Bakehouse.

When Green opened the foyer door, says Munt,  they did not have to say a word. Mother and daughter just looked at each other and knew. This was the place they sought.

And so, Green handed over the reins and went off to Sydney to run a golf pro shop and a new phase of the Bakehouse history began. 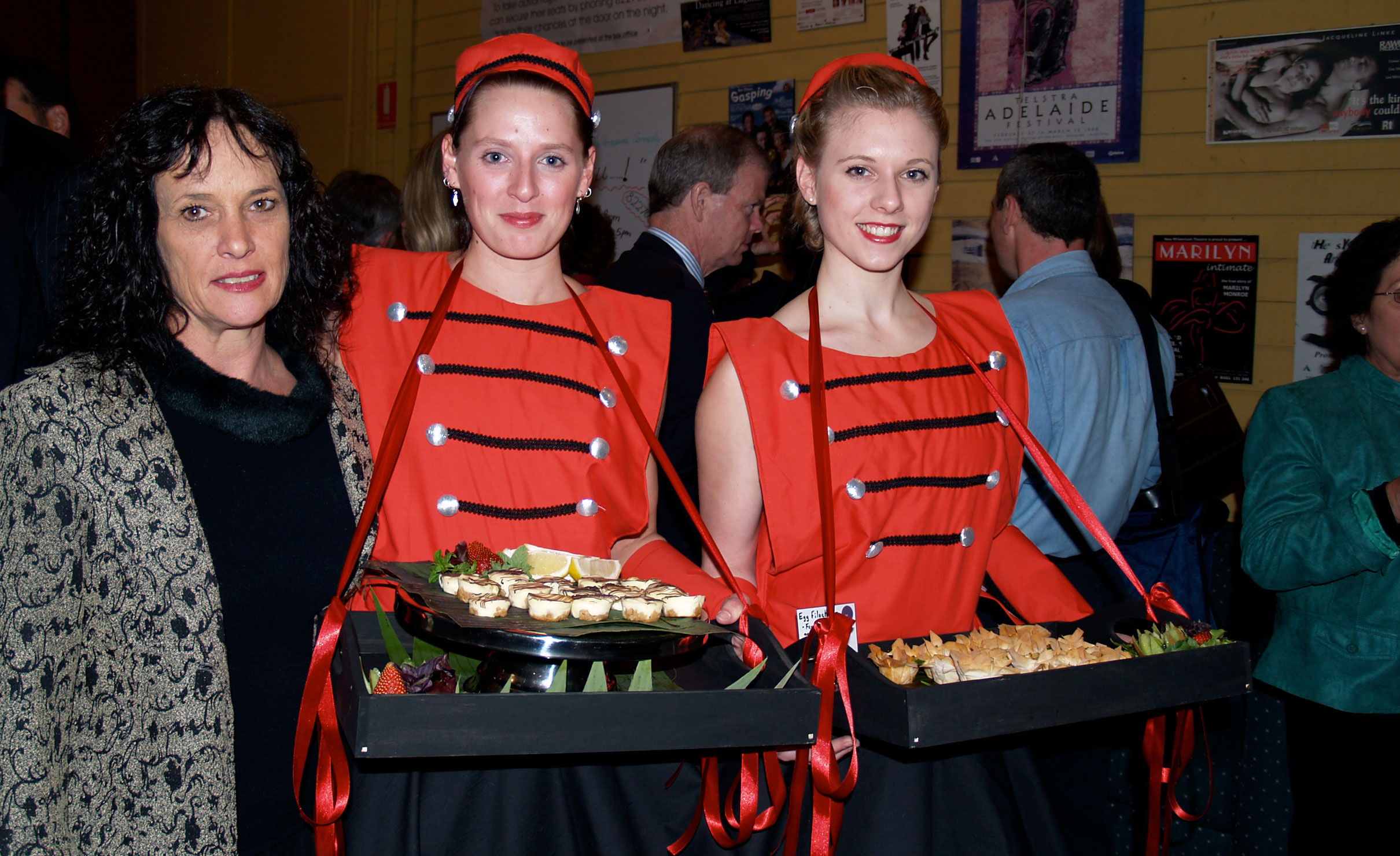 Pamela Munt with two “cigarette girls” at the 2007 grand re-opening of the Bakehouse.

The Bakehouse grew with its alternative front foyer and micro-studio performance space as well as the main theatre, able to present two works at once when necessary.

There were some wild and unusual Fringe events, and some profoundly satisfying and significant theatre works.

Some things were oddly unforgettable, such as the visiting performer who wore flippers on a pogo stick and had the audience do charcoal sketches of her posing nude.

There had been brave and thrilling shows in the old Red Shed days, too, so engrossing that one forgot one was sitting on scaffolding. “Suffering for the arts,” was the  catchcry du jour.

And then there were meaty Bakehouse joys such as Dancing at Lughnasa, for which some of Melanie Munt’s graduating class at WAPA came over. There were solo greats – oh so many of them, oh so brilliant, among them Stephen Papps from New Zealand, and Steven House and Tracy Crisp from Adelaide, amateur groups, pro-ams, professionals. The Bakehouse has hosted them all, its own management working for little salary just for the cause.

Peter Green had realised that golf shops were not for him and returned to join up with Pamela Munt at the Bakehouse and take it through ever-more-wonderful years. 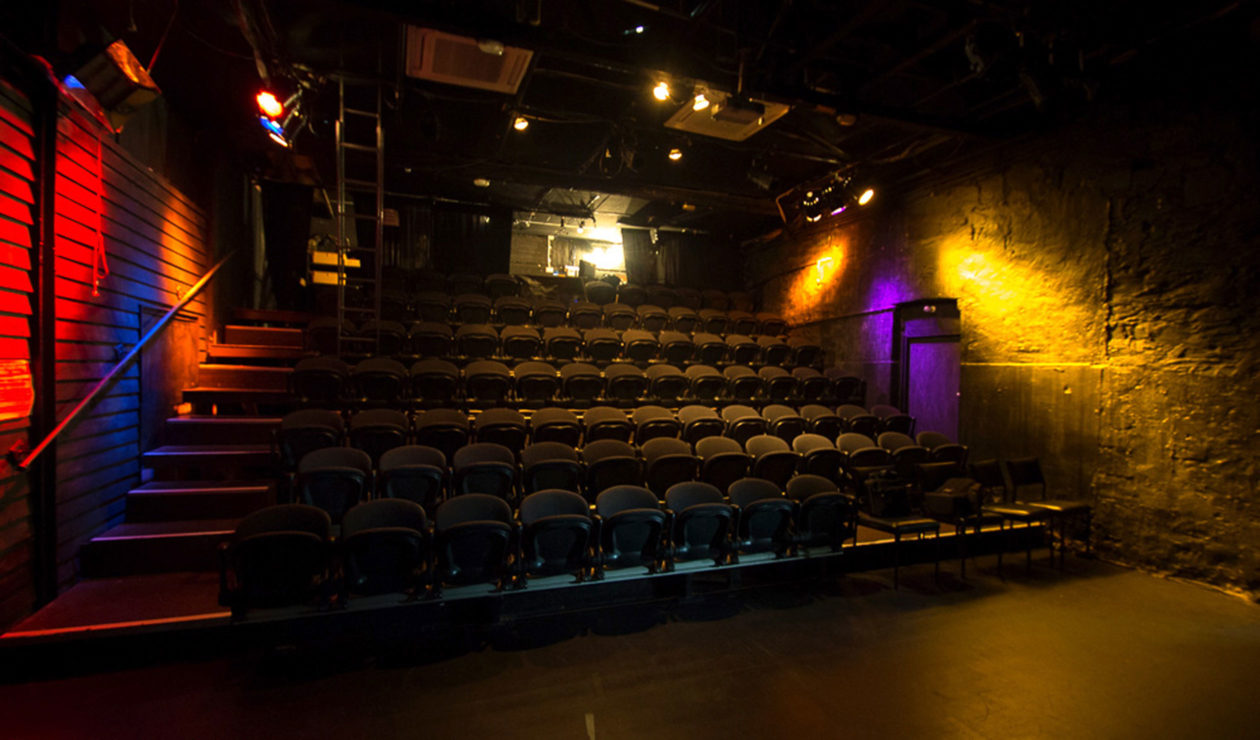 The Bakehouse Theatre’s Main Theatre has served as a blank canvas for many independent theatre-makers. Photo: Stephen Dean

That the theatre would close never crossed one’s mind. It was an institution. It was celebrated. It was a crucible.

Or, as Munt describes it, “an iconic, friendly, busy professional theatre; a theatre where everyone feels at home and can experiment with their craft”.

She laments that Adelaide is losing its “theatre heart” with the death of The Bakehouse.

While there is much mourning and gnashing of teeth among those of us who have come to love the atmosphere, quality and proximity of the Bakehouse as vital to their arts diet, Green is philosophical.

“My sadness is not for myself,” he says. “I’m 73. I’m sad that the venue is no longer. It is a lovely size for independent theatre-makers and for young professionals beginning to start on the roads of their career.

“It’s been a great training ground. Just as the AFL builds its strength from the training of its young under-league, so a vibrant arts [scene] needs to have this resource upon which to draw. The Government needs to recognise this.

“The arts is losing a wonderful venue. But, what I do know is that artists will find a way. They will find a way to pursue their art. After all, I did.”

The Bakehouse Theatre’s final show,  Tennessee Williams’ A Streetcar Named Desire, will be presented from April 27 to May 7. It is produced by Pamela Munt and directed by Michael Baldwin, with a cast including Melanie Munt as Blanche and cameo appearances by both Pamela Munt and Peter Green.

For the love of a fading art