When the house lights dim, signalling the start of a new Gravity & Other Myths show, audiences collectively hold their breath.

The company is innovative and conceptually bold – the possibilities for what will happen next on stage feel intimidatingly unrestricted.

Among followers of the company, though, there’s also the sense of tracing a connected thread. In the honesty and intimacy of the performance, the lack of artifice and heightened artistry, there is a continuity.

“Something that we talk about a lot is the GOM fingerprint,” says Jascha Boyce, using the nickname for the company for which she is co-founder, director, acrobat and producer.

Since GOM was formed in 2009 by Boyce and a handful of friends straight out of Cirkidz, that fingerprint has been dusted onto acrobatic works performed by relatively small ensembles.

The Pulse, which premiered early this year, felt like an evolution of that style, not a departure. Featuring 30 acrobats on stage alongside 30 choristers, the show was carefully designed to retain the GOM brand of intimacy even with a change in scale, Boyce says.

The work was developed during a touring break enforced by COVID-19, which did initially present the company with financial hurdles. But successful grant applications, the provision of JobKeeper, and the unprecedented presence of the entire company at home in Adelaide soon saw the obstacles become opportunities.

Alongside The Pulse, Boyce says they’ve used the time to conceptualise “around 12” new works and push into different mediums. Among those projects is a short film – set to be the start of a triptych; the launch of The Forge – a community and training space; a cabaret-style show; and education resources that connect GOM’s work to subjects like science. 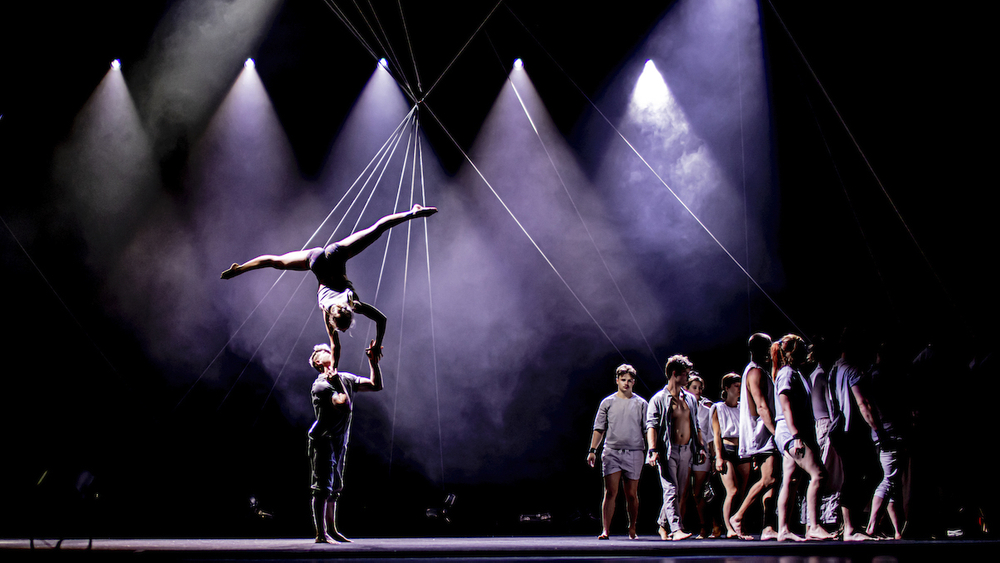 The Pulse at this year’s Adelaide Festival. Photo: Darcy Grant

The company has also been commissioned to create Macro – the opening night event for Adelaide Festival, which will then tour to Edinburgh.

“We’ve never done another large-scale opening event before,” says Boyce. “It’s such a different thing. It’s got an ensemble of 24 acrobats and a choir, and we’re collaborating with Djuki Mala and some Scottish musicians as well.

“And we’re working with an AV designer to use a live feed to try and find some of that intimacy, because for us that intimacy is really important.”

Accommodating this type of diverse and broad expansion, particularly as an arts company run collaboratively, with five directors and no hierarchy, requires a crystalline and communal vision. GOM’s identity, and the skills needed to so confidently maintain it through change, originated in the fiery forges of the Adelaide Fringe.

The company’s first show, Freefall, premiered in the 2010 Fringe, and its second, A Simple Space, showed there in 2013. The ensemble’s visibility at Fringe, particularly through the Honeypot program which brings national and international programmers to see Fringe shows, helped kickstart the touring schedule that underwrote its early endeavours.

“I think that really helped our agents with bookings early on,” says Boyce, “because we had all these connections to a lot of international presenters, especially in Asia, but also in Europe.” 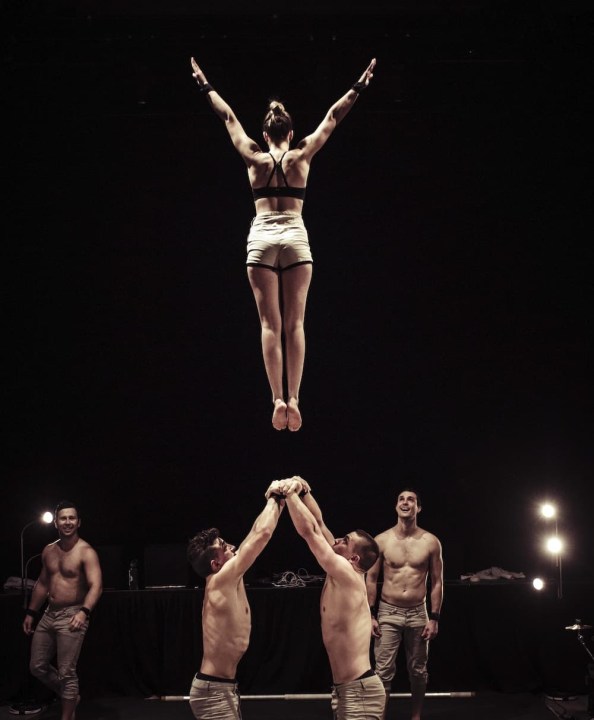 A Simple Space premiered at Adelaide Fringe and is still being toured. Photo: Steve Ullathorn

Other early lessons are underpinning the smooth expansion. The company’s mode of operations was developed as it toured self-presented works to Adelaide Fringe and beyond.

“Within the five directors, we each have pretty specific roles,” says Boyce. “They’ve naturally developed – the company’s been running for almost 13 years now and they align with our interests.

“I’m one of the creative producers for the company now, and I also do a lot of the marketing with Lachy (Binns), and one of the other directors studied business, so he’s the finance manager… and we’re still almost all acrobats working on the floor as well.”

While the company is undoubtedly changing – now employing about 30 acrobats and occupying new artistic realms – it is committed to maintaining its core through the ongoing development of small, independent works alongside its major commissions.

At the 2021 Fringe, GOM premiered I Want to Touch You – a show that harks back to its roots with an eight-acrobat ensemble and deceptively simple exploration of a complex subject.

“Adelaide Fringe still feels really special to us,” says Boyce, “and I guess self-presented seasons do allow for more experimentation in the work.

“There’s actually sometimes more opportunity to make money as well. If your work is commercially viable, then it can be a more commercial season in a lot of ways – and we’ve been incredibly successful in the past with Fringe seasons selling out.”

As it sets its sights on expanding horizons, Gravity & Other Myths is staying true to the learnings of its past. For a company built on a unique blend of innovation and familiarity, it feels like a natural way forward.

Gravity & Other Myths was last week announced as the winner of the 2021 Ruby Award for outstanding contribution by an organisation or group. It is the company’s third Ruby Award.