Set in a world unknowingly on the cusp of the pandemic, the State Theatre Company’s production of Eureka Day delves into an incendiary issue that perfectly illustrates Western society’s inability to agree on anything – even within a community of allies.

The parents of children at the Eureka Day School in Berkeley, California, are proud of the progressive ideals the school upholds: inclusivity, equality and social justice. But when an outbreak of mumps prompts the Health Department to demand mandatory vaccinations or quarantine for unvaccinated students, the previously unified board begins to splinter.

The play opens in a cheerfully decorated school library (wonderfully designed by Meg Wilson).  Five like-minded members of the executive committee good-naturedly debate adding “inter-racial adoptee” to the drop-down menu of heritage identity categories on the school’s website. These parents are all left-leaning progressives, yet in their drive for inclusivity and all-embracing respect for the sensitivities of others, they manage to continually talk over, patronise and mansplain each other.

The meeting is facilitated by Don (played to pitch-perfection by Glynn Nicholas), the socks and sandals-wearing head of the school, whose expertise in conflict-avoidance is unparalleled. The other committee members are parents of students. Suzanne (Caroline Craig), an elegant, yoga-mat-carrying mum is one of the school’s powerbrokers in her ultra-polite yet iron-willed commitment to its principles of diversity, integrity and respect. Eli (Matt Hyde) is an enthusiastic stay-at-home dad oblivious to the irony of his habit of interrupting others to mansplain inclusivity. Quiet single mum Meiko (Juanita Navas-Nguyen) knits through the meetings, trying to keep her romantic involvement with the married Eli on the down-low.

The final member is newcomer to the board, Carina (Sara Zwangobani), an African-American lesbian with a special-needs son. Open yet reserved, Carina is initially a little lost in the flurry of terminology and ritual, such as using gender-neutral pronouns when referring to students, and the closing of meetings with a quote from Rumi and deep-breathing. 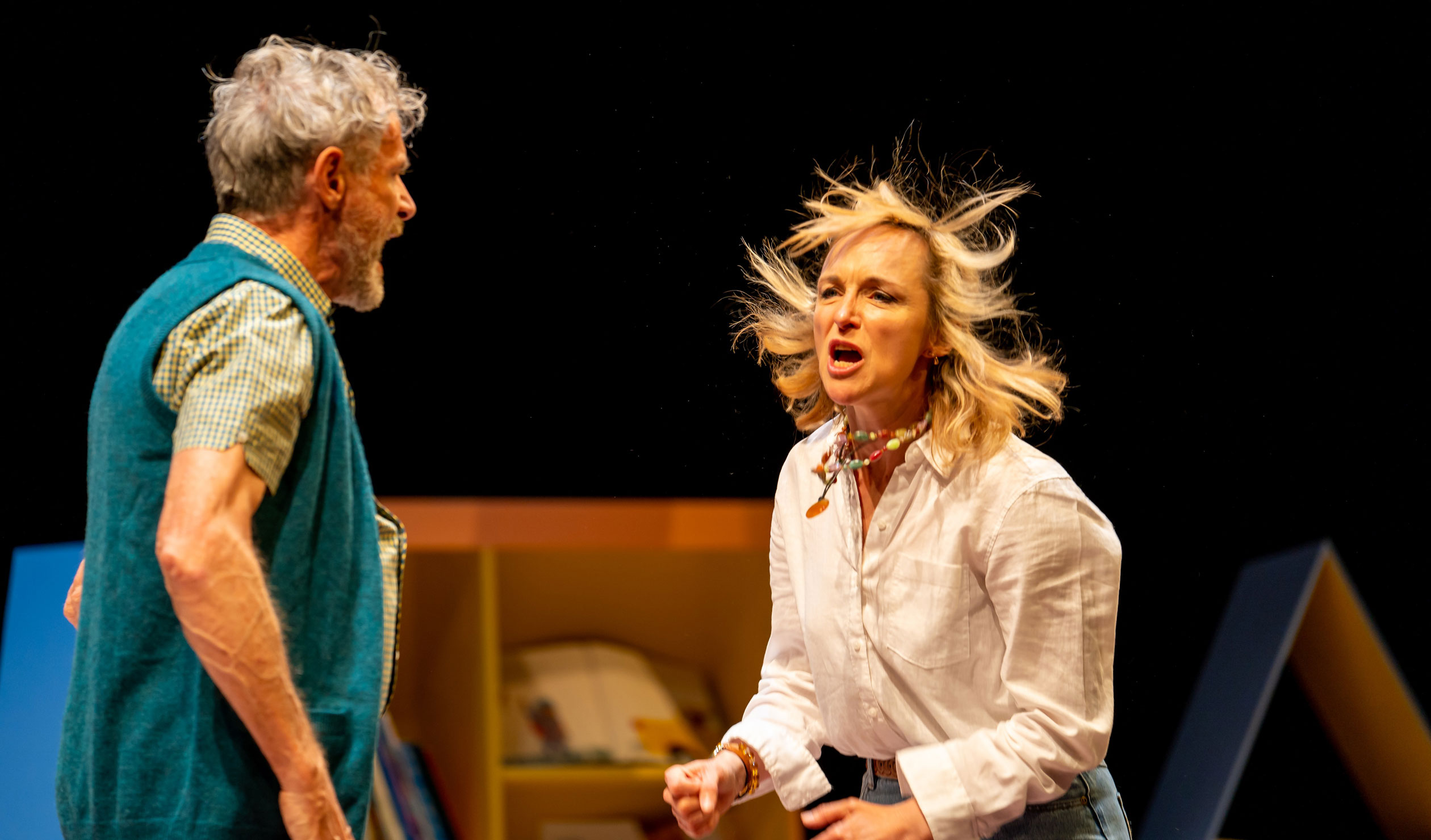 Despite their overarching commitment to progressive principles, there are amiable sparks of disagreement as the committee members discuss fine-tuning their public stance on inclusivity. But once the first case of mumps is identified, these sparks quickly flare into an inferno as they debate how to deal with the sizable population of unvaccinated students within the school community.

In a misguided effort to embrace transparency and reassure the school community, Don resorts to an online open forum. The committee valiantly attempts to facilitate discussion in front of a screen on which the audience watches the online debate explode. This is where the play’s humour reaches a climax, to the extent that the volume of laughter generated by the online thread overwhelmed the on-stage dialogue.

The opening acts, while undoubtedly entertaining, also stirred a niggling unease. The linguistic choreography of these ultra-polite parents in their desire to avoid offense presents an easy target for satire. One wonders how the language and behaviour of a right-leaning community would fare under similar scrutiny?

The tone change post-intermission is most welcome, allowing the characters space to reveal the motivations behind their individual stances on vaccination. Both Craig and Navas-Nguyen deliver stunning monologues, silencing an audience that, moments before, had taken gleeful delight in satirising their contortions of inclusive language. 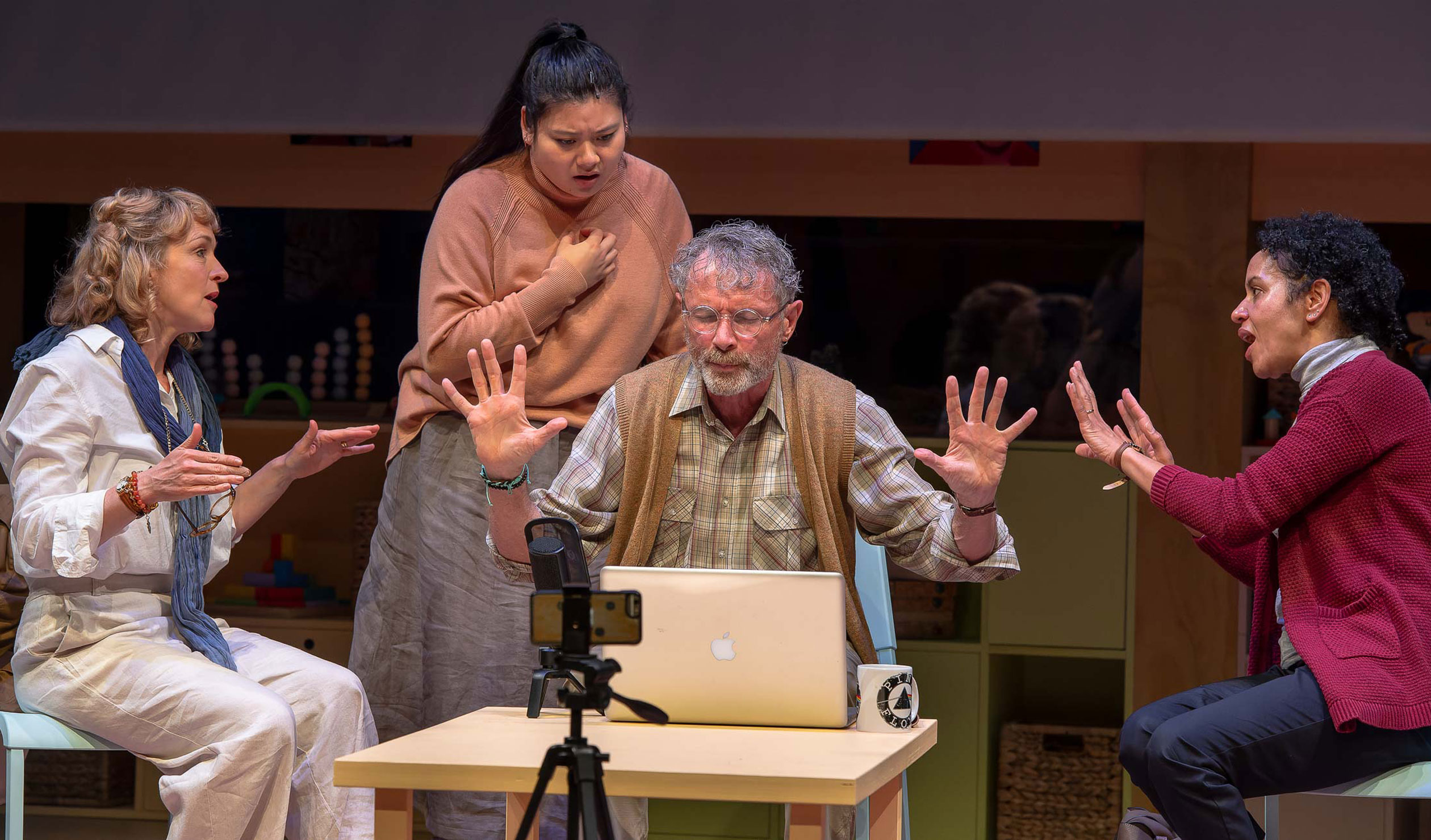 Director Rosalba Clemente has skilfully navigated the treacherous territory between comedy and drama with a steady, unsentimental hand on the tiller. In this hot-button intersection of liberalism and libertarianism, where we are faced with upholding either the rights of the community or the rights of the individual, Eureka Day forces us to look closely and with compassion at the motivations of those who we may otherwise dismiss as ignorant or deluded.

In a world still reeling from the impacts of COVID-19, where people openly disregard science and public health with the claim their individual rights are being trampled, this play could not be more topical – and acerbically entertaining.

Eureka Day is playing at the Dunstan Playhouse until November 27.