In the early days of the pandemic, actor Alys Daroy returned to South Australia from the UK to find that Adelaide, “one of the world’s leading arts and culture centres”, was without an outdoor Shakespeare company. She was spurred into action.

“I spoke to my agent, Ann Peters at SA Casting, and she said, ‘Darling, you’ve got to do it’. So I spoke to the Botanic Gardens and one thing led to another and here we are!” says Daroy, founder and artistic director of Shakespeare South Australia, which launched earlier this year.

Daroy has more than a decade of experience in Shakespearean performance, and before arriving back in Adelaide she was working on an “eco-theatrical production” at Shakespeare’s Globe in London. Shakespeare South Australia characterises itself as an eco-theatrical company, which means its approach to production conceptually and materialistically considers environmental impact and relationships to the natural world.

“There are number of ways of dealing with the conceptual,” says Daroy. “You can do it, as State Theatre have done, by addressing issues like climate change [such as with its recent production Hibernation], or you can do it eco-dramaturgically, which means you take an existing text that might not be about, say, climate change or biodiversity loss, but you re-interpret that text from an environmental perspective.”

For its debut show, Shakespeare South Australia is presenting Twelfth Night, one of Shakespeare’s most performed comedies, on the lawns in front of the Palm House in the Adelaide Botanic Garden. The eco-theatrical approach to this production is focused on material impact, with the company hoping to tackle conceptual elements in later works. 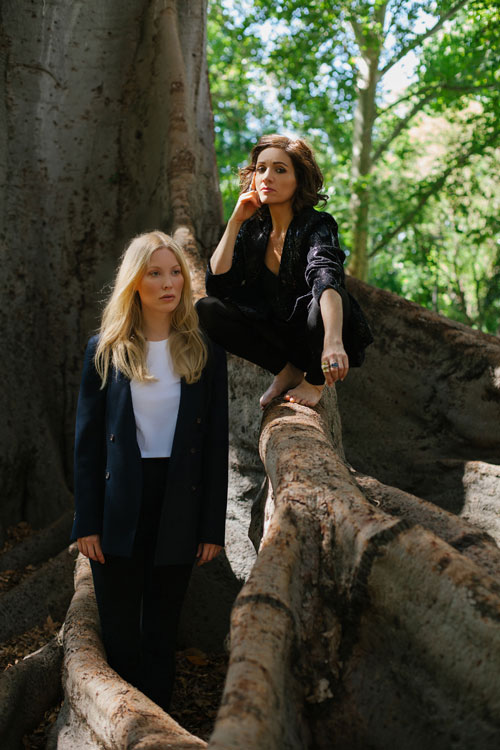 “We are considering how can we use existing resources and re-purpose them. Things like hiring costumes… [and] we have no built sets. We didn’t want to use amplification but because of COVID-safe spacing we are having to do that, but we are carbon offsetting that. We are using local suppliers. The cast are taking a vegan challenge… there are lots of initiatives.”

As Daroy explains, outdoor Shakespeare seamlessly pairs with an eco-theatrical method because Shakespeare’s canons have endless references to the natural world embodied within the text.

“There is this sense of natural processes, diurnal changes, seasons, botanical elements, nautical elements, geological elements which just pervade the text through simile and metaphor and direct reference,” she says.

“Twelfth Night is no different… there is the storm at the start of the play which creates this shipwreck, and we want to bring that out so we are looking at soundscapes and how we can really amplify the sense of nature being alive and dynamic.

“When we are in the setting of the gardens, there are those moments when, you know, Sebastian says, ‘That is the glorious sun’, and he will be pointing at the moon, and that’s a lovely opportunity for environmental irony. Audiences, in my experience, love that.”

Sebastian (played by David Daradan) and Viola (Melanie Munt) are the orphaned twins separated by a shipwreck at the start of the play, which leads to a comedy of errors involving mistaken identity and a love triangle. The cast of nine also includes Daroy and singer-actor Michaela Burger, with Britt Plummer and Jess Clough-MacRae sharing directing duties.

While Twelfth Night is a romantic comedy – with “opportunities for physical comedy, jokes, word play, a spirit of fun, a spirit of festivity” – Daroy believes audiences will also relate to its deeper and more complex themes.

“It [Twelfth Night] is actually quite dark in a lot of ways as well… It is ambiguous and multi-layered, and I thought it was a lovely place to start, given that the play deals with loss and reunion, and after COVID a lot of people have experienced that loss and separation. I thought it would be a lovely coming together in the Gardens.

“There is something for everyone: there’s dirty jokes, there’s physical comedy, there’s political allegory, there’s philosophy. People will bring their own background and experience to the text and that’s their journey. We hope to put on a good show and leave the rest to the audience.”

Twelfth Night is at the Adelaide Botanic Gardens from October 27 until October 30 as part of the Gardens’ Botanica Lumina program, and will have a second run at Carrick Hill from January 4-9, 2022.