First performed in 2018, Windmill Theatre Company’s Amphibian tells the story of a teenage boy’s refugee journey from Afghanistan to Australia.

Its remount season – a national tour heavily fractured by COVID-19 – comes to Adelaide this week. The tour has coincided with the Taliban’s violent return to power in most regions of Afghanistan.

The original and remount are directed by art industry polymath Sasha Zahra, who is working closely with the Afghan-Australian community and drawing on her career history to ensure the show has a positive impact at a traumatic time.

Zahra started as associate director at Windmill earlier this year, following her appointment in late 2020, which came shortly after a fortuitously-timed return to her home city.

“I was coming back to Adelaide after lots of years of moving around and freelancing,” says the artist, who has worked as a theatre director, event and festival programmer, arts producer and in many other roles. “I was making the decision to be based back here not knowing the world was going to turn upside down.”

The position at Windmill signals more than geographic stability. For Zahra, it’s a return to one of her first passions in the arts – working collaboratively with youth and community.

From a childhood spent performing with Cirkidz, to dancing and creating as part of the core ensemble at Restless Dance Theatre while at uni, she went on to hold leadership roles at organisations such as D’faces of Youth Arts in Whyalla and Kurruru Youth Performing Arts in Port Adelaide.

“Just the ethos of those companies and how they work, when I look back now, particularly with Restless, I am so thankful for those years,” says Zahra. “The way that company develops work, and teaches a different way of listening and tuning in with people – I still think that’s a big part of how I work as an artist now.” 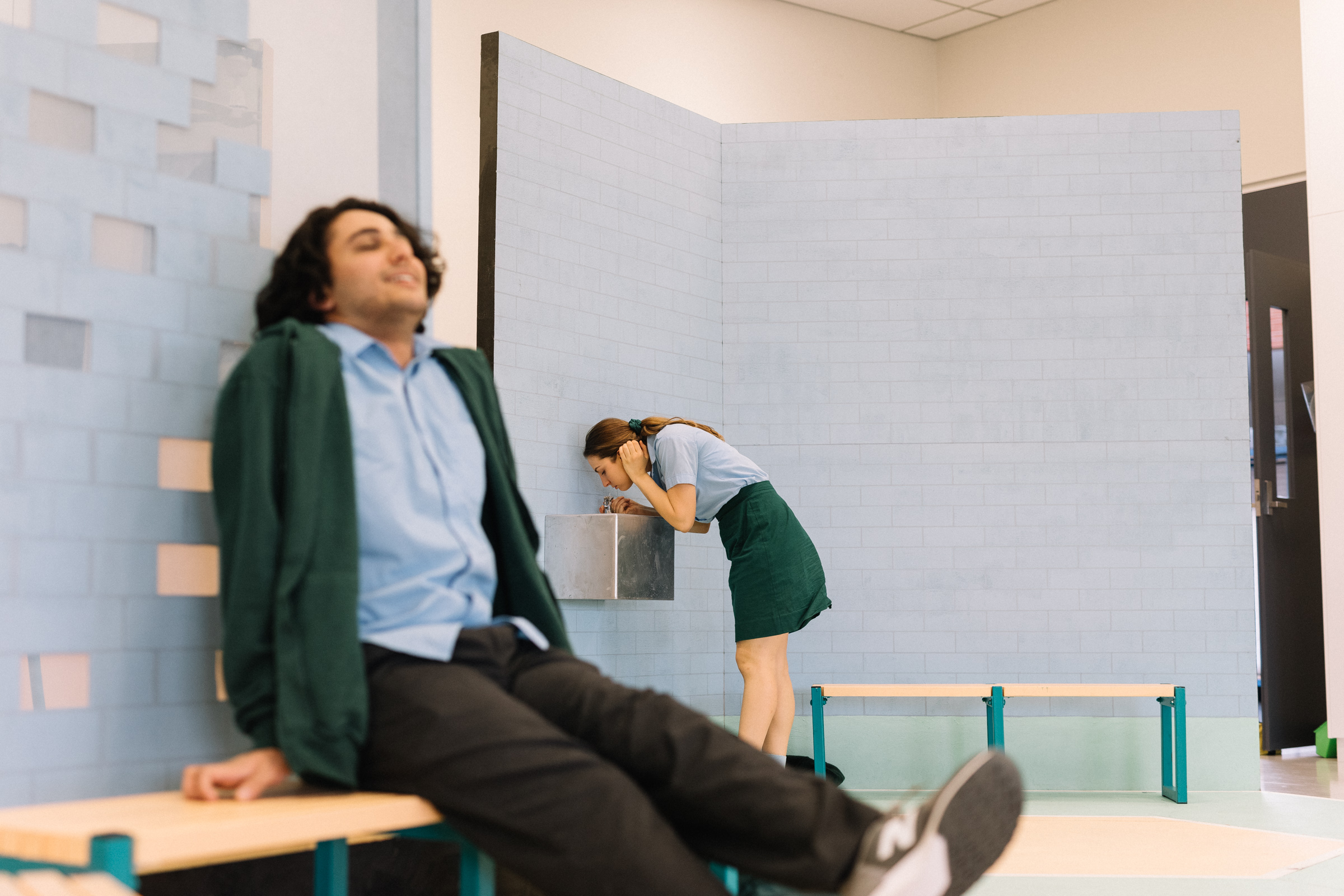 Rami Saaid and Julia Vosnakis in the 2021 remount of Amphibian. Photo: Thomas McCammon

A side-step into events and festivals – via DreamBIG Children’s Festival and into the Adelaide Fringe – saw Zahra learn to apply her artist and community-oriented approach at scale.

“Being part of things like the opening parade and the creation of the Fringe Club… the building of Desert Fringe and Fringe in the Mall… that was really about creating deeper experiences and a place for artists involved in the festival to connect.

“Those projects were really enriching for my development as an artist. I worked with great people and had great teams and was able to… build those things over many years and to see the outcome of that.”

At Windmill, Zahra is finding plentiful use for her unique skill set of creating art at viable scale without compromising its grassroots connections. As she tackles the Amphibian remount, she has reached out to one of the show’s original collaborators, Muzafar Ali – a photographer and educator who came to Australia from Afghanistan as a refugee.

“But he [Ali] has been amazing – going ‘No, this is an opportunity… it allows our story to be told, it allows people to think about our stories in different ways, it gives voices to us to be able to speak’.”

The box office proceeds from the final Adelaide show will be donated to the Baba Mazari Foundation – an organisation chosen in consultation with Ali. On the night, Ali and a representative from the foundation will address the crowd directly.

For Zahra, the event is an example of art at its most purposeful.

“Amphibian is a beautiful work and it obviously is really relevant right now,” she says, “but what I’m really excited about is that we’re able to elevate those voices and allow them to speak on behalf of their own communities and experiences.”

Amphibian is showing at the Space Theatre, September 21-25. The September 25, 7.30pm performance raises funds for the Baba Mazari Foundation

This is the third article in a new InReview series – The Business of Art – which will focus on the development of performing arts careers and opportunities from Adelaide. The series has been produced with the support of the Adelaide Fringe.