Theatre, says Margaret Harvey, should be “a living, breathing art form”. So when taking on the task of directing Who’s Afraid of Virginia Woolf?, a spiky drama set against the volatile political backdrop of 1960s America, she asked herself: “What does it say to me today?”

“For me, it was really about asking the question, what does this 60-year-old play say about the time we’re living in now if we don’t put it into a modern context?” Harvey tells InReview.

“An audience should want to see a production from the western canon, the classics, exactly as the author intended only so many times.”

To give the State Theatre Company SA production of the play contemporary relevance, Harvey – a First Nations woman with a Torres Strait Islander bloodline – decided to set it in 2021 Australia, using colour-conscious casting to reframe the original story and explore race-power relations in this country.

“I wanted it [race] to become one of the intersecting socio politics that is relevant to us in Australia and very relevant to me.”

Albee’s script is almost entirely unchanged, with the drama revolving around an epic row that erupts when associate professor of history George and his wife Martha entertain a younger couple, biology professor Nick and his wife Honey, at their home after a faculty party. When the play was turned into a film in 1966, Richard Burton played George and Elizabeth Taylor was Martha.

For her production, Harvey has cast Torres Strait Islander actor Jimi Bani (Mabo) and Susan Prior (Puberty Blues, Aftertaste) as the feuding couple, while Rashidi Edward (most recently seen in State Theatre’s Hibernation) and Juanita Navas-Nguyen play Nick and Honey.

“The colour-conscious casting just brings this renewed richness and nuanced effect to the language and the script that affects us at a level the play would have affected audiences in 1962,” Harvey says.

The characters will speak with Australian accents and the action will unfold on a set designed by Alisa Paterson and lit by Nigel Levings that resonates as a modern lounge-room, but not necessarily one audiences will recognise. Harvey refers to it as a “liminal space” and says it is another element in the play’s reframing.

“I’m fully aware that casting it in this way does something to the play that reveals other layers, so I wanted to make sure that I was stripping away that outside layer of the sofa and the cushions and a bar area and paintings on the wall.”

Unlike colour-blind casting, which involves casting actors in roles regardless of their race, skin colour or cultural identity, colour-conscious casting deliberately considers these factors.

Harvey – who is also an actor with credits including the title role in Indigenous director Wesley Enoch’s acclaimed 2005 production of Black Medea – says there is a “massive distinction” between the two.

“It’s not often we see colour-conscious casting in a classic. We see colour-blind casting, but as a First Nations woman of Torres Strait Islander descent, I’m never blinded by colour; you actually see the cultural identity of the performer that’s playing the role. 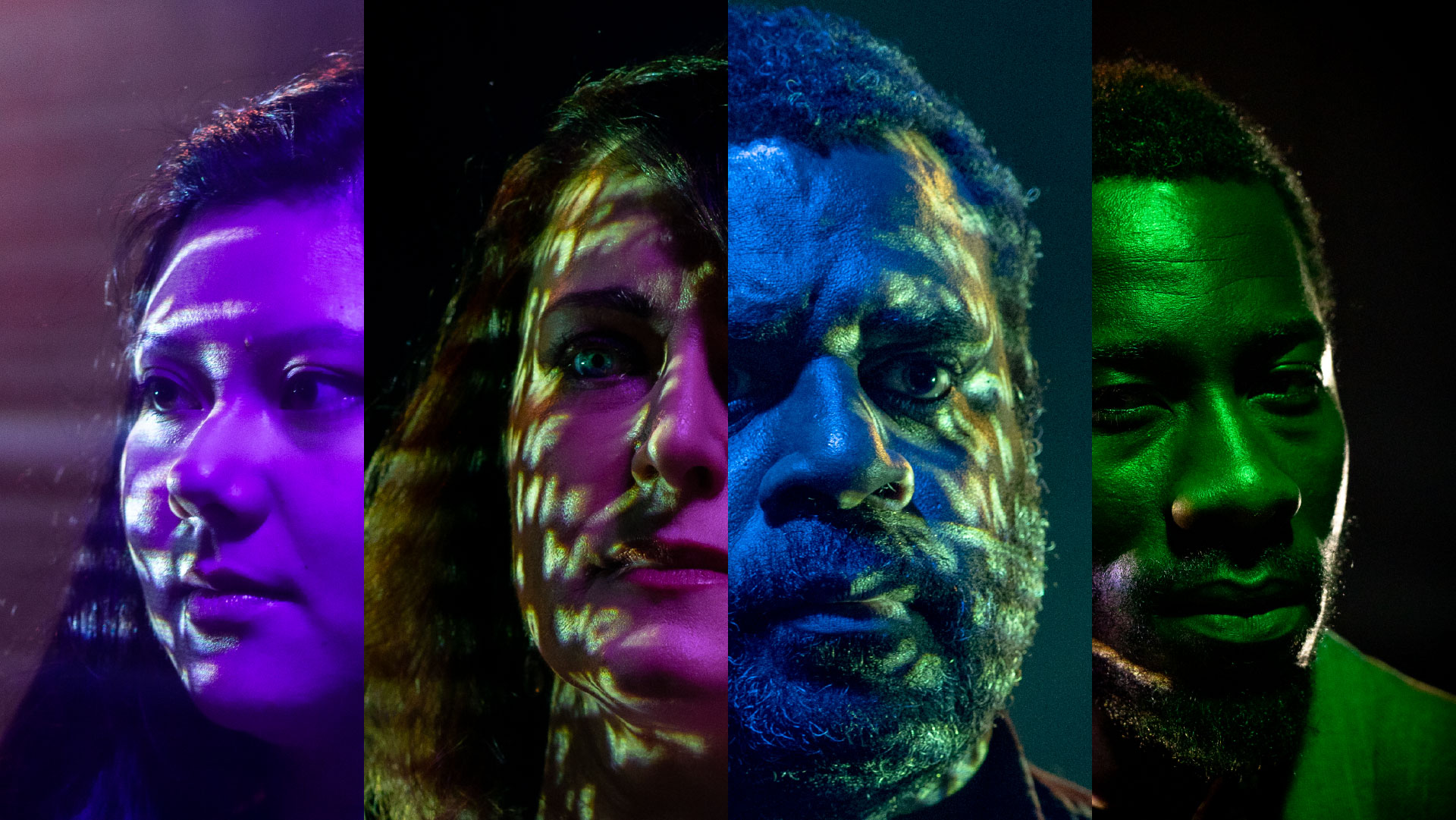 Harvey believes this approach to casting Who’s Afraid of Virginia Woolf? will make the play more relatable for a local audience because it is representative of Australia’s identity. Offering an example of how race adds another socio-political dynamic, she says that when history academic George is played by an Indigenous actor, it’s implicit that he would have a deep understanding of Australia’s story before and after colonisation.

State Theatre had to obtain permission from Albee’s estate for the casting, but this didn’t prove to be a problem. Although controversy erupted several years ago when the estate refused to allow a planned American production to go ahead, the concern in that instance was that Albee had specified he didn’t want a person of colour playing Nick and not George, believing this would change the dynamic between the two and therefore the essence of his play.

Harvey says there is extraordinary complexity within the playwright’s characters. And while some might view the vitriolic George and Martha as irredeemably obnoxious, she finds them endearing.

“There’s something about being able to see relationships play out in a way we wouldn’t normally see them play out if we went to someone’s barbecue… we wouldn’t be a fly on the wall and see the flaws in people’s relationships, because if we did we would look at them completely differently.”

The cause of the tensions in this particular love-hate relationship runs deep, with George a frustrated storyteller who is stuck on the same level in his career and has his ambitions thwarted by his father-in-law, while Martha is a woman who carries excess baggage of her own and is accustomed to using sexuality as a weapon. Despite their vicious verbal tirades, Harvey says it feels like love still exists within the relationship.

“There’s a mix in there and that’s why I do find them endearing. I see that in his text – it has those layers and levels of love. Sometimes too much to the point when they’re prepared to throw a dagger right at the heart but I can also see when they’re trying to avoid the dagger at the heart. That it actually comes from a place of not being able to be vulnerable with each other.” 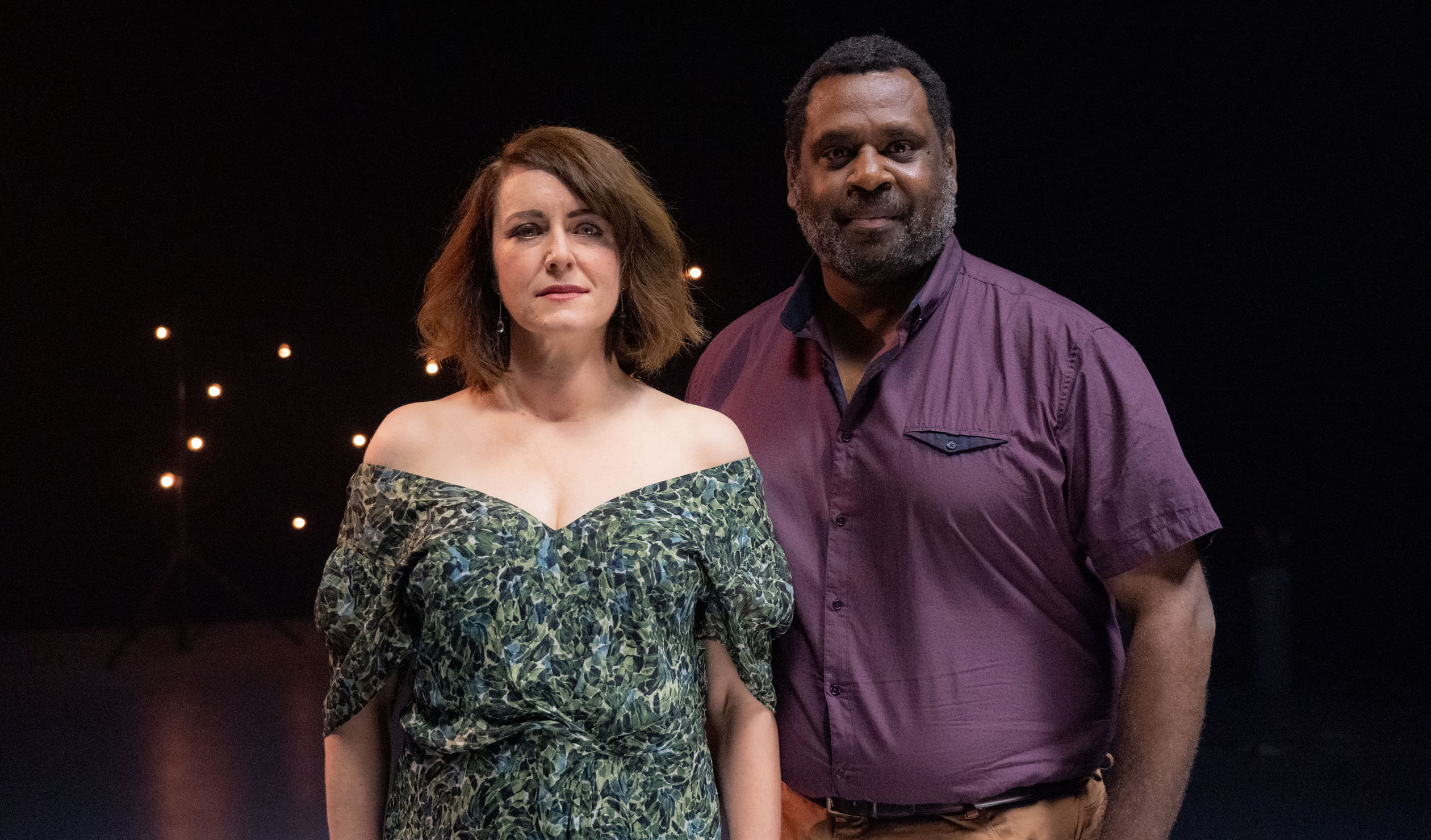 Illusion and reality are key themes in Albee’s script, with Harvey suggesting an alternative title for his play could be “Who’s Afraid of the Truth?” The chasm between the two is the essence of why George and Martha’s relationship isn’t working.

In Who’s Afraid of Virginia Woolf? the theme of reality versus truth runs much deeper than the central marital relationship, and while Albee’s story was intended as a commentary on the state of America at that time, Harvey says performing it in Australia shifts the focus to the state of this nation.

“That, for me, is that whole thing about the re-writing of history and how the nation has been built on a lot of falseness in terms of how we look at the past and how we look at the project of colonisation and our relationship between Indigenous and white Australia.”

State Theatre Company SA was scheduled to present Who’s Afraid of Virginia Woolf? at the Dunstan Playhouse from September 24, but the season has now been postponed due to a family bereavement within the production team. The company says it will announce new season dates as soon as possible.