Margaret Walsh, played by Rachel Burfield, is a headstrong, struggling single mother, navigating the trying job market and making the best of her Boston Southie hometown. Burfield appears to settle into her character as the play progresses, finding her stride as Margaret’s story unfolds and portraying an endearing, tragic character who gains the audience’s sympathy.

Nicholas Bishop appears as Mike Dillon, Margaret’s high school boyfriend, who “made it out” of the neighbourhood with a successful career as a fertility doctor. Burfield and Bishop give notable performances, and the tension and chemistry between them – as old friends, ex-partners, and people with a shared history but polarised present – draws out the humour and the heartache in David Lindsay-Abaire’s script.

The character of Dottie (Lyn Crowther), who is both Margaret’s friend and landlord, is the other standout in this production, providing wit and wisdom as an older Southie resident. Further, Crowther matches Burfield’s and Dillon’s consistent Boston accents.

Discussions of race are woven throughout the play and are centred around the character of Mike’s wife, Kate, played by Rhoda Sylvester. Kate is a young mother and highly educated woman of colour, who is pivotal is raising discussions of intersectionality. Sylvester portrays this character well, and Kate’s voice, as the only character who did not grow up in Southie, is crucial to the broader themes throughout the play. 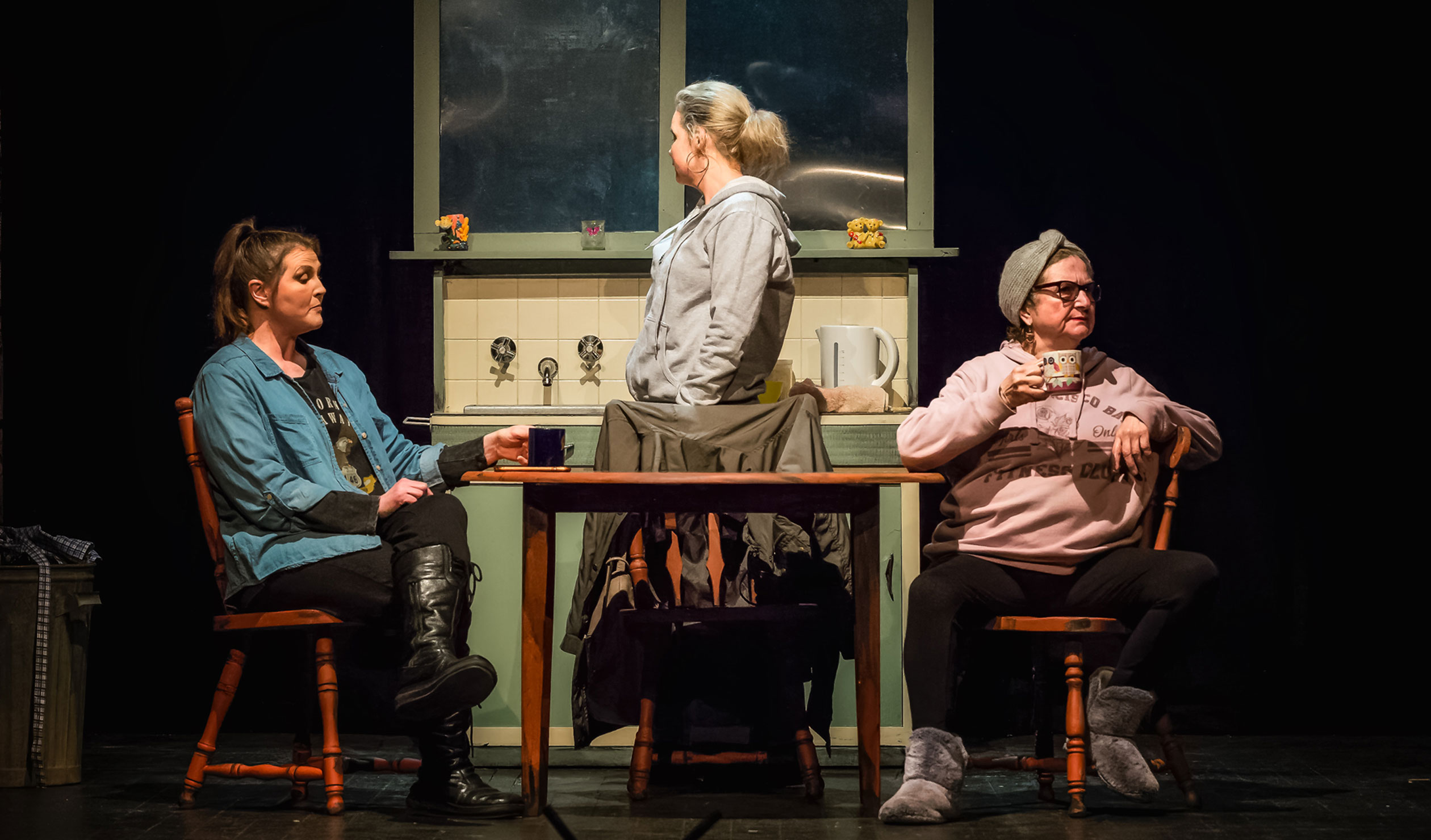 There is humour and heartache in David Lindsay-Abaire’s script. Photo: Richard Parkhill

Brittany Daw’s set design is impressive and intricate. For the first act, the stage is split into three sections: the back alley of a dollar store, Margaret’s kitchen, and Mike’s office. Considered details, such as milk crates and hanging doctor’s qualifications, not only bring these sets to life, but are symbols of class, affluence and education that reflect the themes of the play. The second act is predominantly set in Mike’s lounge room, decorated with wedding pictures, children’s plush toys and a chandelier: again, materialistic markers that are essential in discussions of status.

While there are elements of comedy within the script, Good People grapples with heavy, sensitive content. Its subject matter is important to discuss but hard to digest, particularly for the two-and-a-half-hour length of the play. The production feels dialogue-heavy and physically stagnant under the direction of Nick Fagan. With extended scenes (there are only six scenes in the entire production), the lack of movement on stage accentuates the play’s length and tests the audience’s attention span.

Although it is set in America, the themes in Good People can be translated to Australian life. The play explores how power and class determine an individual’s autonomy. It accessibly discusses the privilege of choice and the impact of decisions. It concludes that, perhaps, everyone is simply doing their best to not be a bad person.

Adelaide Repertory Theatre is presenting Good People is at the Arts Theatre until  September 11.

COVID-19 and the aged care crisis