When she picks up the phone, theatre performer, director and producer Joanne Hartstone is in the green room of the Bakehouse Theatre.

“I’m just looking at all the obscenities and messages scratched into the dressing room walls,” she says. “And finding my own from [my first show here in] 2011, thinking that so many South Australian artists have been in this space and utilised it.

“It’s just heartbreaking that it’s got less than a year left.”

Since its launch in 1988, the Bakehouse Theatre has become an essential part of almost every South Australian theatre professional’s journey, which is exactly what founder Peter Green hoped would happen.

“That was the whole plan when I first started it,” he says. “To give people a bit of chance to prove themselves, so they’d then be taken on by State Theatre and all the other paid-up organisations.” 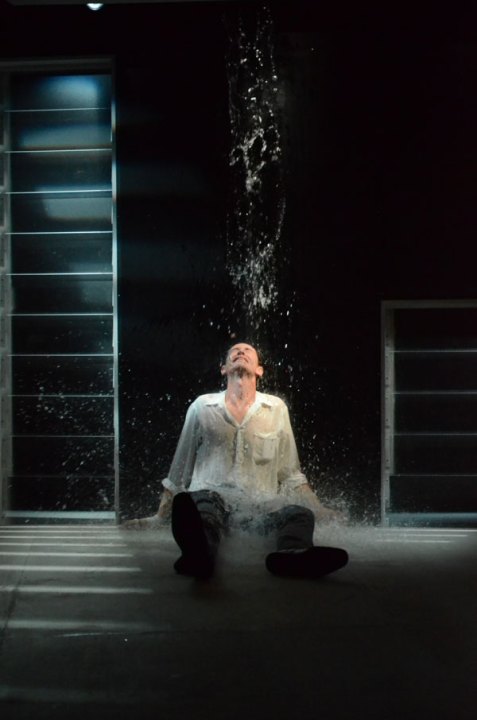 Matt Crook in Theatre Republic’s Between Two Waves, at the Bakehouse in 2014.

There’s no shortage of artists who have followed this trajectory. Among them is Corey McMahon, a theatre director and the CEO of Theatre Republic.

“Part of our business model has been to try and move beyond the Bakehouse to bigger venues in order to build the company and raise the profile,” he says. “But there’s no denying that putting our first show on, Lines, which was unfunded… would not have been possible without the help of the people at the Bakehouse.

“And we’d never rule out going back there – if a show needed a small theatre, a one-person show, for example, the Bakehouse would be ideal.”

This legacy of propelling artistic careers onward will abruptly cease when the Bakehouse Theatre closes in May 2022. As reported by InReview early last month, the building has been purchased by new owners, who have declined to renew the organisation’s lease.

The loss will be felt keenly by the independent theatre community, which has benefited from the unique and difficult-to-replicate attributes that make the Bakehouse a seminal space.

As well as always being affordable for artists to hire – something Green says was made possible by landlords willing to keep rent low and funding from organisations like Arts SA – the Bakehouse is one of Adelaide’s few “black box” theatre spaces.

“We’re all hunting and craving a black box studio,” says Hartstone, “because it really is a blank canvas you can paint your show on top of and it can transport you to any time and any place.”

The flexibility Bakehouse offers makes it ideal for pursuing big creative ideas. Currently Hartstone’s company, Hartstone-Kitney Productions, is using the Bakehouse as a base for an innovative live-streamed season of productions that will beam into the Hollywood and Edinburgh Fringes.

In years gone by, McMahon and his collaborators have variously flooded the Bakehouse’s stage with water, sat half their audience onstage among the actors, installed a giant tiered wedding cake-esque structure as a set, and turned the theatre into a suburban home.

The need for more of these flexible spaces in Adelaide is so strong that Hartstone and partner Tom Kitney have created Black Box Theatres – pop-up venues that sit on the edge of the Botanic Garden during the Adelaide Fringe season.

“We have also been looking for a space we could make into a permanent venue… But at the moment we’re looking at commercial rents and that just means we’re knocked out of the system,” says Hartstone. 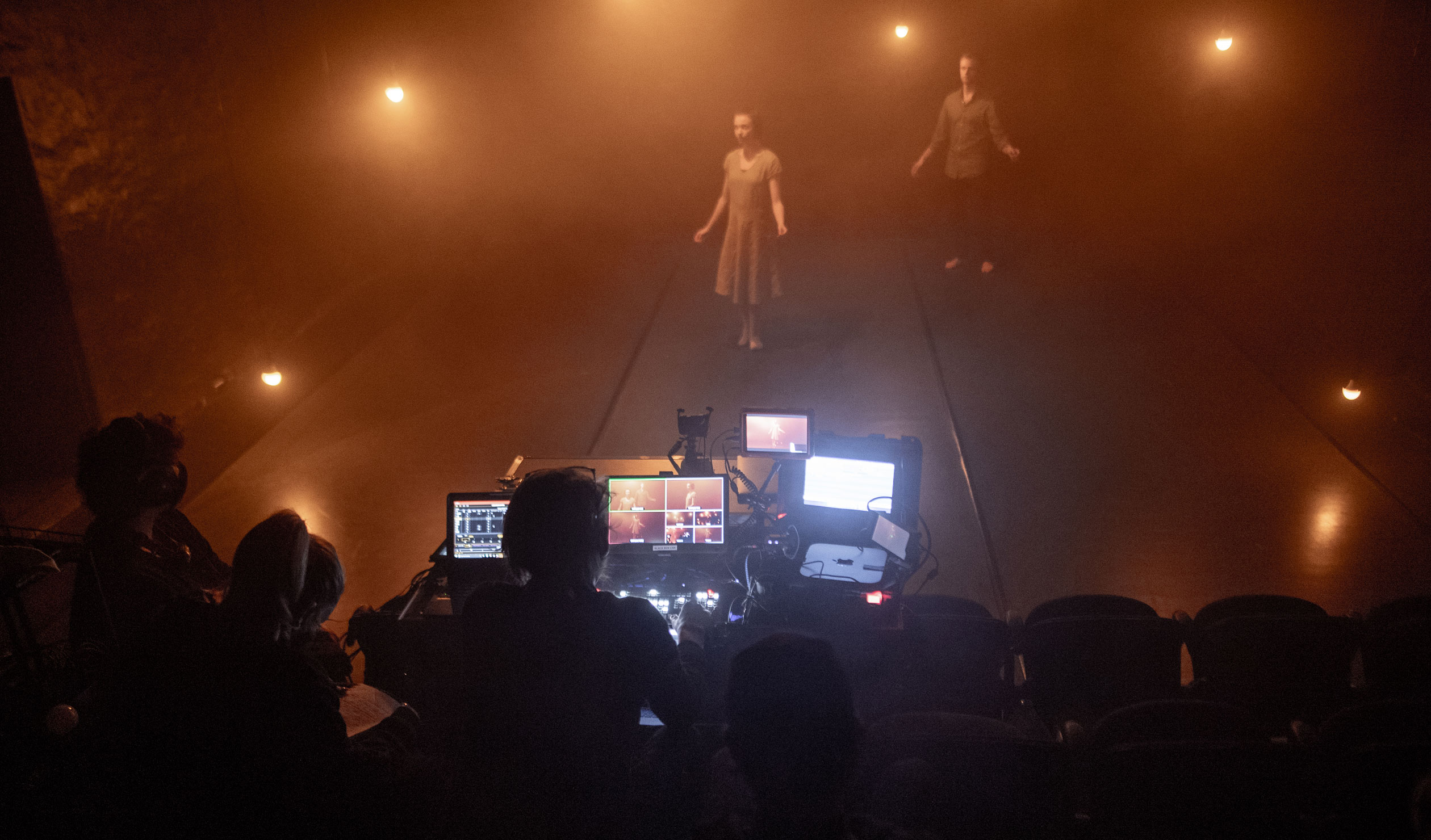 Even if leasing a comparable space was financially viable, there are elements of the Bakehouse’s offering that will take years to rebuild once lost.

Adelaide Fringe head of program operations Jo O’Callaghan says the community that has accrued around the theatre over the past two decades is a vital part of Adelaide’s cultural scene.

“In 2021, we had 13 [Fringe shows at the Bakehouse] and we sold over 3300 tickets,” she says. “So, there’s a big attendance there of people going; we know it has a really dedicated audience.

“And when you’re looking at the history of the Bakehouse, it’s about the knowledge of the people… it’s definitely been a really amazing support for a lot of independent artists that we see go on to really beautiful long, flourishing careers.”

O’Callaghan, like Hartstone, sees the property market as a key barrier to the future of comparable small, independent arts spaces in the city.

“When we look at other spaces, like La Boheme that closed down, they were majorly impacted with development around that area,” she says. “There’s been a lot of other venues we’ve seen pop up and close because they can’t compete with the commercial development market.”

O’Callaghan suggests there’s a role for regulators to play in ensuring new property development doesn’t go hand-in-hand with the closure of cultural spaces.

“The sector as a whole has challenges to face, but we can’t do it without the Government support – it’s too big,” she says. “It’s too big for our company, or any company to tackle alone.” 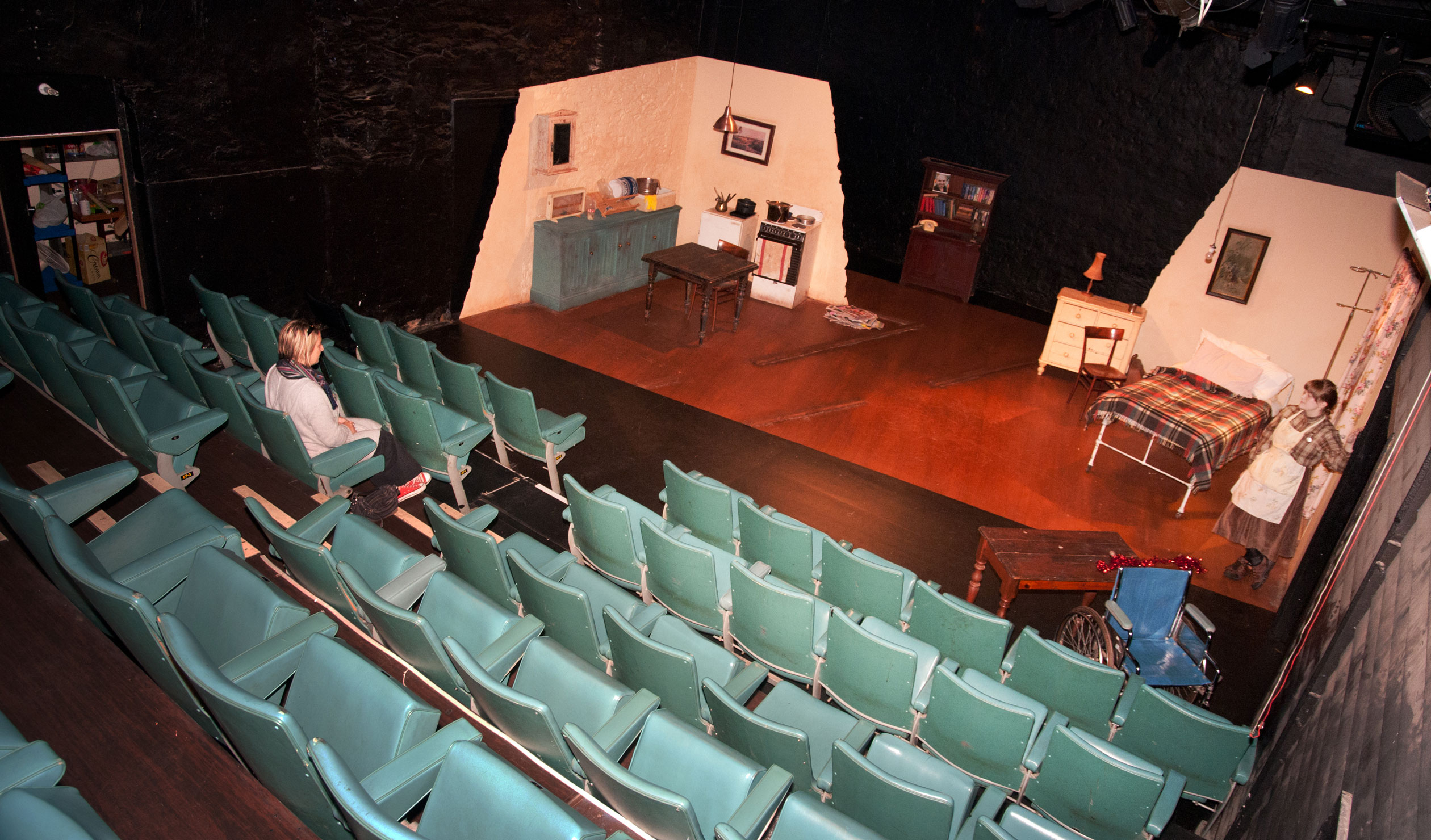 Joanne Hartstone on stage at Bakehouse as Annie Wilkes for a 2011 production of Misery, produced by Peter Green. Production designer Tammy Hall is sitting in the audience.

A departmental spokesperson for Arts SA says the State Government is pushing to make existing spaces – including the Adelaide Festival Centre’s Space Theatre, which is a black box set-up that is available for hire, but at rates often out of reach for independent artists – more widely available.

“The State Government is implementing a number of initiatives to reduce barriers and improve access to venues and performance spaces.

There’s energy in the sector to keep the essence of the Bakehouse and its role in supporting emerging artists alive, but for the venue itself, time is about to run out.

Peter Green and Bakehouse artistic director Pamela Munt are planning to finish in style – with a packed program and a final Fringe season in 2022 set to ensure the theatre is bustling until the bitter end. But it’s not the conclusion Green had envisioned.

“What I’m sad about is that we couldn’t hand the venue over to somebody else and say, ‘You guys keep the legacy going’. That’s probably the saddest thing, that the venue itself is going to be lost to the arts,” he says.

Still, he is steadfastly optimistic that Adelaide’s artistic spirit is too robust to be dampened by the shuttering of his iconic venue.

“The artists will do it, they will find another place to put things on… it’ll keep happening.

“We’re quite a resilient lot, people in the arts industry.”

Note: This article has been amended since publication.