Writers of science fiction and dystopian tales often set events decades in the future, presuming this will help us believe in the worlds they conjure. Orwell’s Nineteen Eighty-Four was published in 1949, while 2001: A Space Odyssey was inspired by a story Arthur C Clarke wrote in 1951. An Australian sci-fi thriller which opened last year’s Adelaide Film Festival catapulted audiences all the way to 2067 in its vision of an Earth on the verge of collapse due to environmental destruction.

South Australian playwright Finegan Kruckemeyer originally had 2040 in mind for his new play Hibernation, in which world leaders agree to launch a gas into the atmosphere to put the entire global population to sleep for a year so Earth can reset in the face of the climate crisis. By then, he figured, the stakes might be high enough to warrant such drastic action.

Later, during their dramaturgical discussions, he and Hibernation director Mitchell Butel agreed the epic story would unfold in 2030.

“We thought, why not add that extra sense of urgency to it?’,” Kruckemeyer says.

“And since then, in speaking to scientists and reading books about it and exploring the issue fully, it seems that there is something to be said for this sense of escalation and why something does need to be done sooner rather than later.”

Coincidentally, Kruckemeyer is speaking to InReview on the same day a damning report from the United Nations’ Intergovernmental Panel on Climate Change reveals that global warming is on track to hit 1.5C above pre-industrial levels in around a decade, with nearly all the warming due to greenhouse gases associated with human activities.

Hibernation, presented by State Theatre Company SA, doesn’t detail how the climate crisis has manifested in 2030, instead focusing on stories of individuals and their relationships, leaving room for the audience’s imagination to fill in the bigger picture.

“It’s actually very ambiguous, so a lot of the gaze or focus of the play is on the very specific… on people existing around the world who are contending with the notion of what this shutdown will be,” Kruckemeyer says.

“In terms of what their circumstances are and what’s happening outside their window or down their street or in their city or country, I’ve tried to do this thing of alluding to a sense of urgency and suggesting the stakes are high but without naming specifics.

“And I find an audience who comes to a work will do so much of the embellishing in their own head; they will paint these beautiful or worrisome or whatever they are pictures in their own head about the environments and the circumstances, and invariably those are more dramatic because they are created by you.” 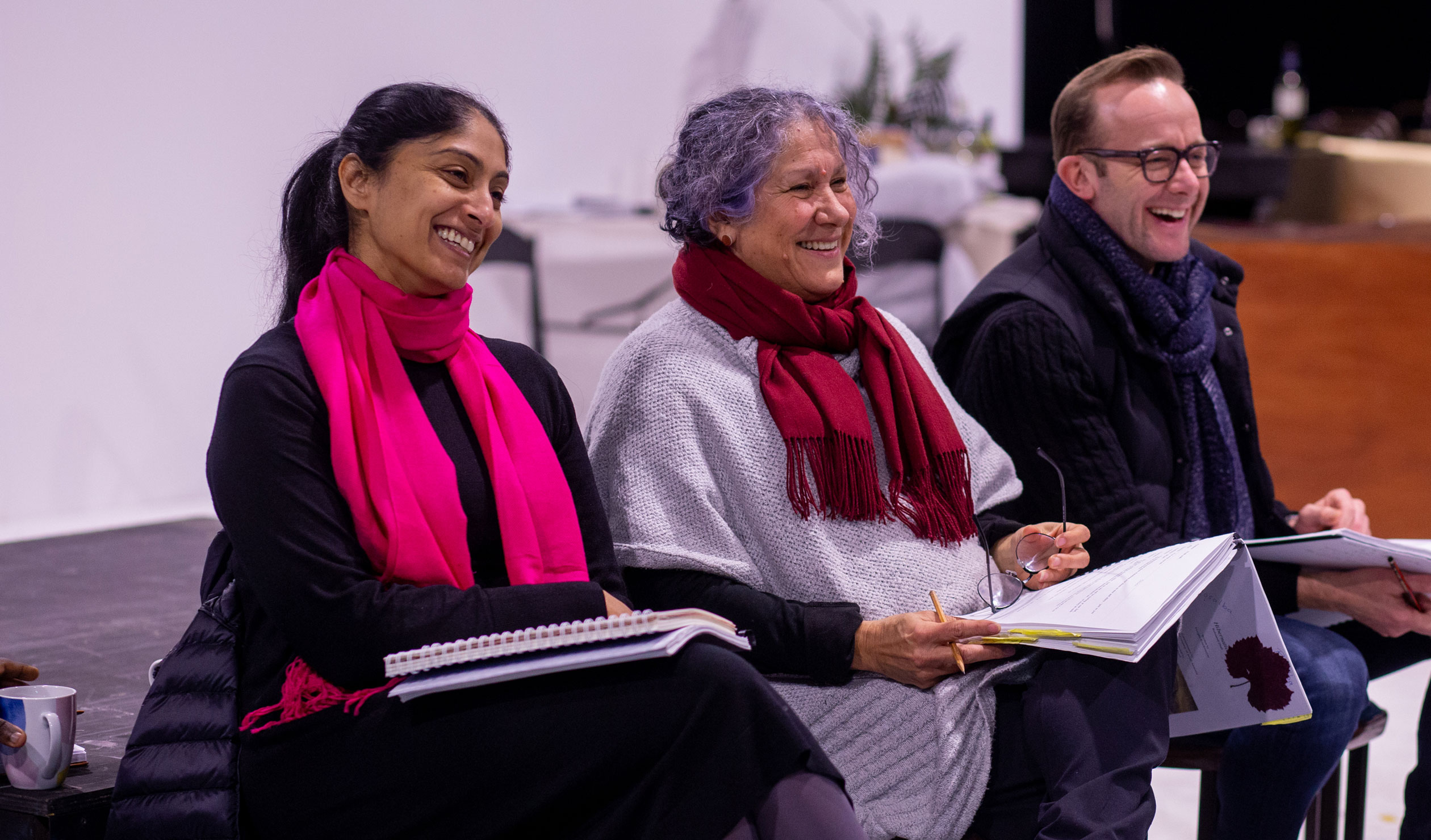 Having returned home to Adelaide a few years ago with his wife and young son after living in Tasmania for 15 years, Kruckemeyer has relished the opportunity to sit in on some of the State Theatre rehearsals. Between them, he says, the actors portray around 20 characters representing people in a range of circumstances in different countries.

One scene is set in Canberra, where the blueprints are created for the hibernation: “It looks at the political back and forth, the mechanisms of power… it has that very fast-paced and kind of West Wing-ish back and forth.” Other characters include a couple in Lagos with a history of grief, a multi-generational family in Colombia’s Bogota, a newsreader couple in the United States, and a father in Korea trying to explain the circumstances of hibernation to his daughter.

There’s also a scene set in Adelaide, where the characters and the places they reference will feel familiar to South Australian audiences. “That comes at a point in the play where we felt it was really important to localise it, to bring people home, to give the sense of this is occurring somewhere that you know,” Kruckemeyer says.

Hibernation unfolds over three acts – the precursor to the event, the actual hibernation, and then its aftermath, when citizens must forge their lives in a new wilderness – with the changes in time and environment evoked through the set and costume design of Jonathon Oxlade.

Kruckemeyer added the middle act at Butel’s suggestion, but admits it was tricky, given that the characters are all asleep. He says the play suggests that the experience of hibernation “feels like you’re being told a story”.

“And then I had to decide the palette of that time. So it feels a bit purgatorial; it feels like this weird limbo state between two tangible befores and afters.

“I can’t really say more than that, but it’s about change and evolution and love and regret and how we move from one state to another. Essentially, whatever the characters are doing in that middle bit is an evocation of what the world does in the meta context of the play.” 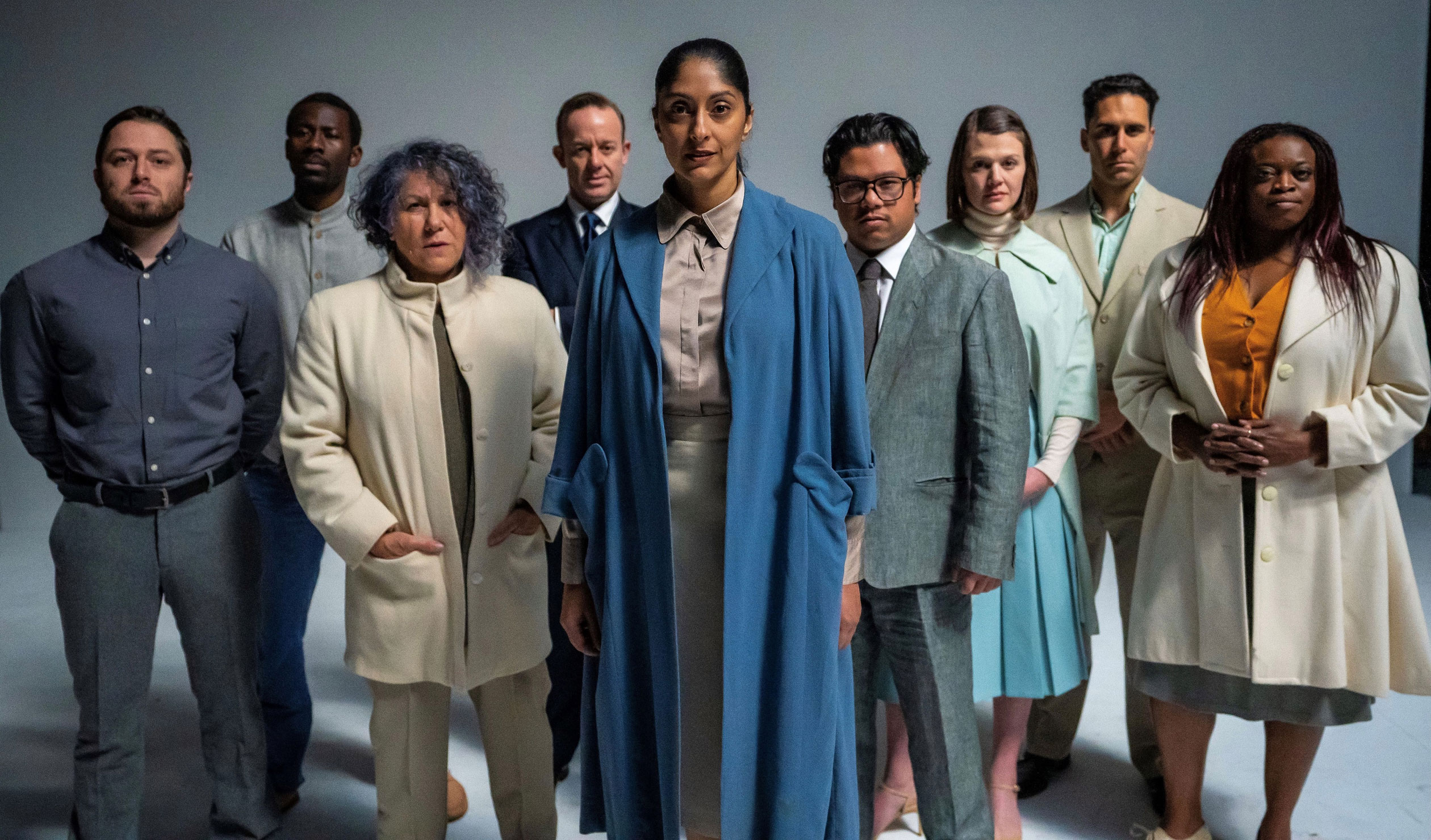 Hibernation is performed by a diverse cast of actors. Photo: Matt Byrne

Kruckemeyer had the idea for Hibernation in 2019 and was writing it when COVID-19 took hold. Now it seems prescient, with air pollution levels across the world found to have dropped significantly when quarantines and shutdowns were put in place.

“But then, of course, there’s human nature and already we’ve seen how the world returns to being the world and whatever concessions it made last year we’ve essentially matched our levels again – we’ve returned to this state of consumerism and things have sadly caught up.

“It [the play] is positing what would have to be done to really invoke a huge change and one that’s lasting.”