While COVID restrictions leave the Goodwood Institute half full and audiences enjoy the luxury of space, the large cast of Macbeth fills the theatre with memorable performances. This interpretation of the “the Scottish play” – in costumes with tartan sashes – swiftly captivates viewers as it reveals the tale upon which the play is based.

Matt Hyde captures all facets of the complex and ill-fated Macbeth as he moves erratically from outbursts of rage to tears of terror to the facade of a cool-headed king. It is an accomplished characterisation that, while distressing to watch, also evokes sympathy from the audience.

Rebecca Kemp plays Lady Macbeth, delivering a similarly powerful emotional range. The audience sees both the stone-cold leading lady they expect from the play, as well as Kemp’s haunting display of a character riddled with guilt, descending into madness.

The entire cast interprets and delivers the Shakespearean language with ease and finds myriad nuances within the script. Shedrick Yarkpai, as Macduff, is notable in his performance and in discovering the depth of his tragic storyline. 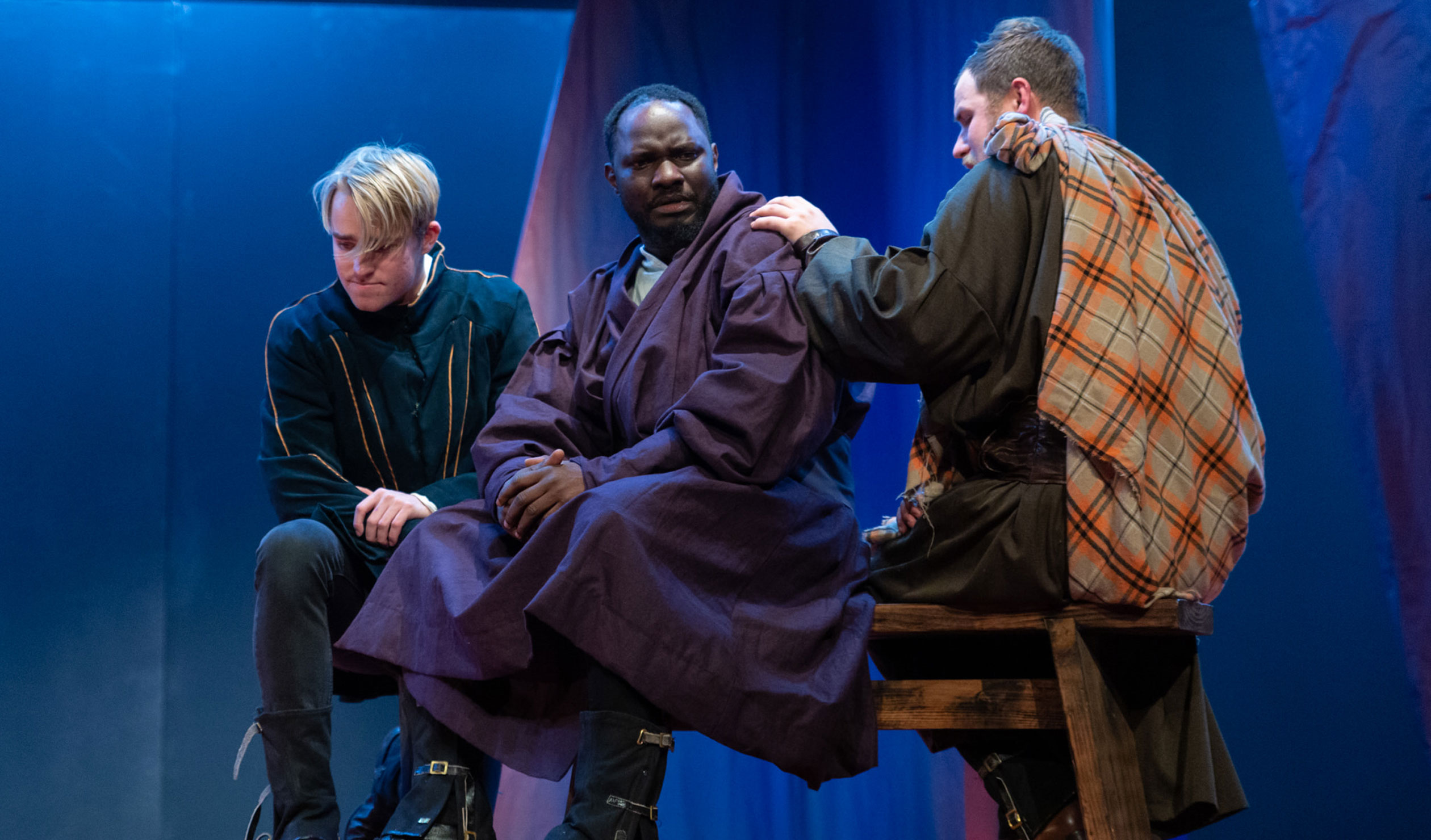 Macbeth’s iconic witches are played by Pam O’Grady, Lyn Wilson and Emma Bleby, and bring the “mystic” to this production. The three have an engaging dynamic and work well off each other, with a fresh concept designed to reflect three generations of women – the grandmother, mother and daughter.

A blood-red raked diamond-shape stage is the most striking aspect of the set. The colour is a reminder of what is evolving throughout the play, while the slope adds a sense of depth to the space. The cast, under the direction of Rob Croser, uses this sloped surface well to add visual emphasis to the power dynamics within Macbeth, especially during the brilliantly choreographed combat scenes.

The lighting design enhances the effect of the raked stage. It is particularly powerful when actors are downstage addressing the audience with actors illuminated or shadowed in front of the potent hues of red flooding the space behind them. 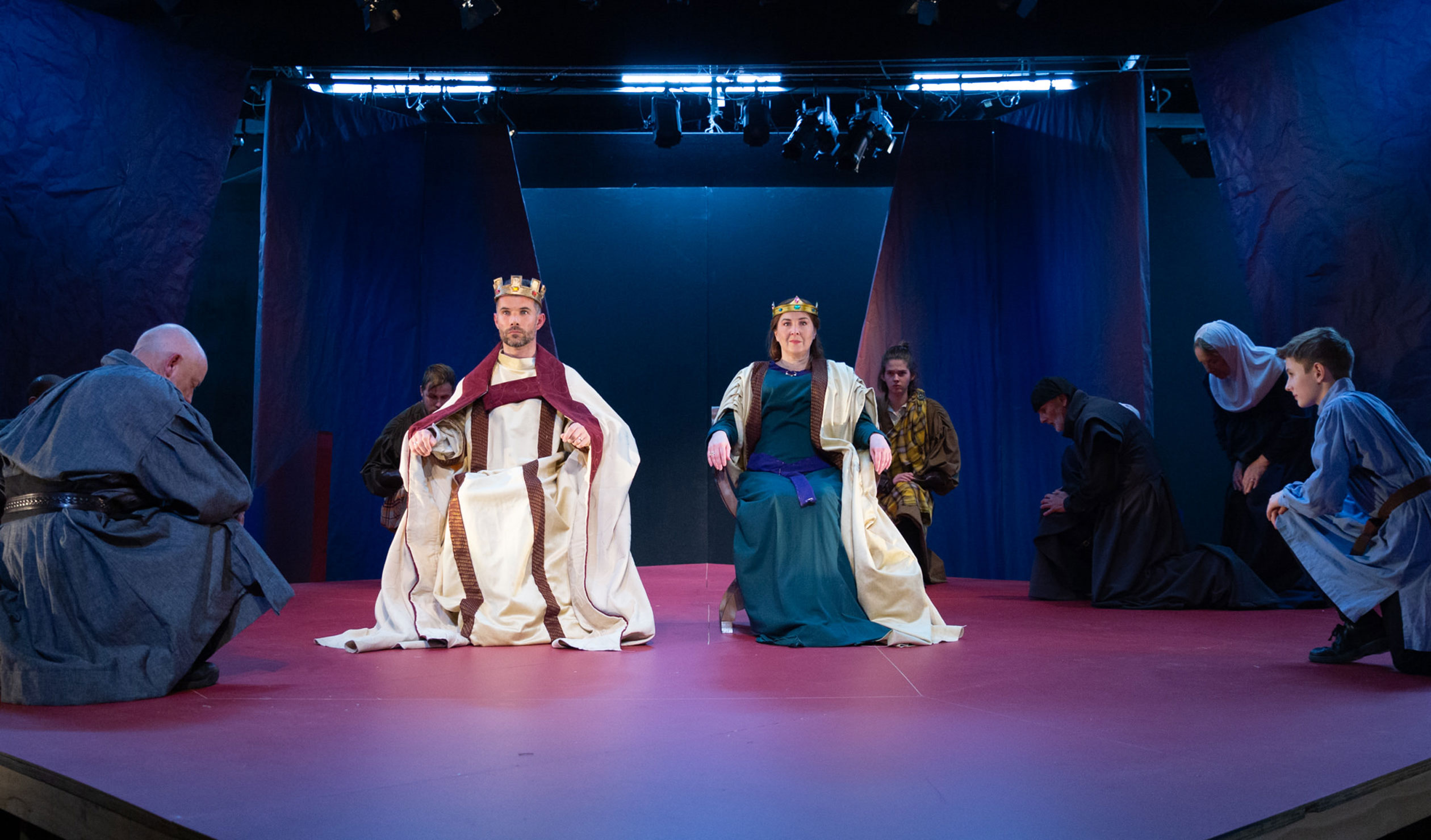 The performance is enhanced by a raked stage and effective lighting. Photo: Jacqui Munn

There are minimal set changes, so lighting plays an intrinsic role in establishing the scenes and creating the mood. Ambient noise, such as birds chirping or violent winds, pairs well to establish a world where the narrative of Macbeth convincingly unfolds. The play’s continuity is nicely streamlined by the lack of an interval.

Independent Theatre’s Macbeth both moves and enthrals, and is proof that Shakespeare does not need to be modernised to connect to audiences; it still has a place in its truest form.

Independent Theatre is presenting Macbeth at the Goodwood Institute until August 7. Read an interview with director Rob Croser here.