New owners took over the building last year, and founder and creative producer Peter Green tells InReview the theatre has been negotiating for some time to try to extend its tenancy, but without success.

“It’s gut wrenching in some respects,” he said. “I’m most sad that it won’t be a theatre any more. To me it’s a great little venue and it’s perfect for independent theatre makers to be able to do shows and be in the city, not to mention the Fringe program every year.

“I’m sad for all the people who have used the theatre and would have continued to want to use the theatre.”

Green established Bakehouse Theatre in 1998, with its name a nod to the building’s early use as a bakery from 1890. According to a timeline of the building researched by artistic director Pamela Munt – who has run the theatre alongside Green for the past 20 years – it had previously been owned by the Communist Party, which used it as its headquarters from 1976 and also rented out the space for performances. In 1979, as part of a collaboration with the Communist Party, The Red Shed was launched on site and hosted live shows and other events until 1990.

Today, Bakehouse operates two intimate theatre spaces:  the Main Theatre, with a capacity for 86, and the Studio Theatre (capacity 40). While it is especially busy during Fringe, shows are presented in the theatres all year round.

Munt’s Unseen Theatre Company, which specialises in Discworld plays by UK author Terry Pratchett, is Bakehouse’s resident company, and a wide range of other theatre groups also regularly use the venue, including local companies STARC Productions and Joh Hartog Productions. 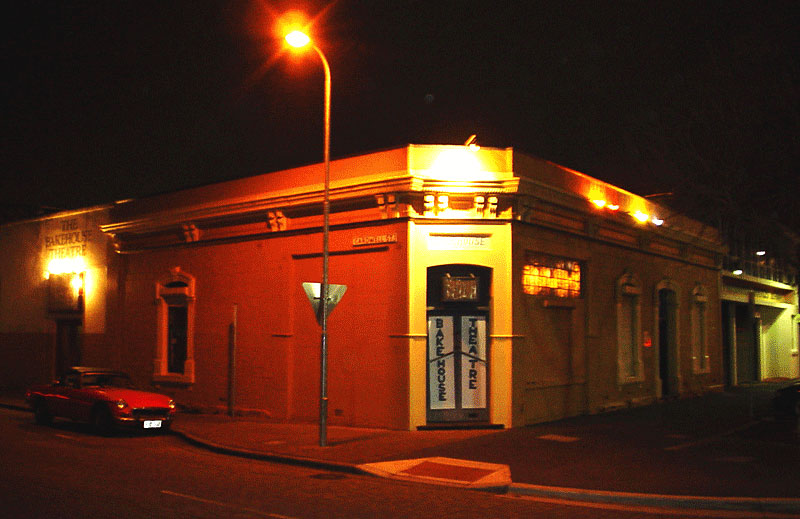 Discussing the impending end of Bakehouse Theatre on Peter Goers’ ABC radio program Smart Arts on Sunday, veteran arts writer and theatre critic (and InReview contributor) Samela Harris described it as a “huge tragedy” for Adelaide: “That theatre is so important to us. It has a wonderful tradition of good theatre.”

The theatre has a full schedule of shows planned for the rest of this year, with a production of Sam Shepard’s True West opening on July 14. Green says it hopes to keep operating right up until the lease expires in May, including during next year’s Adelaide Fringe.

It’s not known what the new owners plan to do with the site at 255 Angas Street, but it is understood they also own adjacent properties.