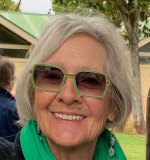 Creation Creation has been developed through six months of interviews with people aged from 8 to 102 by its co-creator and scriptwriter, Roslyn Oades. These subjects have been asked to cite their big questions of life and, perchance, to answer them.

Designers Jonathan Oxlade and Fleur Elise Noble have devised a great, big blank on which to play out the answers to life. It is an expansive monochrome set of white shapes made of cardboard which is, of course, as flimsy and impermanent as life itself.

Clad in white hazmat overalls, the show’s two designers turn out to be the principal performers. They are quite delightful, frequently extremely comical. Indeed, as the man so famously behind award-winning designs, Oxlade turns out to be something of a bedazzling mime artist now that he is out front.

The production, directed by co-creator Rosemary Myers, uses a soundtrack spliced from the 35 hours of recorded interviewees rather than a live script. High on stage in a cameo frame is one Dan Cleasby, a very engaging AUSLAN interpreter.

While the performers do not speak, as each grand question is played out, the often lavish answers are embellished by a lively, vivid, and highly original soundscape from composer Harry Covill.

And thus does The Big Bang arrive with a bang to start human life. But it does not come alone. The Chinese creation figure of Pangu then creates heaven and earth from a big white egg and, for good measure, the Greek mythological explanation of human racial origins adds that it is only because Zeus accidentally stepped on one of his entities, that the world does not have blue people.

The two performers populate the stage with a wide array of fanciful and/or genuine answers to the big questions. Oxlade’s writhing parody of a baby in the birth canal is uproarious and well explains why babies are born exhausted. Death is explained poignantly along with people’s ideas of visions of afterlife. War is loud, violent, and very scary. Audience members tremble in their seats, despite the whimsy of a plumbing plunger as a lethal-weapon control lever. 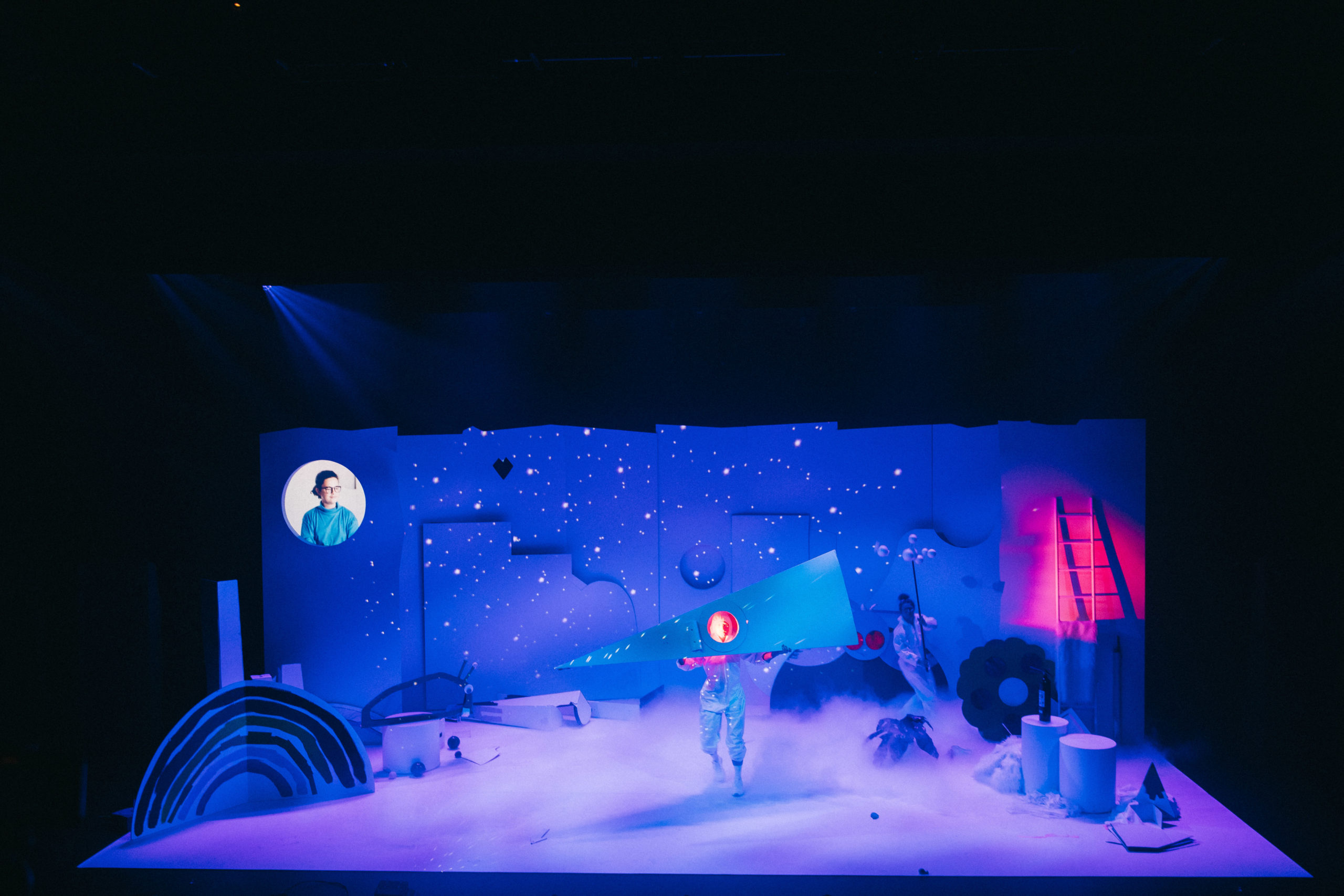 It is perhaps the oddest Q&A session one might ever encounter and, while confronting humankind’s deepest existential questions, it touches on faith but neatly sidesteps religion itself.

The future, however, gets a bleak prognosis from the children Windmill has interviewed. The set is dissected as the world crumbles. Then, two new white-overalled characters in the form of Mikayla Haddad and DJ Gorski step onto the scene. They are children aghast at the state of the world but prepared to help to rebuild it. And so they do.

Hence, the show ends on a note of optimism.

However, it is the black hole scenario which will live in mind’s eye for young and old. Therein a huge black sheet pours out from a hole in the backdrop’s whiteness. It is drawn up to cover the entire performance space creating a total eclipse. It is not just a blackout. It is a pitch-black blackout. Some children cry. It is very dramatic indeed. Then, with a touch of the old blacklight, fact and humour are married in a comical depiction of spaghettification. Perchance many schoolteachers around the state will be boning up on it as audience children arrive in their classes with this new physics knowledge.

Creation Creation is a brave and brilliantly inclusive concept from Windmill and it has been brought together by a large team. It seems to find its attention target best with pre-teens although, on its opening Saturday matinee performance, it was the parents and grandparents who were laughing loudest and longest signalling that Windmill has tapped into a universal vein. 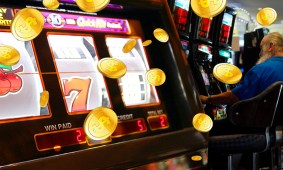 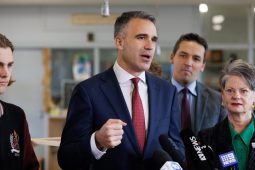 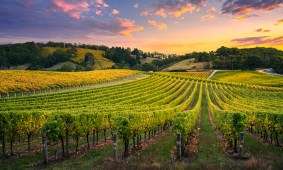 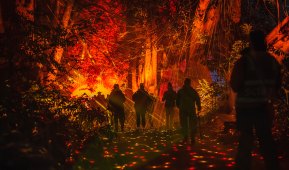