Anyone who’s lived in a country town is familiar with the double-edged sword of community life – everyone knows everything about everybody. On the one hand, it can be a brilliant support network. On the other, there’s absolutely no privacy. This blessing and curse aspect of rural life can have dire consequences for mental health, and this is exactly what Euphoria explores with profound insight, delicious wit and heartfelt compassion.

Four years ago, Country Arts SA and the State Theatre Company SA pitched an idea to Adelaide playwright Emily Steel (19 Weeks, Impersonal Space and Rabbits) to create a work that would delve into the realities of living in regional South Australia. Steel toured the state interviewing residents and researching mental health issues in these regional communities – focussing particularly on how the intense social interconnectivity of small-town life can impact mental health. The result was worth the wait.

Steel’s cunningly crafted script conjures an entire community using the brilliance of only two actors: Ashton Malcolm and James Smith. School teacher Meg (Malcolm) is organising a festival to celebrate the town. Nineteen-year-old Ethan (Smith) doesn’t see anything worth celebrating. He deferred university at the last minute and now he’s stuck in a town where his tragic family history is common knowledge but whenever the subject comes up around him, everyone’s uncomfortably silent. It’s not until he meets Annie that his plans for the future reach beyond the town limits.

Meg doesn’t feel she’s accepted as a local, despite marrying Nick, the town’s mechanic, 10 years ago. She’s got her hands full, teaching Year 10 as well as organising the Euphoria festival. Nick begs her to slow down, but she’s coping. Or at least she thinks she is, until she misplaces her medication and is too ashamed to see the local doctor or pharmacist in case word of her diagnosis leaks. The pressure in Meg and Ethan’s lives build and as the festival looms, Ethan must confront the past while Meg struggles to cope with the stigma of the present. 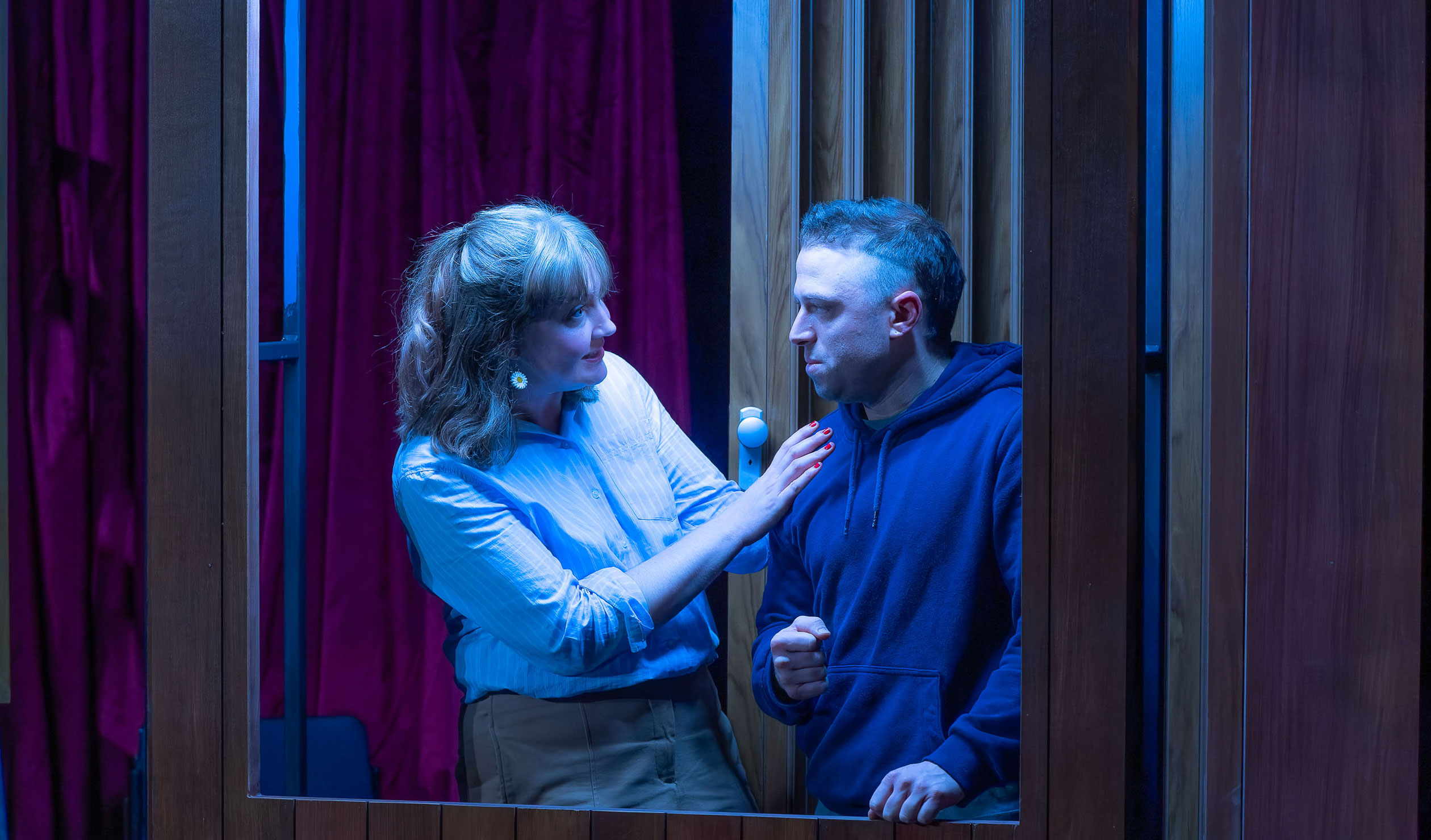 Euphoria: ‘The acting is of the highest calibre.’ Photo: Chris Herzfeld, Camlight Productions

The character acting is exemplary. A gesture, a turn of phrase, a change of tone and we’re in the presence of a yet another community personality who is instantly recognisable yet sidesteps caricature. Under the brilliant direction of Nescha Jelk, Malcolm and Smith bring to life this tight-knit town with a combination of clear-sightedness, warmth and unparalleled stagecraft. Given the range of roles, emotional scope and rapid-fire dialogue the pair handled over the 80-minute performance, this is acting of the highest calibre.

Steel’s writing is superb – building a comprehensive picture of a community peopled with idiosyncratic yet entirely recognisable characters. The action is swift and the writing so tight not a line feels wasted. Given Euphoria’s empathetic evocation of the experience of living with mental illness, it was unsurprising to find a mental health professional included among the crew.

Scenes are short and sharp – the rapid transitions signalled with light and sound – Nic Mollison’s lighting design and the sound and music by Andrew Howard working cleverly to bring to life a range of environments.

Meg Wilson’s set design deserves special accolades. Cunningly engineered to represent a staggering range of interiors and exteriors across the community, each location is implied with only minor set adjustment. The slide of a concertina door, the opening of a hatch or a shuffle of chairs and the action shifts from Town Hall to local IGA to footy kiosk. The set is also simple and compact enough to be taken on the road. Which is yet another impressive aspect of this production – it’s designed to be taken on tour and performed for the communities who inspired it.

Wildly funny and heartbreaking, this play builds a warm yet clear-sighted portrait of a community, brimming with love while confronting the pain and complexity of rural life without flinching. It’s a perilous challenge – reflecting a view of a regional centre back to the people it represents. But the respect and compassion of all involved for the South Australian communities at the heart of this play is clear. This is a stellar production on every level. See it. Euphoria will restore your faith in the power of theatre. 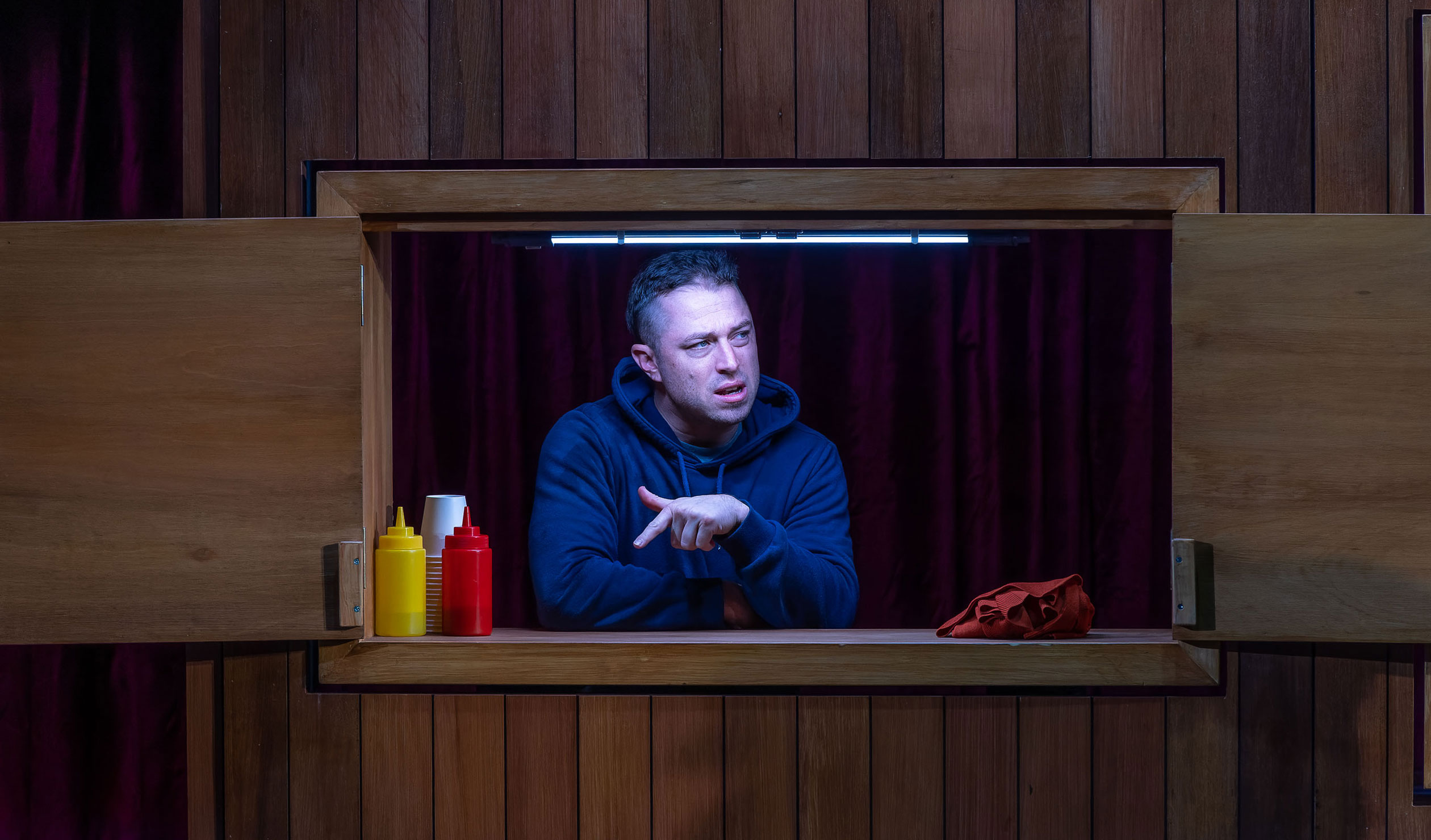 Euphoria is playing at the Space Theatre, Adelaide Festival Centre, until May 15. It will then embark on an extensive regional tour with Country Arts SA (details here).