The new “creation hub” takes in Holden Street’s original Hindmarsh site – which includes main-stage performance spaces The Arch and The Studio – as well as new premises next door at 32 Holden Street, which originally housed the All Saints Anglican Church Rectory.

Up until around a year ago, the former Rectory was occupied by Nature Foundation SA.

Holden Street Theatres founder and artistic director Martha Lott says support from Arts SA has helped it to take over the building to create The Holden Street Theatres’ Arts Park, which she believes reinforces the hub’s importance to the arts sector and will help secure its future.

“To go from being named the ‘Home of Theatre’ during Fringe and known for presenting political, world-topic-driven theatre, to facing the threat of closure recently due to the potential re-development of Coopers Stadium, I had to think really hard about what Holden Street was and could be,” she says.

“We needed to ensure we were important to the industry if we were to survive difficult times.  So when 32 Holden Street became available, we decided to move forward.”

The buildings at 32 and 34 Holden Street were originally all part of the All Saints Anglican Church complex, which dates back to 1850. 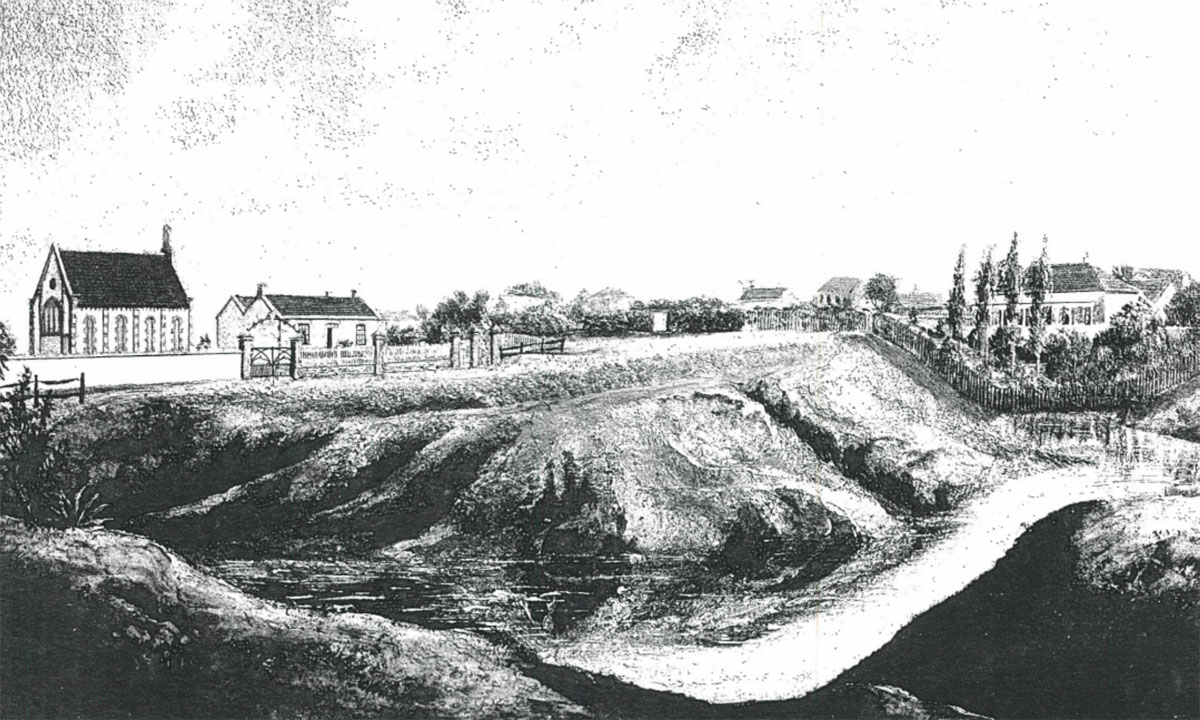 A circa-1864 illustration showing the All Saints Anglican Church (top left) standing in a paddock in Hindmarsh.

While The Arch (the original church) and The Studio (the former church hall) will still be the main performance spaces at the Holden Street Theatres’ Arts Park, the expansion means it can launch new initiatives and offer more activities and services for South Australian independent artists and arts organisations.

The Rectory building’s rooms will be available for intimate and experimental performances and visual art exhibitions, as well as being used as rehearsal and meeting rooms, creation spaces, and a family room. There will be an additional performance and event area outdoors in the Rectory’s sunken garden.

“I don’t want to lose what we were, but to add to what we’ve got,” Lott says, adding that the extra space will offer opportunities all year round for everyone from independent artists working solo to theatre companies creating a new show.

“To have that all in one vicinity means you can go from a creative development in a room through to exploring it in a space through to putting it on a stage, and that’s gold.”

Holden Street Theatres has developed a reputation for presenting high-quality Australian and international theatre works – especially during Adelaide Fringe – but bringing overseas artists to SA hasn’t been possible during the COVID-19 pandemic.

Lott says Holden Street will use the additional space offered by the Rectory to foster global connections in other ways. It will draw on the arts network it has established over 13 years of touring works from Edinburgh Fringe to present round-table discussions and workshops connecting creatives and others via platforms like Zoom.

“One of the things we’ll have there for Fringe will be A Round Table with Henry Naylor, so he will do a writing workshop from London.”

British writer and director Naylor has brought his award-winning works – including The Nights, Games and Borders – to Holden Street during previous Fringe festivals. 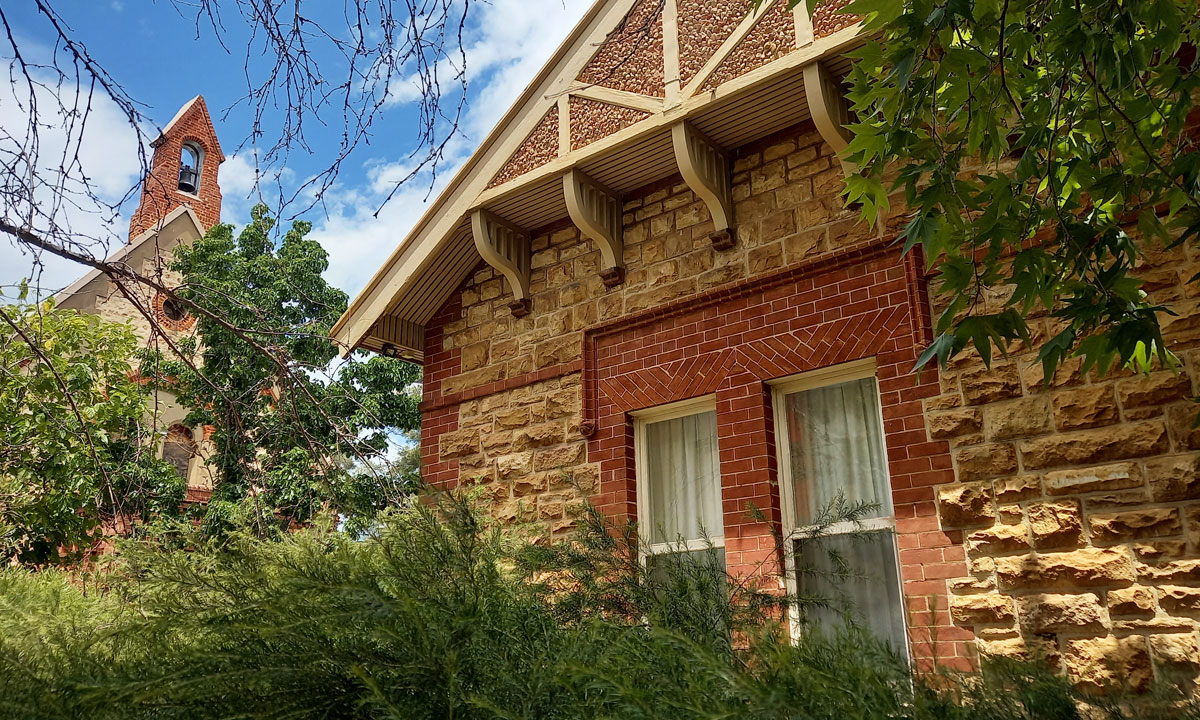 The Rectory building at 32 Holden Street.

Among other 2021 Fringe events at the Rectory will be Luke Mann’s one-man show Flukey Lukey: A New Hope (in the boardroom) and Homer’s Odyssey – A Mini Musical (in the sunken garden).

A further element of The Holden Street Theatres’ Arts Park announcement is the planned development of a new resident not-for-profit theatre company focused on creating small-scale works based on stories from South Australians which will be suitable for touring.

“When I first started Holden Street 18 years ago, the goal was to create a space where we could really look at creating new work and we haven’t really been able to do that because we’ve been running as a venue for hire,” Lott says

A pilot work, That Boy – described as the story of “one mother’s fight to break the cycle of inherited behaviour and save her son” – will premiere at The Studio during next year’s Adelaide Fringe.

The Holden Street Theatres’ Arts Park will present a total of 13 shows during Fringe, with the other main-stage productions being The Twins, a drama from NSW/Victoria performed by Greg Fleet and Ian Darling, and new South Australian thriller Dirt, “set against the horrors of the Chechen gay purges” and created by theatre-maker Patrick Livesey (who presented Gone Girls at this year’s Adelaide Fringe). International artists The Latebloomers, best-known for their award-winning Fringe production Scotland, will also be presenting their physical comedy show The Bakers at the Arch.

The Holden Street line-up is online now, with ticket sales open from tomorrow, when the full 2021 Adelaide Fringe program is launched.