CEO and artistic director Andy Packer says the Slingsby Flying Squad ­– a new ensemble of five professional artists employed on two-year contracts – will dramatically extend the company’s reach, enabling it to create original productions that will tour to schools and communities.

It was made possible by $588,746 in funding received through the federal Restart Investment to Sustain and Expand (RISE) Fund and co-investment of $100,000 from Arts South Australia’s Arts Recovery Fund.

“Energised by our passion for creativity, story and shared time and space, our goal is to inspire, fortify and build connection with and between South Australians living across our beautiful and varied landscape.” 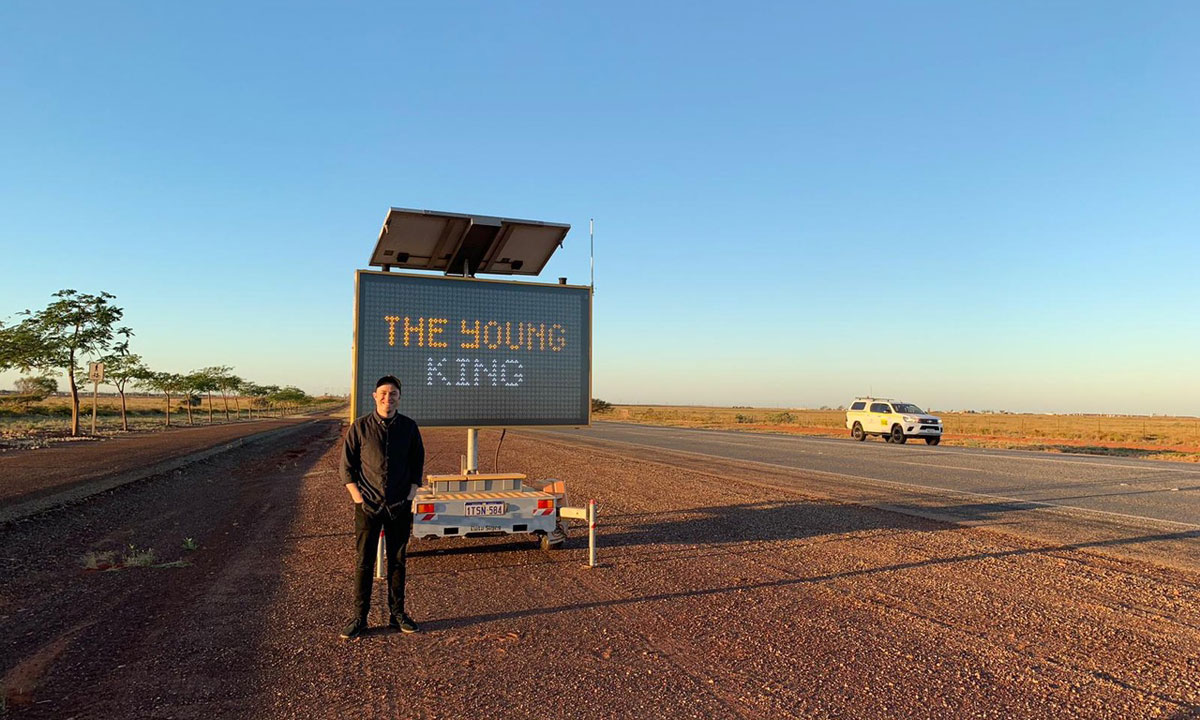 Actor James Smith in Port Hedland on the 2019 national tour of Slingsby’s The Young King. The company will undertake more regional and remote tours with its new ensemble. Photo: Roland Partis

The company – which creates and tours theatre works for adults and young people – will begin 2021 with the world premiere of The Boy Who Talked to Dogs, which is being presented in partnership with State Theatre Company SA during the Adelaide Festival. Featuring shadow puppetry, Irish music and physical performance, the show is based on the true story of “dog man” Martin McKenna, who lived with six stray dogs as a homeless teenager in Limerick, Ireland, in the 1970s.

Slingsby is also commissioning a new play exploring the concept of “home”, which will be led by Democratic Republic of Congo-born actor Rashidi Edward and playwright Future D Fidel.

It will undertake a 12-week national tour of its Helpmann Award-winning production Emil and the Detectives (originally presented at the former Dazzeland site in the Myer Centre in 2017) and expand its Slingby by Request online platform, which was launched in April and offers professionally filmed shows.

The company usually has an active international touring program and was set to take Emil and the Detectives on a nine-week tour across the US when the pandemic shutdown hit in March.

It returned to the stage in June with a one-week season of The Tragical Life of Cheeseboy – the first show in the rebuilt Her Majesty’s Theatre.

Andy Packer wrote an article for InDaily earlier this year about the importance of adaptability and federal funding support in securing the future of Australia’s youth arts companies.