After a year in which COVID-19 forced the cancellation or postponement of five shows in his first season as State Theatre artistic director, Mitchell Butel says the company is happy it can return with works that will “explode off the stage and make audiences re-think and re-charge, all while being challenging, provoking and entertaining”.

“If anything, it’s about difficult conversations and differing points of view, but told in really captivating and entertaining ways – that seems to be the common theme,” Butel tells InDaily.

The company has programmed the season with the expectation that for at least the first half of 2021, it will still be able to present performances in theatres with only 50 per cent capacity.

Four of the plays in the line-up – The Gospel According to Paul, Euphoria, The 7 Stages of Grieving and The Bridge of San Luis Rey (a Stateside work by Brink Productions) – have been reprogrammed from this year’s interrupted season, while the others are all new additions.

The Boy Who Talked to Dogs, based on the bestselling memoir by Irish-born “dog man” Martin McKenna and co-produced by State Theatre and SA’s Slingsby Theatre Company, will open the season as part of the 2021 Adelaide Festival program.

McKenna, who now lives in Byron Bay, adopted and lived with six stray dogs after running away to escape bullying and a turbulent home life as a boy in Limerick, Ireland, in the 1970s.

“It’s about how he learns more about himself, about friendship and community through these dogs, and how he eventually learns lessons that enable him to return to connecting with humans again,” Butel says of the story.

The Boy Who Talked to Dogs has been adapted by Irish playwright Amy Conroy and will be directed by Slingsby’s Andy Packer with a cast including Irish actor Bryan Burroughs.

Fusing shadow puppetry, Irish music and physical performance, the all-ages show will be presented at the Thomas Edmonds Opera Studio at the Adelaide Showground.

“It will be immersive,” Butel says. “There will be cabaret seating and the performance will take place around the whole space.” 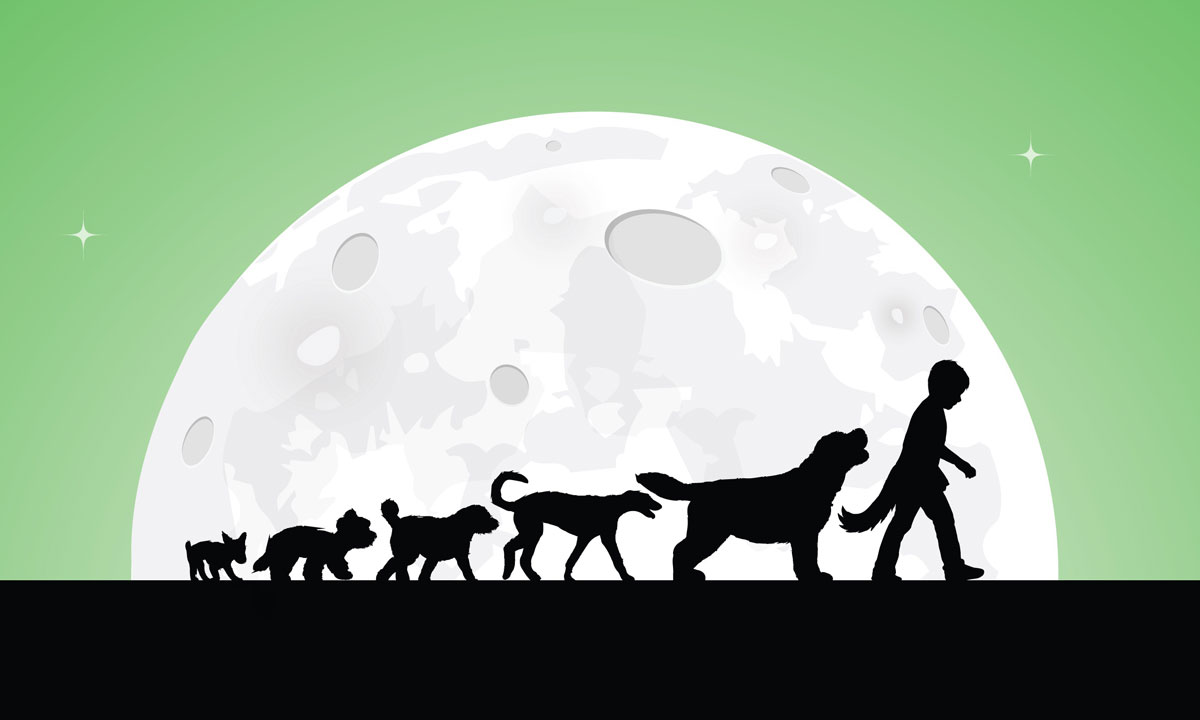 An illustration for the season-opening production The Boy Who Talked to Dogs, a State Theatre Company and Slingsby collaboration.

Another major new large-scale work for 2021 is Hibernation, by South Australian playwright Finegan Kruckemeyer (The Tragical Life of Cheeseboy, Man Covets Bird), which will be presented at the Dunstan Playhouse in August.

Hibernation is set in the year 2030, when world leaders explore a radical solution to climate change: they make a collective decision to launch gas into the atmosphere to plunge the entire human population into a deep sleep for a year and allow the natural world to reset.

Although Hibernation seems extraordinarily prescient, Butel, who will direct the play, says Kruckemeyer pitched his idea before COVID-19.

“It explores what it is to stop, to lie down, to go, ‘What happens if we take ourselves out of the equation for a while? What does nature do?’

“Even though it’s set in the future and is a kind of sci-fi play on many levels, it’s ultimately about community and choice and global decisions.” 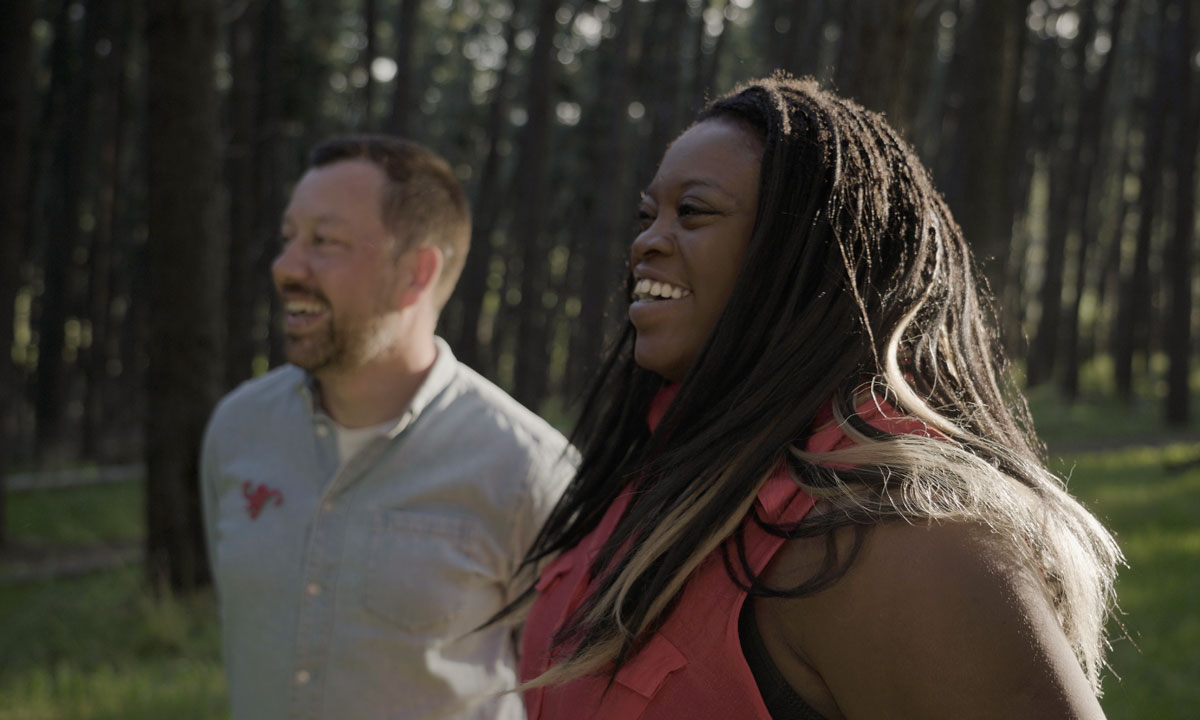 Hibernation – which will take audiences from South Australia to Africa, Korea and the United States – will be presented over three acts with a cast of nine, including Rashidi Edward, Ezra Juanta, Mark Saturno and Kialea-Nadine Williams.

Equally topical is American playwright Jonathan Spector’s satire Eureka Day – a play examining “cancel culture”, social media, and the rights of the individual versus society ­– which will close the 2021 season and is being directed by former State Theatre artistic director Rosalba Clemente.

Described by The New York Times as “the perfect play for our age of disagreement”, Eureka Day is set in Berkeley, California, where the diagnosis of a pupil with mumps creates an almighty brouhaha over vaccination and quarantine at a progressive and inclusive private school.

It is, says Butel, “a very funny, vicious play” that is ultimately also a compassionate one.

Sandwiched between Hibernation and Eureka Day will be a reinterrogation of the Edward Albee classic Who’s Afraid of Virginia Woolf, to be directed by Torres Strait Islander actor-director Margaret Harvey and performed by a culturally diverse cast.

The new production won’t alter the original 1962 text, but is described as a reimagining through a new Australian lens. It was an obvious choice in a season highlighting difficult conversations and the nature of conflict, Butel says.

“Who’s Afraid of Virginia Woolf is the motherlode of those firecracker plays where people have very different points of view and manipulate people into their own way of thinking.

“But like with Gaslight (the company’s most recent production), whenever we do classics we want to do them in a way that cracks them open and allows a bit of a fresh interrogation of what’s going on.”

Butel tells InDaily one positive to come from this challenging year was the isolation-inspired project Decameron 2.0, a collaboration with Adelaide’s ActNow Theatre which saw the streaming of 100 monologues over 10 weeks. It involved a large and diverse collection of writers, directors, actors and crew, including First Nations, LGBTIQ, and culturally and linguistically diverse artists.

Decameron 2.0 broadened State Theatre’s connection with different communities, Butel says. A number of the artists it worked with during the project will feature in the 2021 season and beyond.

“It felt like all of the works next year had to speak not only to what’s happened, COVID-wise, but also to some of the conversations about power imbalances and Black Lives Matter, so in terms of the casts within the year, it’s probably one of the most diverse ranges of actors that the company has ever had.”

The Gospel According to Paul: Actor Jonathan Biggins becomes former PM Paul Keating – “visionary, reformer, rabble-rouser” – in this comedic one-man show which takes pot-shots at both sides of politics.

Euphoria: A new work by Adelaide playwright Emily Steel which explores life in regional South Australia through the prism of an unlikely friendship between two residents. “It’s like an Antipodean Milk Wood,” Butel says. Eureka will open at the Chaffey Theatre in Renmark before a season at the Adelaide Festival Centre’s State Theatre, to be followed by a regional tour. 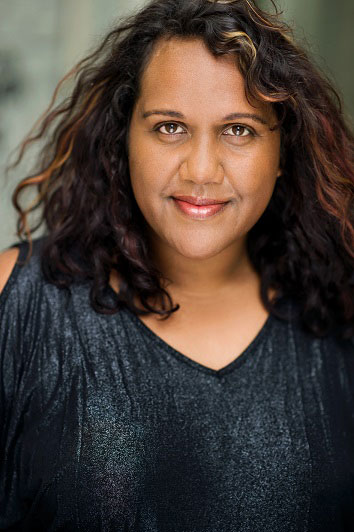 Elaine Crombie will perform in The 7 Stages of Grieving.

The Appleton Ladies’ Potato Race: Set in the quintessential small Australian country town, this comedy by Sydney writer Melanie Tait is inspired by real events and centres on an annual potato race, where the winning man’s prize is $1000, while the winning woman’s prize is just $200 – until returning resident Penny sets out to “smash through the glass ceiling, one potato sack at a time”. The cast will include Susie Youssef, Genevieve Mooy, Carmel Johnson and Anna Steen.

The 7 Stages of Grieving: Described as “defiantly funny and deeply moving”, this landmark play by Deborah Mailman and Wesley Enoch was originally written more than 20 years ago and traces seven phases of Aboriginal history: Dreaming, Invasion, Genocide, Protection, Assimilation, Self-Determination and Reconciliation. The updated production is directed by Shari Sebbens (Black Comedy, Thor: Ragnarok) and will be performed by Elaine Crombie.

Dry: A “dystopian western” by Catherine Fitzgerald (director of 2020’s Gaslight) which is inspired by the town of Port Augusta and set in a future Australia where two women in the outback are trying to tackle climate change in what Butel says is “a very funny, post-Samuel Beckett way”. “Kind of like The Odd Couple meets Wake in Fright.”

Details of the full 2021 season can be found on the State Theatre Company SA website.