Andy Griffiths and Terry Denton’s popular children’s book series, which began with The 13th Storey Treehouse, has been adapted for the stage by seasoned children’s writer Richard Tulloch, with this latest show bringing The 91-Storey Treehouse to life.

The stage play retains the madcap, zany ideas of the books that allow two friends (Andy and Terry) to create the silliest, funniest stories with unusual creatures and oddball characters in a treehouse which continues to grow.

In the 91st storey, villainous fortune-teller Madam Know-it-All drains people’s brains if they ask her questions, and there is the mystery of whether the big red button should be pressed.

Teale Howie and Samuel Welsh are energetic in their roles of Terry and Andy, and the audience of children revel in their memory loss. The pair’s publisher, Mr Big Nose, a puppet, places them in charge of his grandchildren (also puppets) but, because of their memory loss, they prove totally inadequate babysitters and the children reportedly end up in some of the most dangerous areas in the treehouse. 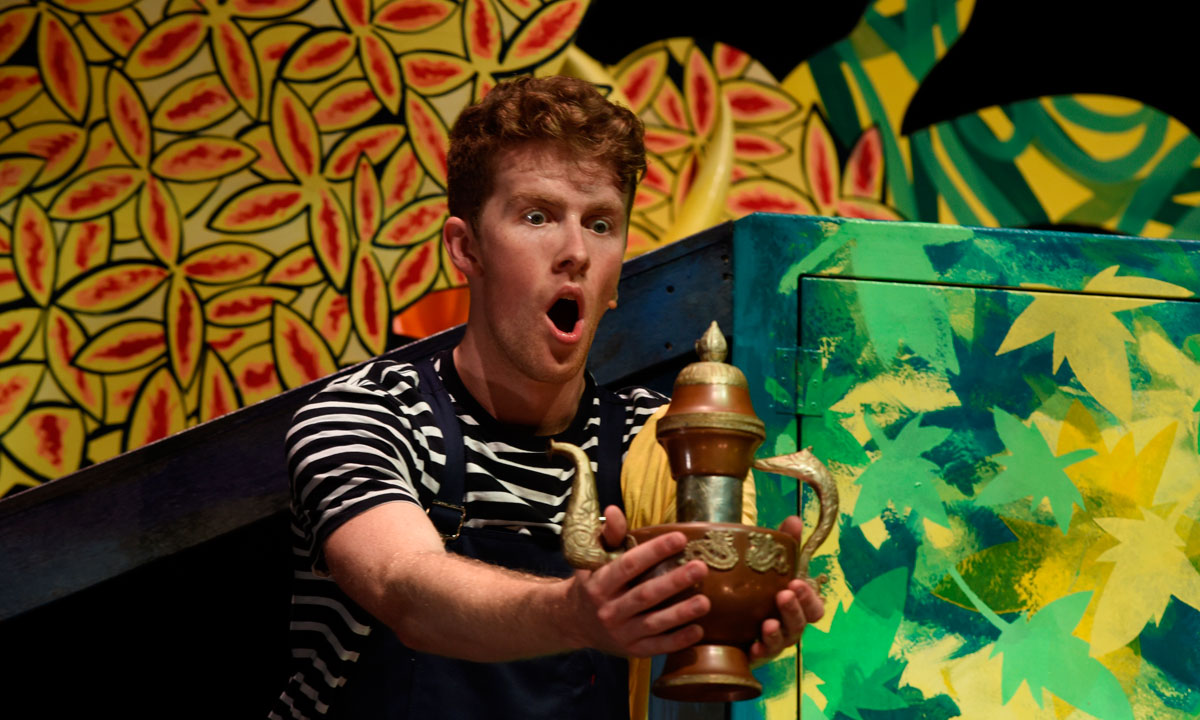 There are chase sequences, desperate slides to save babies, songs, dances, hidden doorways and magical drawers that offer clues, with a journey in a sandwich submarine reflecting the imaginative silliness in the books.

Mark Thompson’s set is colourful but static, so when Andy and Terry are experiencing adventures in mysterious locations – such as the treehouse’s island, a wild whirlpool or the land of Bananarnia, entered through a magical wardrobe – there is not a huge transformation of the staging. The four cast members could also be illuminated more brightly and more often.

Nonetheless, this stage adaptation of the seventh title in the series captures the fun of the much-loved Treehouse books and is sure to please its target audience of six-to 12-year-olds.

The 91-Storey Treehouse is playing at the Festival Theatre until Friday.