It’s taken a while for this play to make it to Adelaide, two years after it was debuted by the Sydney Theatre Company and following sold-out seasons in other cities. But we’re lucky it is here now – an early Christmas gift with more layers than pass the parcel.

Like many family dramas, playwright and actor Nakkiah Lui’s story unfolds over Christmas, in the holiday house of well-off Aboriginal family the Gibsons, where an exuberant and mischevious Narrator – aka “the Christmas Spirit” (Luke Carroll) – sweeps into the living room to set the scene for us.

Adult daughter Charlotte (Miranda Tapsell), a brilliant young lawyer who is also being courted for a television show, is bringing her new fiancé Francis (Tom Stokes) home to meet her family. But Francis isn’t exactly the man the Gibsons might expect. For a start, he’s white. He’s also a cellist and experimental classical composer (ie broke – apart from a trust fund).

The biggest hurdle, however, is that their fathers – both former politicians – have a rivalry that dates back to the 1990s and continues today on “the Twitter”. The exceptionally proud Ray Gibson (Tony Briggs) fancies himself as a kind of Aboriginal Martin Luther King, while equally smug Dennison Smith (Geoff Morrell) is a welded-on conservative. 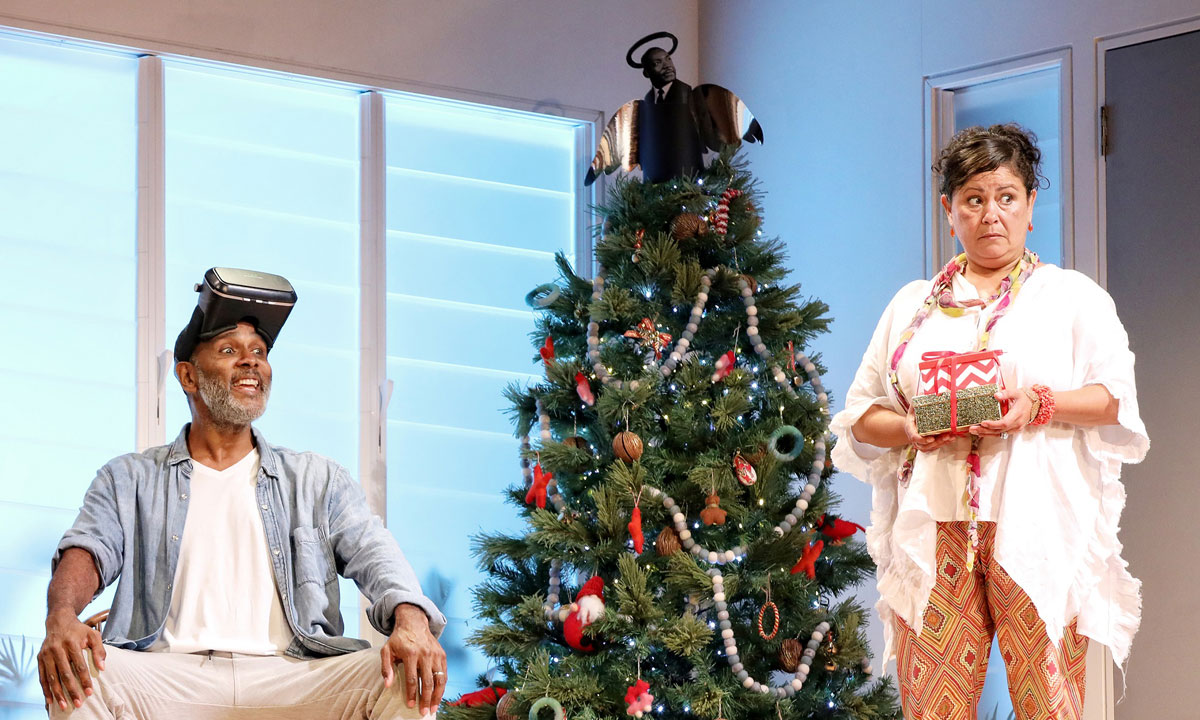 Hilarity ensues from the get-go, with Francis suffering an exceptionally compromising introduction to his would-be in-laws, then trying to overcome his extreme awkwardness with a series of terrible jokes that can’t be saved by a shaky rendition of “Ebony and Ivory”.

Amid the madcap fun, Lui – whose other credits include the ABC’s Black Comedy and Kiki and Kitty, and Sydney Theatre Company’s Power Plays and How to Rule the World – raises a range of questions.

She has said that with Black is the New White she wanted to present a family of Aboriginal people that hasn’t been seen before in the Australian canon – “that is, an Aboriginal family who have money, who are not oppressed but who are culturally quite strong”. Through that prism, her clever script touches on the politics of race, class and privilege, as well as issues such as cultural identity. 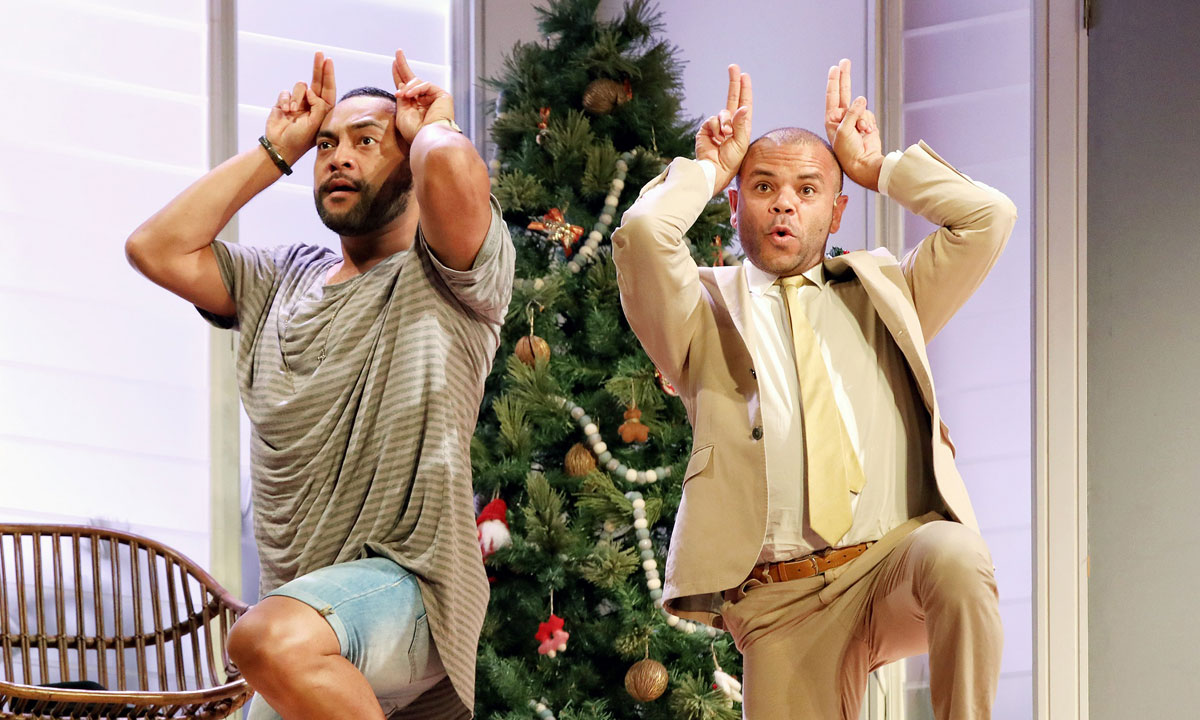 Anthony Taufa as Sonny and Luke Carroll as the Narrator. Photo: Prudence Upton

Black is the New White is a true ensemble effort: each character harbours secrets and insecurities, and all the cast deliver highly entertaining performances.

Tapsell, in particular, is a joy to watch throughout, and at her best when channelling Charlotte’s pent-up frustration and discomfort over her family’s wealth and her father’s political legacy. Melodie Reynolds-Diarra delivers some of the most eloquent lines of the play as Charlotte’s equally frustrated mother, Joan, while Stokes’ portrayal of the bumbling yet endearing Francis is hysterically funny.

It’s Lui’s stated hope that Black is the New White audiences will feel free to laugh at things they usually can’t laugh about, including “sticky issues”, and that “they just want to dance and have a good time”. That certainly happened on opening night in Adelaide … I still can’t get that image of the dads’ daggy dance-off out of my head.

State Theatre SA is presenting Black is the New White at the Dunstan Playhouse until December 1.