It wasn’t planned, Butel tells InDaily, but all the plays in next year’s season have a theme of power: who has it, who wants it, what it is and what it does.

“It’s just the way the works have landed – there’s the notion of power struggles in very different situations, whether it’s in families, in a political context or an artistic context,” he says.

“A lot of the plays, on the surface, also have a kind of provocative, comic edge to them, which is great, so the season will be fun, but underneath the comedy there’s some quite serious interrogations there as well.”

Butel, an award-winning actor and director, relocated from Sydney to take over as the company’s artistic director in March this year, inheriting a 2019 season programmed by former artistic director Geordie Brookman.

For his first full season with the company, he has selected eight core works, the first of which is the Pulitzer Prize-nominated satire Dance Nation.

A co-production with Sydney’s Belvoir Street Theatre to be presented as part of the Adelaide Festival, it features choreography by Larissa McGowan and a cast including Tara Morice – star of Baz Luhrmann’s 1992 hit film Strictly Ballroom –  and Butel himself “as the evil dance teacher”.

“It’s about a group of 13-year-old female dancers and one young male dancer who are in an American dance competition – it’s like Dance Moms meets Hunger Games,” he says. 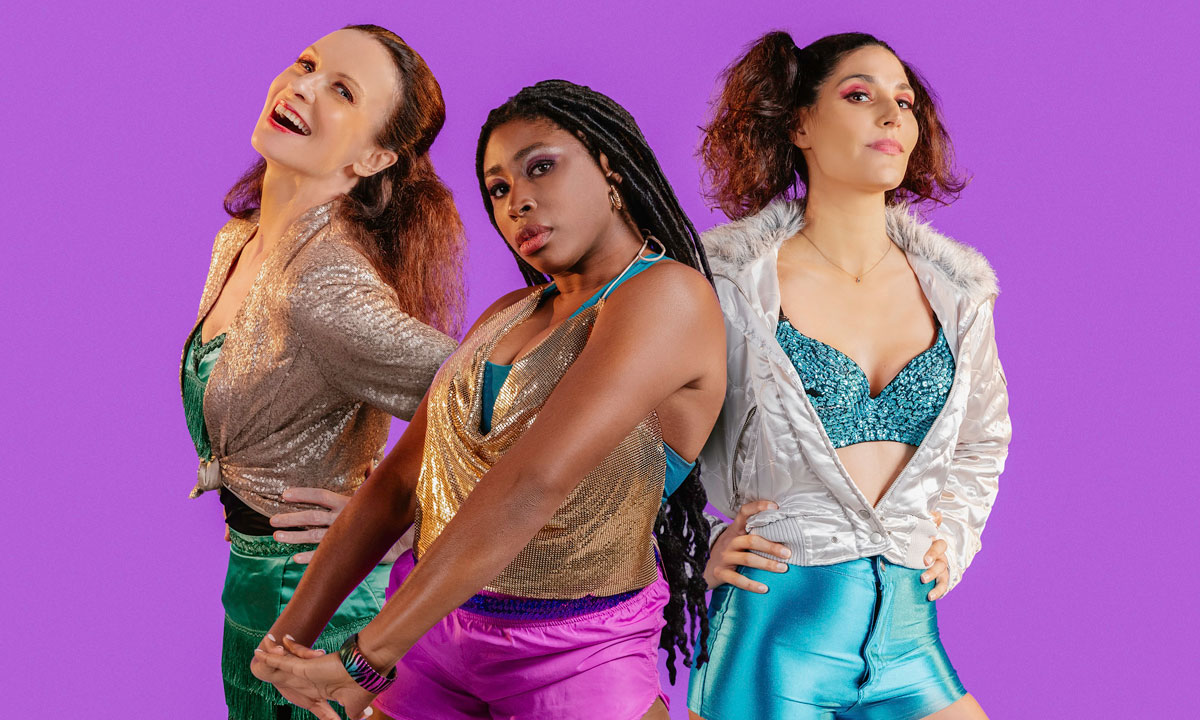 Dance Nation will be followed by four Australian plays: The Gospel According to Paul, comedian Jonathan Biggins’ ode to former prime minister Paul Keating; Michelle Law’s Single Asian Female, a comedy about a Chinese-Australian family running a restaurant on Queensland’s Sunshine Coast; Euphoria, a new work by Adelaide playwright Emily Steel which explores life in regional South Australia through the prism of an unlikely friendship between two residents; and an updated version of Deborah Mailman and Wesley Enoch’s The Seven Stages of Grieving which paints a portrait of different stages of Aboriginal history.

The most-talked-about play of the year is likely to be British playwright Ella Hickson’s “meta-theatrical” drama The Writer, which created a buzz when it premiered in London last year.

The State Theatre and Sydney Theatre Company co-production, opening at the Dunstan Playhouse in July, will see actress Emily Barclay (from the ABC comedy Please Like Me) playing a frustrated young playwright in a showdown with an older male director as she pushes for a new form of theatre that would overturn the patriarchy and dismantle capitalism.

“This is a super-provocative, incendiary roller-coaster of a play – it’s red-hot,” Butel says of The Writer.

“It breaks the fourth wall, the fifth and sixth.”

People are really interested in theatre not just as an engine of entertainment, but also as a kind of crucible of where social issues can be played out

Rounding out the season will be the Victorian thriller Gaslight, brought “roaring into 2020” by Adelaide director Catherine Fitzgerald, and the comedy Ripcord, which will see actresses Nancye Hayes and Carmel Johnson playing two nursing home residents in an epic battle of wills.

Butel says that before curating the season, he asked South Australians what kind of stories they wanted told on stage.

“People are interested in stories that speak to who we are currently. So even though we’ve got a historic play that’s being re-examined, people are really interested in theatre not just as an engine of entertainment, but also as a kind of crucible of where social issues can be played out…

“With Netflix and things, people have so much choice, so you also have to be completely interesting in the way you tell these stories – you need to challenge audiences.

“I think most of the works we have chosen would only really come to life in a theatre context.”

Acknowledging that in his performance work he is “known a bit as the razzle-dazzle guy” (he joined Julia Zemiro to perform the glittering opening number at this year’s Adelaide Cabaret Festival gala), Butel says he’s also happy to sprinkle a bit or razzle-dazzle on the season.

“If anything, I want people to have a lot of fun, but in a way that also provokes and excites them as well.”

State Theatre’s 2020 season, in the words of the artistic director:

Dance Nation: “It’s ferocious. It’s an exploration of teen female sexuality, ambition, choice and power, but told through the prism of this really funny fantasmagoria of what it is to be a young woman, and it’s played by women from 20 to their late 50s with me in there as the evil dance teacher. So it’s super-fun.”

Emily Barclay will play a young playwright in ‘red-hot’ drama The Writer.

The Gospel According to Paul: “I wanted to ensure there was a lot of comedy in the season and Jonathan Biggins is one of our supreme satirists … this is Keating now … it’s kind of a direct address to the audience, where he recounts his time in politics, so you hear all those fantastic insults and barbs that he had, but at the same time it’s quite a moving portrait of what it is to have a life of public and political service.”

Single Asian Female: “It’s incredibly entertaining and very feel-good but it’s about an Asian family in crisis … again, it’s about power – finding personal power in a context that’s a bit racist and a bit oppressive … there’s also a lot of karaoke in it; Mum’s a big fan of karaoke. This one is for everybody from eight to 80.”

Euphoria: “This is a beautiful two-hander set in a regional town … it’s one of those plays that within five pages I went, ‘This is beautiful writing, if feels true, it feels of who we are, and it’s funny and it’s smart’.”

The 7 Stages of Grieving: “It’s kind of part meditation, part cabaret, part ceremony about what it is to be a First Nations person in this country … they’ve updated the play so it includes some material about the last 25 years since it was written. When things are good, I think they should be revived every so often – particularly a story as beautiful and affecting as this one”.

The Writer: “I was literally sitting on the floor of the National Theatre Bookshop [in London] reading this play and my mouth was open – I couldn’t believe how provocative, shocking, compelling, dazzlingly smart and funny it is. Essentially it’s about a young female playwright who’s kind of at war / in collaboration with this male artistic director. And it speaks to a lot of issues surrounding art and theatre practice at the moment, around who has power and who doesn’t.”

Gaslight: “Given that it’s a 1930s melodrama of a 19th-century kind of relationship, she [director Catherine Fitzgerald] is going to flip it a little bit so that it has a modern, slightly tangential lens on it, which I think will provoke … it’ll be the full period setting but with a few little twists that will get people talking.”

Ripcord: “We’re ending with a beautiful redemptive comedy at the end of the year by Pulitzer Prize winner David Lindsay-Abaire [who wrote the film Rabbit Hole, starring Nicole Kidman]. It’s about two women in a retirement village who are forced to share a room, and one of them is very happy about that but the other one is not happy about it at all. It’s kind of like The Golden Girls meets The Bourne Ultimatum … it’s one of the most vicious battles of wills you’ve ever seen on a stage.”

The 2020 season will also see two plays presented under the company’s new Stateside program, which aims to support smaller theatre companies. Brink Productions’ The Bridge of San Luis Rey is a reimagining of Thornton Wilder’s 1927 Pulitzer-winning novel of the same name, which will feature Paul Capsis and guitarists Slava and Leonard Grigoryan, and Theatre Republic’s The Bleeding Tree is “a contemporary gothic tale of revenge” set in the Australian outback.