First presented by the State Theatre Company of SA during 2016 and being restaged with the same cast next month, The 39 Steps is British playwright Patrick Barlow’s farcical “theatrical mash-up” of the original novel by John Buchan and Alfred Hitchcock’s classic 1935 film.

It sees debonair Richard Hannay pulled into a web of intrigue as the action unfolds at a rapid pace over 100 minutes, with numerous plot twists, much hilarity and a multitude of characters including citizens, villains, police and spies.

“It is exhausting,” laughs Anna Steen, who was part of the six-member State Theatre Ensemble in 2017-2018 and last performed with the company in Sense and Sensibility.

“Everyone sweats like an absolute train but it’s so much fun – it’s just so joyous to throw yourself into.

“It’s very physical and you have to listen very intently to each other because once you miss a beat you throw the whole carousel off its balance.”

The ever-changing set, which travels from a West End theatre to the Scottish moors, was designed by Alisa Paterson and is an amalgamation of her 2016 Adelaide set and that of a Brisbane production of The 39 Steps in 2017.

The actors – including Nathan Page, as Hannay, and Tim Overton and Charles Mayer, who juggle the bulk of the 139 characters – are constantly engaged and, to borrow Page’s words, “vibing off each other” throughout the crazy adventure. 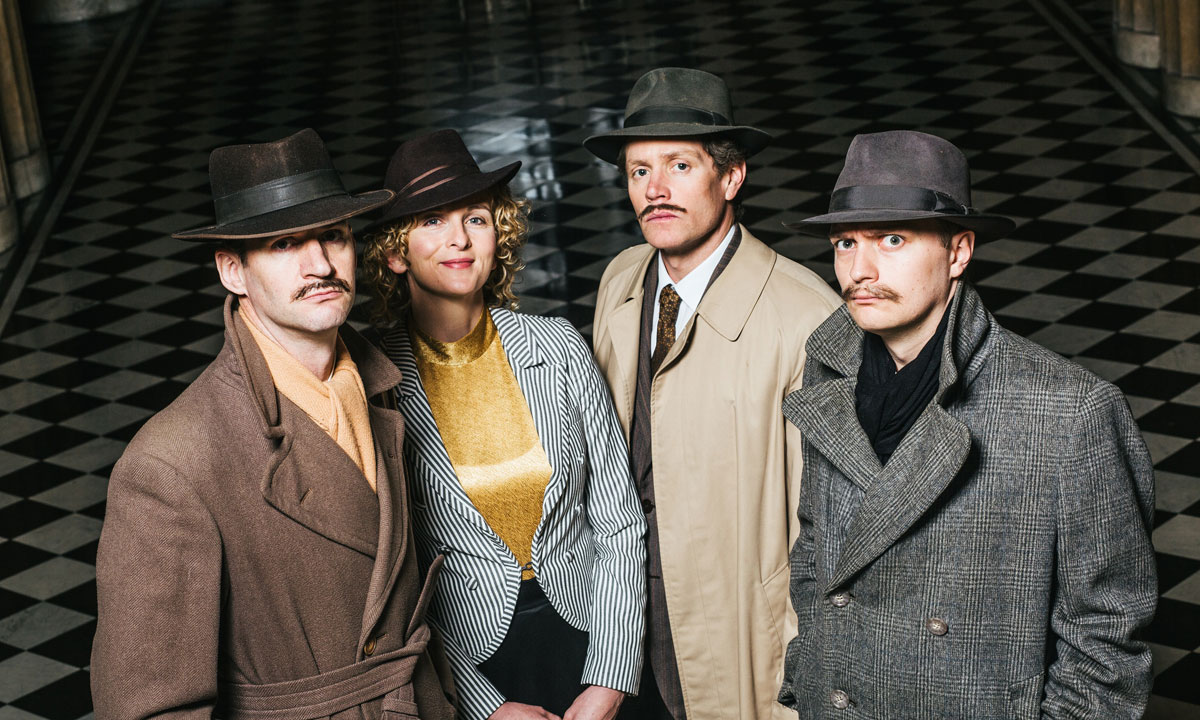 Steen relishes her three very different roles: German woman Annabella, who is stabbed in the back in the opening scene; a downtrodden Scottish farmer’s wife living on the moors; and Pamela, “the classic Hitchcock icy blonde”.

Pamela is the love interest ­– a feisty woman who meets Hannay by chance on the train and becomes wound up in his quest to solve the mystery of The 39 Steps, with the pair spending much of the play handcuffed together.

“Both Hannay and Pamela have lived these lives of independence and neither of them have ever really loved before,” Steen says.

“They meet in these circumstances that are not conducive to romance but slowly it evolves over the course of the play … they find a lovely energy together but it’s often fraught with tension and disaster.”

One of the challenges of playing multiple roles is that the characters all have different accents. The cast members had a dialect coach in 2016, and Steen says she has been able to slip back into her three accents “like you slip into a costume”.

“It [the accent] does a lot of the work for you – it carries you with its own energy.”

The actors – especially Overton and Mayer – also have to slip in and out of multiple costumes as they switch characters, which is made easier through the extensive use of studs and Velcro.

“Backstage is a show in its own right, with people careening madly about looking for pieces of costume,” Steen says.

“There’s one scene where they [Overton and Mayer] literally just have four or five hats each and they change character as they change hats.” 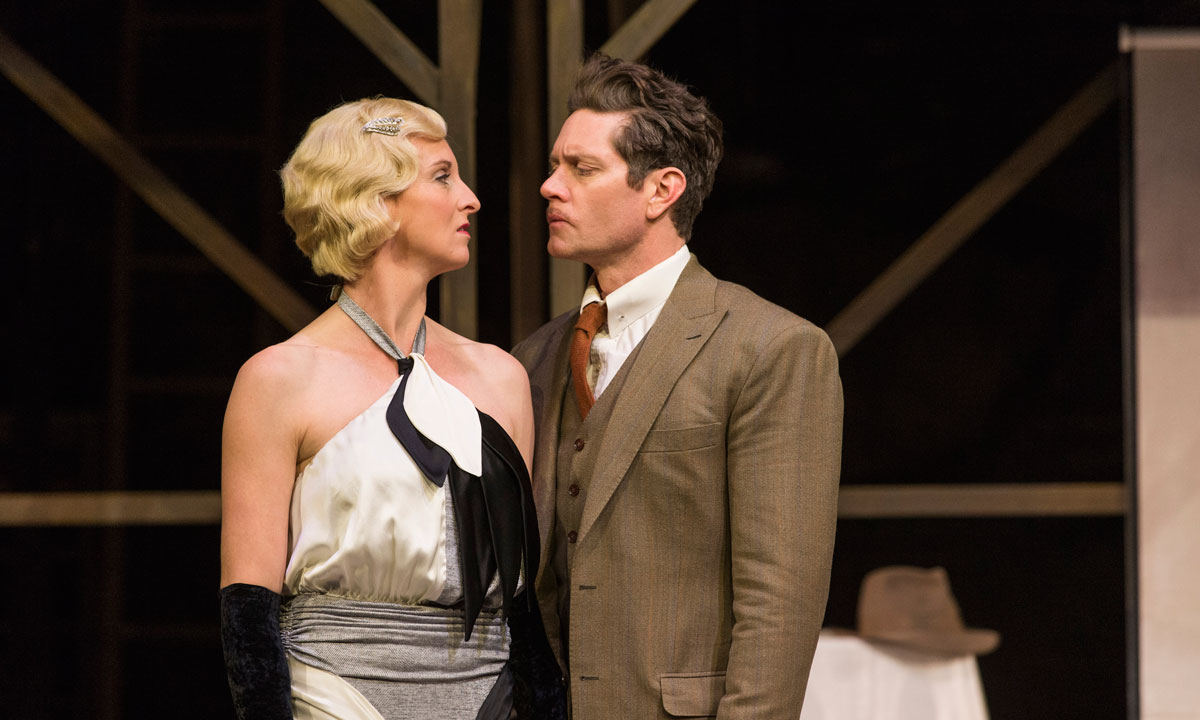 Directed by Jon Halpin, the 2016 season of The 39 Steps played to sold-out audiences and broke the company’s box office records.

Tickets are already selling fast for the October 3-12 return season at the Dunstan Playhouse. It is being steered by associate director Corey McMahon, who says Barlow’s adaptation faithfully preserves the essential ingredients from Buchan’s novel and Hitchcock’s film adaptation, “then up-ends it all as our company of actors desperately try to pull off presenting one of the great, epic spy-thrillers on stage, with hilarious results”.

It is a night at the theatre that brings pure joy, says Steen. And amid the mayhem, there’s always room for surprises when things go wrong – like the handcuff hiccup that occurred during a performance in 2016.

“There’s a moment when Hannay and Pamela get caught around a stile while handcuffed but the handcuffs broke,” she says.

“I ended up smashing onto the floor and we just had to improvise to work our way around the situation – the audience found it hilarious!”

The 39 Steps is playing at the Dunstan Playhouse from October 3-12 before heading to Mt Gambier, Canberra and Wollongong.