Designer Ailsa Paterson has created an enormous fabric forest that dominates the set on the Dunstan Playhouse stage and, when lit, it is impressive in giving a sense of the Australian landscape. Houses are represented by single doors or segments of wall complete with louvres and some ’60s decor.

Nescha Jelk’s director’s notes give a clear indication why she has chosen this play to stage, citing its relevance for Australians because of its honest revelations about racism and inequality in our society.

Jasper Jones begins dramatically with Aboriginal teenager Jasper seeking the help of a white bookworm, Charlie Bucktin, after discovering the body of a young woman in the forest which he regards as his special place.  His concern is that, because he knew her and is Aboriginal, the townsfolk will jump to the conclusion he perpetrated the crime. 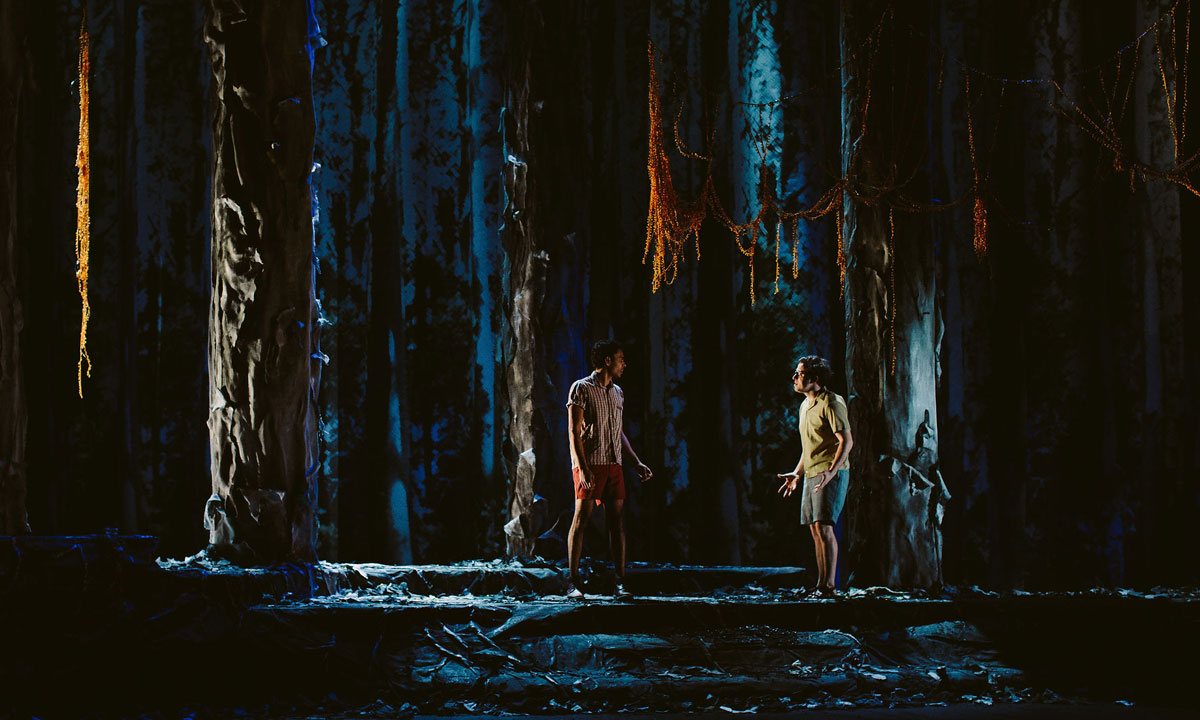 Elijah Valadian-Wilson is a magnificent Jasper Jones: his performance is natural, he moves effortlessly through the set, and there is a warmth and genuineness about him. James Smith, as Charlie, plays a 13-year-old effectively and his asides to the audience fairly represent the questions about life a teenage boy may be considering, especially when plunged into a life-changing scenario.

The play then introduces us to other characters in the town and difficulties they may be facing; there are some jokes and laughs when we meet the school bully, Charlie’s difficult mother and his Vietnamese friend, Jeffrey (Roy Phung). Amid the lighthearted coming-of-age teen romance, boys being boys, families sorting themselves out and individuals discerning truth from gossip, the play returns to the scene and mystery of the death of young Laura Wishart. 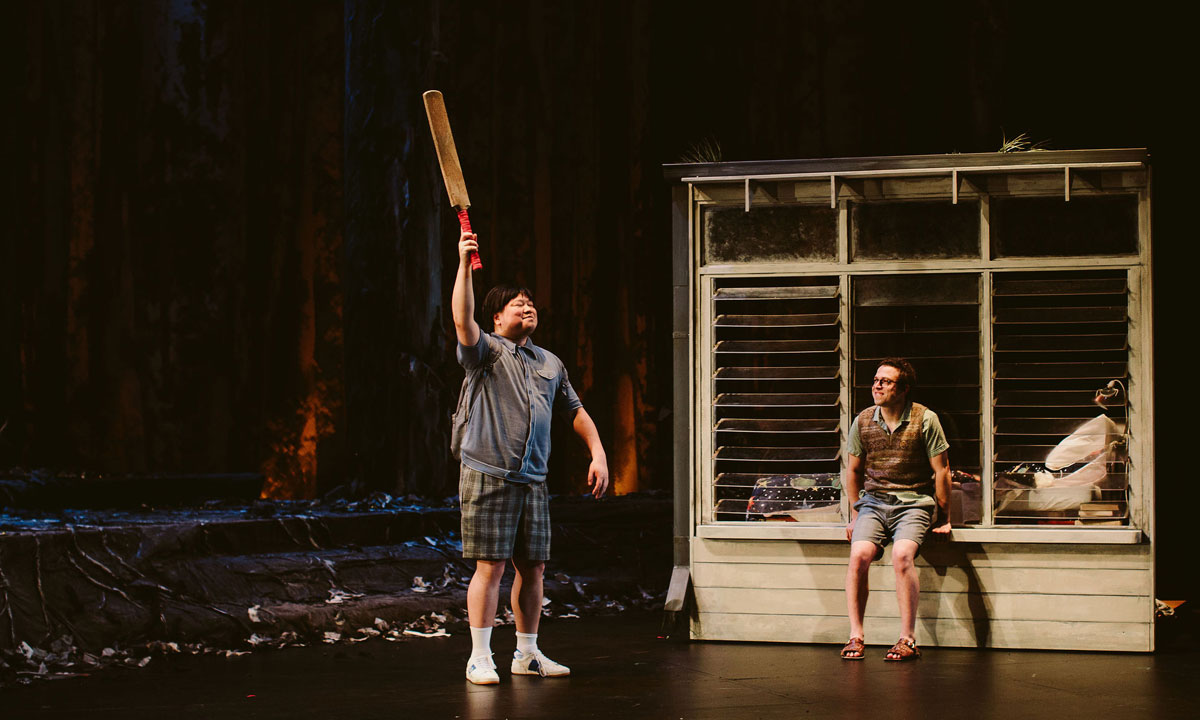 Rory Walker is excellent as the withdrawn father of Charlie and also as “Mad Jack”, the man with a rifle who children steal peaches from and who we find has a story to tell Jasper. Rachel Burke is also impressive as the ghostly Laura Wishart and, as her younger sister, Eliza, has captured adolescent naïveté, innocence and worldly knowledge beyond her years.  Both Walker and Burke’s characters have captivating speeches towards the end of the play.

In Jasper Jones, Jelk has successfully realised on stage a story that is confronting, entertaining and thought-provoking. The core of the play is Jasper’s mistreatment by police and the prejudice he faces from the non-Indigenous community, and the performance is at its best when that storyline is the focus.

Jasper Jones, presented by State Theatre Company in association with Flinders University and Dramatic Women, is playing at the Dunstan Playhouse until September 7.