This is the latest in a series of productions of A View From the Bridge that began with Belgian director Ivo van Hove’s highly acclaimed reimagining of the play in 2014. Performances in Sydney and Melbourne last year, and now the State Theatre Company’s version in Adelaide, have followed van Hove’s lead in stripping away any semblance of 1950s kitchen-sink drama, focusing instead on the dark foreboding and destructive passion at the play’s core.

That’s not to say there’s any mimicking of van Hove’s iteration in the STC production. Victoria Lamb’s set, for one thing, is less spare, more functional. In fact, it’s key to the success of the piece.

As the play opens, a series of timber frames representing ship containers (or cages or perhaps the rigid laws and structures that hold the community together) are lowered on ropes to dock workers who manoeuvre them into position. Their multi-dimensional planes and surfaces liberate Miller’s play from its literal representation, creating a shifting plateau of physical and mental landscapes. 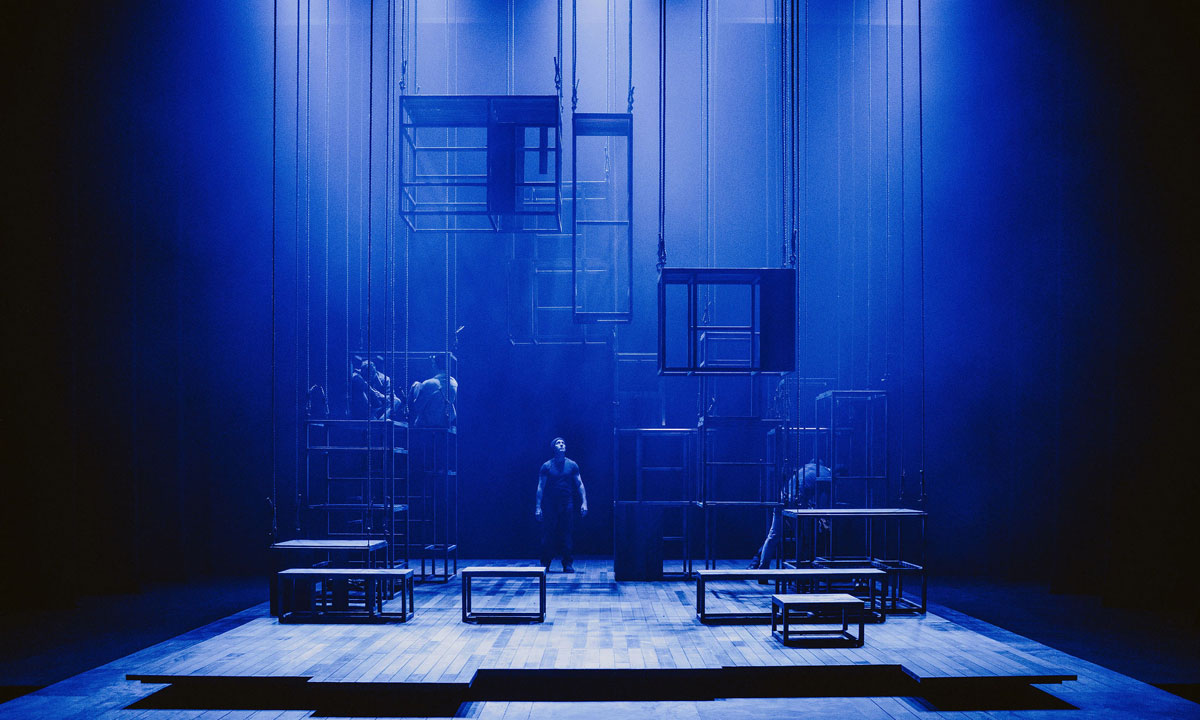 Champion’s deft handling of the characters as they move in, around, over and under the skeletal containers, miraculously transforms the arrangement from docks, to tenement block, to apartment interior, with no need for scenery change.

The action revolves around Eddie Carbone (Mark Saturno), a dock worker who lives in the Italian community of Red Hook in Brooklyn. Eddie has agreed to allow two illegal immigrants, Marco (Dale March) and Rodolpho (Antoine Jelk), cousins of his wife Beatrice (Elena Carapetis), to shelter in their home until they get settled in New York. But when Rodolpho and Eddie’s niece Catherine (Maiah Stewardson) fall in love, Eddie is incensed, trying all sorts of tricks to disrupt their relationship.

Saturno expertly fleshes out Eddie’s complex nature; his tormented desire, his humility when he first approaches the lawyer Alfieri (Bill Allert), his stubborness, his rage, and the machismo that masks a deep self-loathing. 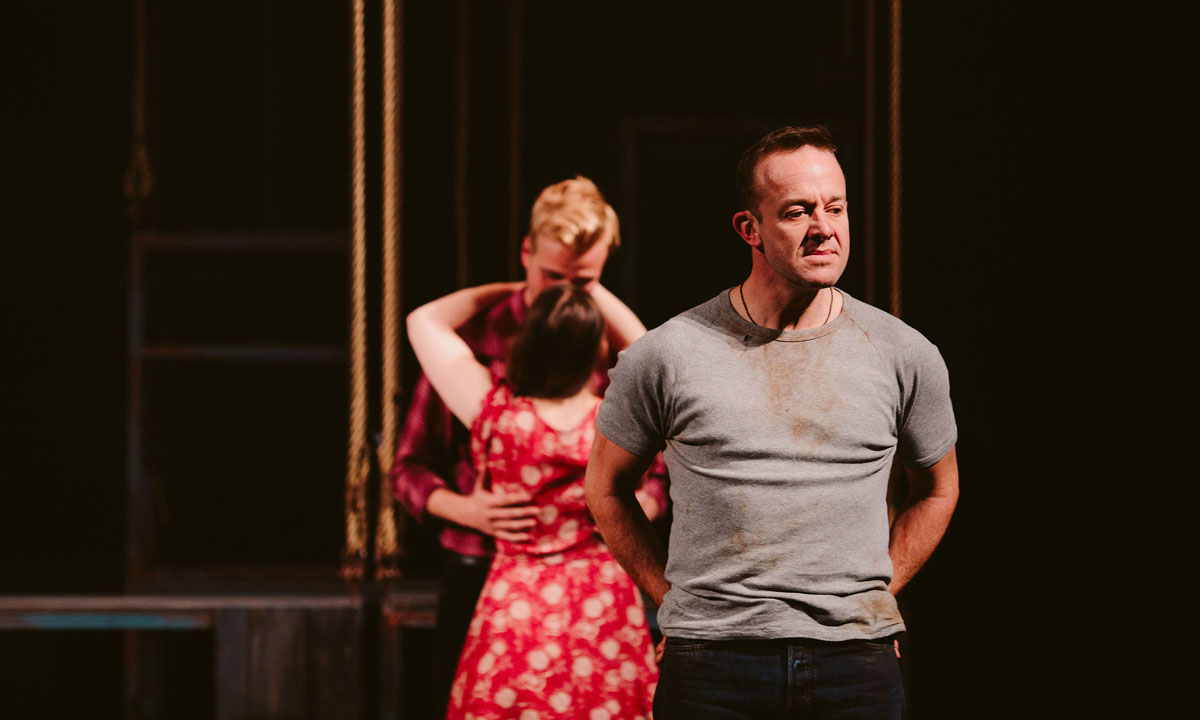 Carapetis’ performance is an absolute tour de force, gutsy and heartfelt, imbuing B’s character with a mixture of grievance and yearning.

Stewardson is also excellent as Catherine, the bright, open flower of her early womanhood withering in the shadow of Eddie’s rage before re-emerging as passionate defiance.

However, the naturalistic performances of the first half occasionally veer towards raucous as tension mounts in the second; the high drama of the intense encounters could have been subtler, more tightly held.

By contrast, Jason Sweeney’s soundscape is beautifully modest, an unassuming backdrop to the action, its haunting undertones occasionally cut through with metallic screeches that suggest the mechanical noises of the docks or add discordant angst in moments of intensity.

The final scene is infused with an operatic grandeur that pays homage to Miller’s intention of turning a small domestic drama into a grand Greek tragedy. Community laws now broken, the cage-like structures are hoisted into the gods where they swing lightly on their ropes, threatening to come crashing down around the cast like deus ex machina as the tragedy moves towards its unavoidable doom.

Champion has delivered a thrilling production that is deeply clever in construct, allowing Miller’s classic to speak to the modern age while maintaining its links to theatre’s ancient past.

State Theatre Company’s A View From the Bridge is showing at the Dunstan Playhouse until August 3.