Australian writer Sue Smith has long been intrigued by the story of Charmian Clift and George Johnston.

It has all the elements of a great drama – passionate love, scandal, heartbreak, a beautiful island setting, and a cast of Bohemian characters centred around two gifted Australian writers – yet it has never previously been told on stage or screen.

“We celebrate our sportspeople but not our artists. I’ve been sitting with this story for years and years, thinking, ‘Why hasn’t anyone ever dramatised it?’”

Now, 50 years after their deaths, Smith has brought Johnston and Clift’s story to life in Hydra, a joint State Theatre Company of SA and Queensland Theatre play directed by the latter’s artistic director, Sam Strong, and about to be presented in Adelaide following a successful season in Brisbane.

Strong describes the romance between Johnston and Clift as “one of the great untold stories of Australian culture”, while Smith says Hydra is “essentially a love story about two writers who I think are both incredibly important in the Australian literary cannon”.

“In a way, their work spanned those crucial mid years of the 20th century in the Australian consciousness, so I also wanted to pay tribute to that,” she says.

The play is set on the Greek island of Hydra, where the couple lived with their children for around nine years from the mid-1950s, becoming figureheads of a bohemian expat community and writing works including Johnston’s Miles Franklin award-winning novel, My Brother Jack.

Their relationship began years earlier in Melbourne, when they scandalised conservative society by beginning an affair while working at the Argus newspaper. Johnston, a former war correspondent, was 35 and married; Clift was a 23-year-old journalist.

They moved together to Sydney and then to London, where he became editor of the London Sun. By this time, they had two young children, and despite the family’s sophisticated lifestyle in England, they yearned for something different.

Smith says Johnston and Clift were attracted by Greek mythology, viewing it as the wellspring of Western civilisation. The Greek islands also appealed because of their beauty, the freedom they offered from societal constraints, and the cheap cost of living which they believed would enable them to write what they wanted to write. They moved first to Kalymnos, then Hydra.

“They did their absolute damndest to fulfil the promise of this dream, but it came unstuck.”

The pair did write extensively, but they also drank excessively. And while they revelled in the artistic community that grew around them – including the likes of musician and poet Leonard Cohen, and artist Sidney Nolan and his writer wife Cynthia Reed – they faced challenges through illness (Johnston had tuberculosis), infidelity, and a lack of money. They also now had three children to support.

Smith chose to tell the story through the eyes of the couple’s eldest son, Martin (played by Nathan O’Keefe), who was eight when they moved to Hydra.

“I wanted to explore the effect on the next generation of the choices of the parents … he functions as both an outside-of-time narrator figure but also as their child who watched what was unfolding and bore the repercussions later in his life.

“He became a very fine poet and an academic and then travelled the world and spent a lot of time in Greece himself, but he followed his parents with a life of poetry and drink … alcohol got a grip on both George and Charmian and also on Martin.” 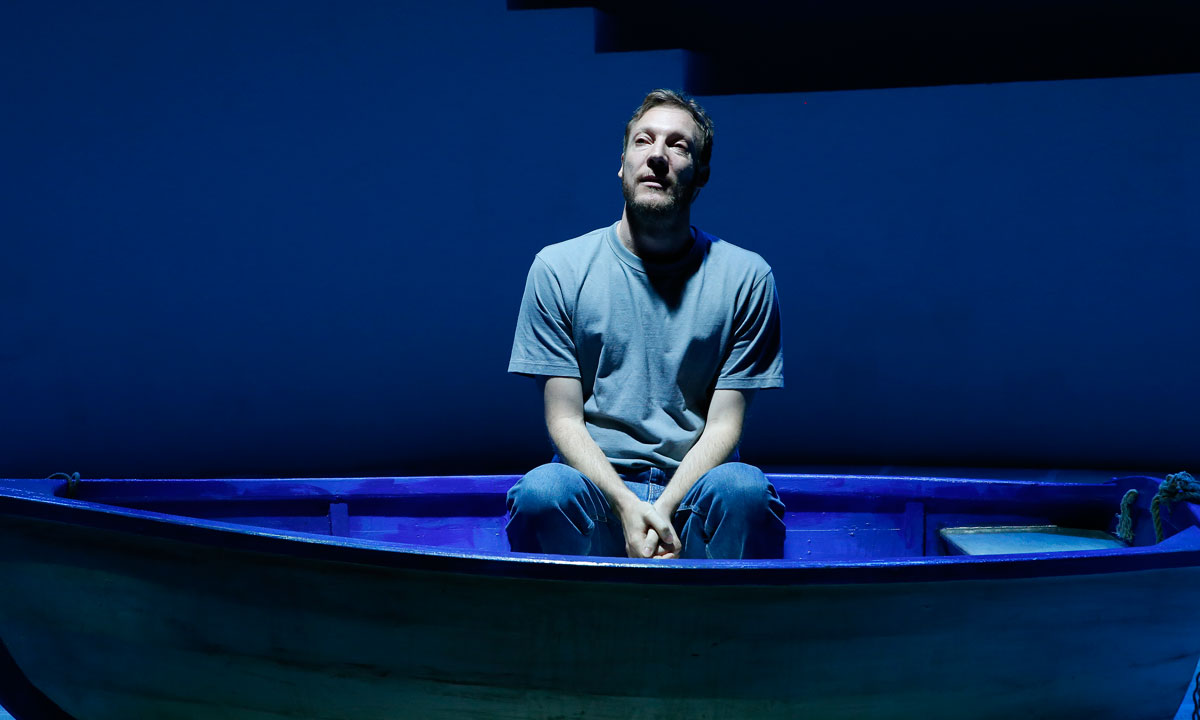 In addition to Clift (played by Anna McGahan), Johnston (Bryan Probets) and Martin, the cast of characters include the fictional expat painter Vic and writer Ursula – inspired by the couple’s real friends on the island – and a French “faux artist” named Jean-Claude, with whom Charmian has an affair.

The set design and lighting seeks to transport audiences to Hydra, reflecting the phosphorescence of the sea that Clift wrote about, and the exquisite summer and winter light of the sun-kissed island.

“I always wanted it to be very beautiful to reflect the way they wrote about the island,” Smith says. “For the kind of love they had for the island to be writ large on the stage.”

The magic of the island is also conveyed through the script, which, according to director Strong, seamlessly interweaves the original writing of Johnston and Clift with Smith’s own “vivid re-creation of this heady time”.

“Sue captures all of the romance, beauty and excitement of the Johnstons’ Greek idyll,” Strong says.

“At the same time, she plunges us powerfully into the emotional turmoil that their relationship ultimately became.

“Hydra is a timely story about the costs – for ourselves, our relationships and our families – of pursuing what we want. Sue’s play asks searching questions about the price of leaving a legacy. Ultimately, she creates an experience that will linger with its audience as long as the artworks created by its heroes.”

Some reviewers of the play’s opening season in Brisbane inferred that Clift’s support for Johnston’s literary endeavours came partly at the cost of her own writing success, but Smith believes the reality was more complex.

While Johnston wrote My Brother Jack, the first of his trilogy of semi-autobiographical novels, on Hydra, Clift’s memoirs Mermaid Singing and Peel Me a Lotus – which Smith describes as “incredibly beautiful” – were also based on their time in Greece. When they returned to Australia, her weekly columns for the Sydney Morning Herald and The Herald in Melbourne attracted a large readership.

“Charmian was a woman ahead of her time.

“Her writing indicates a wise woman with a thoughtful imagination, and she made choices that were confronting for society at the time … she threw caution to the wind.”

Despite the tragedy inherent in their story (Clift and Johnston died around a year apart, at ages 45 and 58 respectively), Smith says that for at least some of their time on Hydra, things were perfect.

“The play explores the partnership of these two remarkable people in terms of their love for each other and their way of writing together – the way they encouraged and inspired each other to create better work.”

State Theatre Company and Queensland Theatre, in association with Adelaide Festival Centre, are presenting Hydra at the Dunstan Playhouse from May 1-19.