Lines was written by UK playwright Pamela Carter and chosen by Theatre Republic artistic director Corey McMahon as the new Adelaide company’s inaugural work because, he says, it is “bang up-to-date,” political and provocative.

The four young actors are fit, athletic and convincing. Matt Crook is excellent as Locke, the gay recruit who is often in his own world as he mimes loading a rifle and shooting someone; Rashidi Edward is a strong presence as the black recruit who is dedicated to his unit; Stuart Fong is multi-faceted as the guy who gets the giggles on parade, but who you wouldn’t mess with, and James Smith plays Perk, the angry young man ever ready for a scrap.

Director McMahon has his squad almost continually moving, changing from civvies into combat fatigues into regulation army undies, getting into bed, running, getting a full pack from lockers, on parade and going into battle. It is a challenging and impressive physical feat.

Carter’s script is interesting because it is almost a stream of consciousness; woven among the naturalistic dialogue, there are monologues and random thoughts that recreate the sorts of things that just might be going through a young soldier’s mind. We hear their resentment over their squadron leader (an excellent voice-over by Renato Musolino), what they plan to do on the weekends, their dreams and aspirations, their fears, their secrets, and their growing respect for and distrust of each other.

Designer Olivia Zanchetta makes excellent use of the Bakehouse stage, with the clean lines of four beds, four lockers and a bank of rectangular lights upstage reflecting the military demand for order and conformity. 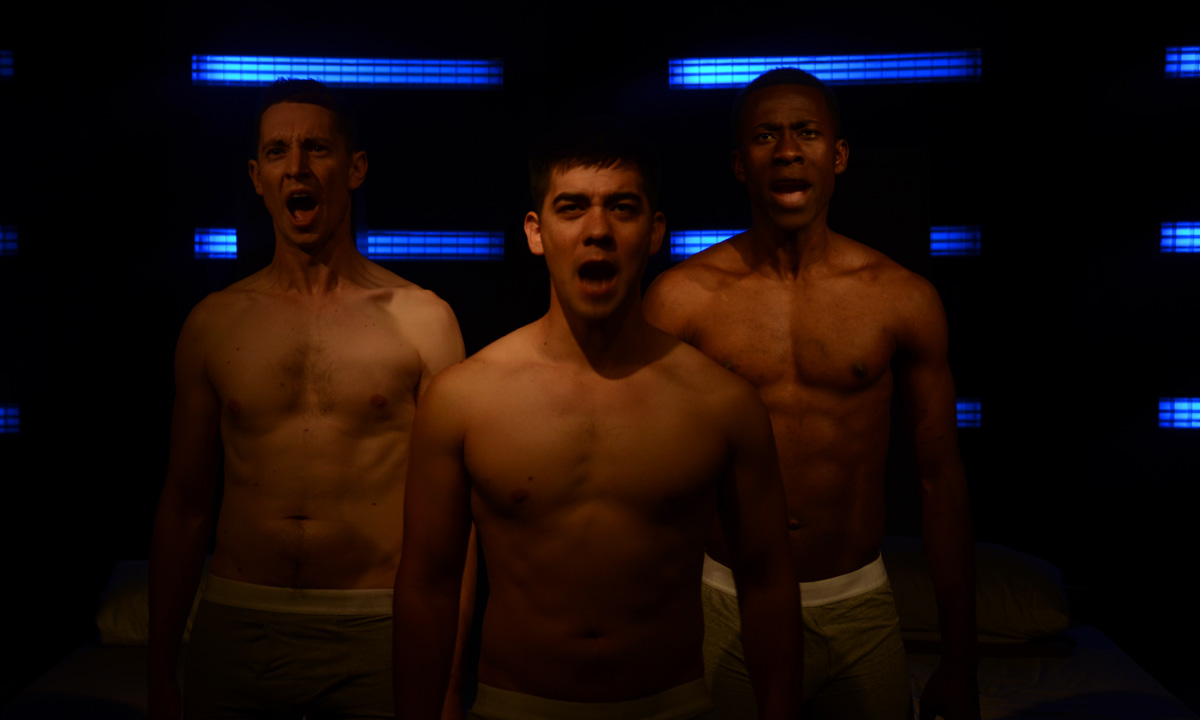 Most of the play takes place in the barracks but the final 15 minutes is beautifully lit by Chris Petridis as the soldiers – in only underwear – simulate a battle and the ultimate sacrifice of some of them. It is gruelling but compelling, beautiful and ugly, humorous then tragic.

Carter’s script tackles the techniques used by an army to make or break its soldiers so that they are compliant and non-questioning, but the play also raises questions about the need for defence against invasion and the reality that some citizens may be called upon to kill in order to protect others. We witness the tension and the bonds brought about by living at close quarters, and there are glimpses of the trauma caused by war service.

If Theatre Republic can continue to produce the goods with productions such as this – and is supported by audiences and funding bodies – it will bring some welcome new excitement to the local theatre scene.

Theatre Republic is presenting Lines at the Bakehouse Theatre until November 10.