“One of the big questions of the play is: Is the truth out there? Is it knowable and, if so, does it have a moral character or is it amoral,” says director Charles Sanders.

“That’s an idea that is much more prevalent now than it was here in the ’80s.”

Sanders, whose Adelaide-based theatre company House of Sand is presenting Welcome the Bright World, in association with the State Theatre Company, is explaining why – 35 years after it was last presented in Australia – the time is right for a re-staging.

Australian playwright Sewell’s script sees two prominent Jewish scientists, Max and Sebastian, on the verge of discovering “a truth that could change the world” and is set in Berlin in the early 1980s.

However, Sanders says its themes resonate strongly in today’s geopolitical climate, which has seen the election of President Donald Trump in the US and the rise of “post-truth” politics, the Brexit vote in the UK, right-wing populist uprisings around the world, and the increasing loss of a centre in politics.

“The play seems to me a mere premonitory in its examination of some of those issues – around truth and the nature of truth, but also around the intelligence state, privacy, data gathering, all of these big questions that are so much in the foreground right now.

“It struck me as an incredibly prescient work and one that tells those stories and asks those questions through the perspective of a family drama.”

State Theatre Company stalwart Terence Crawford (1984) played Max when he was a student at Sydney’s NIDA and will return to the role for the new production, with Roman Vaculik taking on the character of Sebastian.

The narrative sees the two working together on a particle physics project: they think they’ve discovered the “truth quark”, the final piece of particle in the set of six quarks thought to be the elementary building blocks of the physical world.

At the same time, Max becomes involved with an intelligence data-gathering operation within the government, while his daughter gets embroiled with a revolutionary, left-wing group.

Sanders says that with family members on each side of the political divide, the scene is set for “some pretty high drama”. The main characters’ obsessive pursuits also put them on a collision course with the power of the state.

“The fun game of the play is what stops the two brilliant scientists from achieving their goal – through the various ways that the political and personal spheres interrupt their pursuit of pure science,” Sanders says.

He acknowledges it is a complex play, but reassures potential audience members that they shouldn’t be intimated by that:

“It’s such a beautifully rendered play because if the physics resonates with you, that’s great; if the politics resonate with you, then that’s wonderful; if the social themes resonate with you, then that’s wonderful – but it’s structured in such a way that even if all you want to hold onto is the family drama element and the individual lives of the characters, it’s still a really fulfilling theatrical experience … even if all you wanted was the Neighbours‘ version, you’d still get that!” 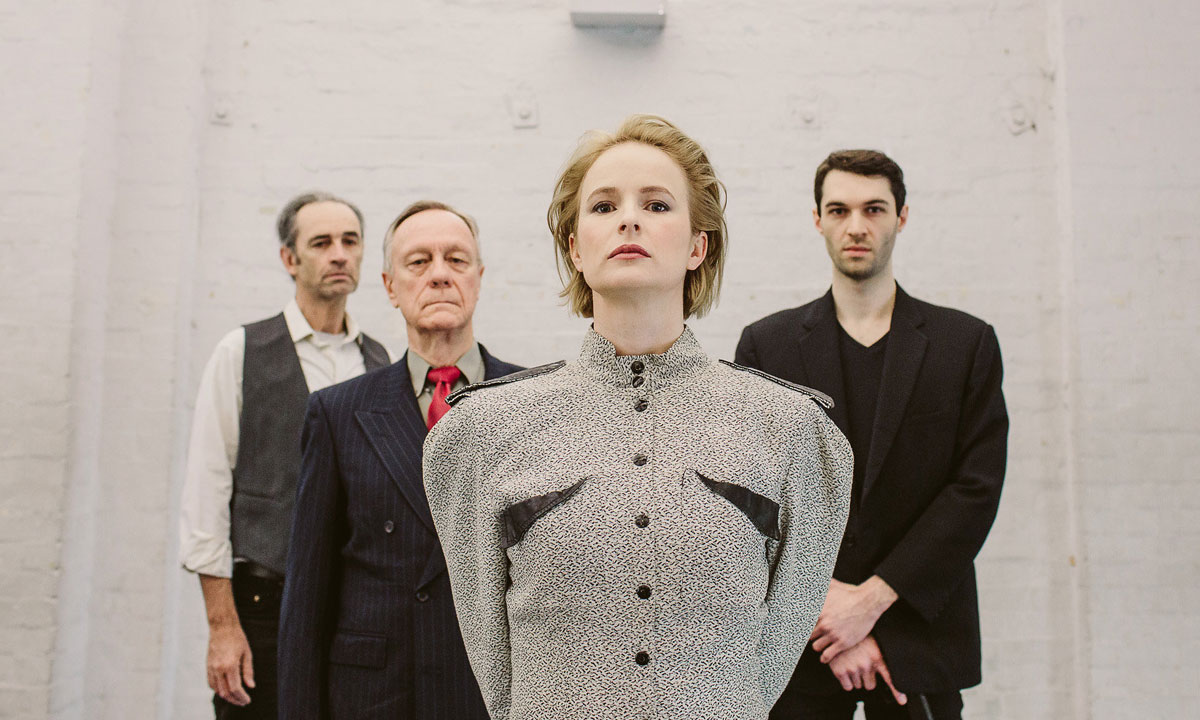 Sanders has collaborated with Sewell for the new production, with the later editing his script so the original four-hour play is now just over two hours, with seven actors playing 10 characters rather than nine actors playing around 20 characters.

There is also a more integrated multi-media element in the play, with digital projections on three walls of the Queen’s Theatre that will help tell the story and delineate settings.

The historic theatre in Playhouse Lane was deliberately chosen by House of Sand, says Sanders, because it seemed well-suited to the play’s setting in West Berlin, which was left partly derelict between World War II and the fall of the Berlin Wall, but also had a burgeoning youth punk-rock scene linked to the anti-fascist movement in the ’80s.

The set design takes inspiration from Berlin’s Kaiser Wilhelm Memorial Church, colloquially known as “the broken tooth”, which stands as a memorial to World War II and retains the damaged spire of the original church on the same site which was largely destroyed in a bombing raid in 1943.

“We wanted to have a gently immersive performance,” Sanders says.

“The whole space will feel very much like perhaps you are in a bombed-out Berlin warehouse or a derelict church or the emerging Berlin nightclubs that were starting in the ’80s and are so famous today.”

Charles Sanders and his sister Eliza Sanders established contemporary performance collective House of Sand in Adelaide 2015, and have since then created seven shows which have been presented in Australia and New Zealand.

However, Charles Sanders says Welcome the Bright World is a milestone: it’s by far the collective’s biggest production, and its first partnership with a major theatre company (the play is being presented through State Theatre’s State Umbrella program).

Welcome the Bright World opens at the Queen’s Theatre on Thursday, with performances continuing until October 6. Click here to read Sanders’ interview with CityMag in which he speaks in more detail about his career in the performing arts and the creation of House of Sand.