His new show for Flying Penguin Productions, Solo, consists of two monologues – Bitch Boxer by Charlotte Josephine (starring Jordan Cowan) and Sea Wall by Simon Stephens (starring Renato Musolino) – both of which explore themes of love, relationships and the unknown.

Below, Mealor gives InDaily a taste of what’s in store.

Tell us about the plot of the two plays and the characters at the heart of each story?

Bitch Boxer [which was presented at the Adelaide Fringe several years ago by Charlotte Josephine’s UK company Snuff Box Theatre] is the story of a young woman, Chloe Jackson, who has been trained by her father as a boxer and she is now trying out to make the Olympic boxing team.  The monologue is one hour before her bout, and she talks with the audience about her life and her preparation for the fight. Her greatest challenge is not in the ring but outside of it.

Sea Wall  was originally written for Andrew Scott, who plays Moriarty in the TV series Sherlock. The character Alex is a successful photographer who is in a happy marriage, and has achieved wealth through photographing sales catalogues. He has a young daughter who is the centre of his life, and the family regularly holiday in France with his father-in-law. In the midst of this ideal and idyllic family setting, Sea Wall explores a modern-day tragedy where in an instant, life can change dramatically, and suddenly,  from nowhere,  a wave can wash everything away.

What attracted you to Bitch Boxer and Sea Wall?

I was attracted to the simplicity of the staging, as they both have a single actor sharing their incredible stories with an audience.

The core of both plays is the importance of relationships and, in particular, the relationship between fathers and daughters.

The writers of both plays have created theatrical moments that have deeply moving human experiences shared with an audience, so that there is laughter and pain but always a sense of movement and survival.

What qualities do the actors Renato Musolino and Jordan Cowan bring to the plays?

Jordan Cowan and Renato Musolino are complete actors and they have great strengths in a range of acting skills.

They both bring a high level of physical prowess and precision to a performance and they are emotionally connected actors. They are very human, they tell a very good yarn and they love acting.

Renato brings an intense focus to his acting and Jordan brings a sense of wildness and danger to her performances. Their modesty and humility brings warmth and sincerity to the theatre and an audience feels safe in their presence. 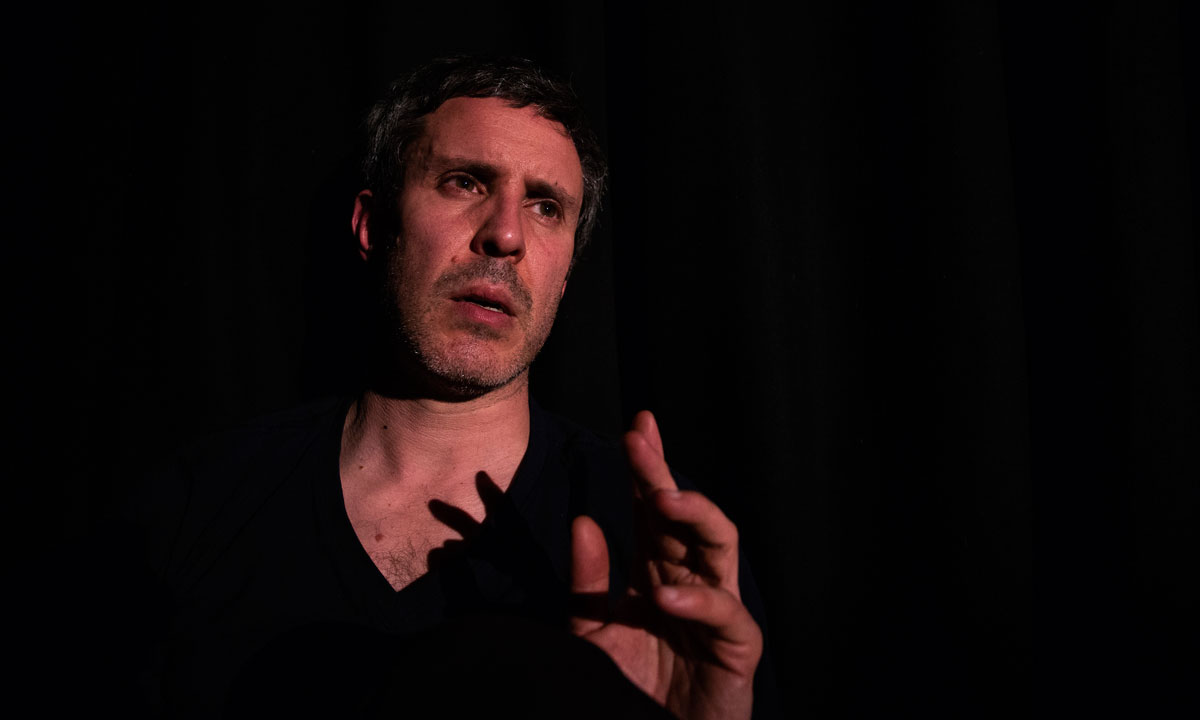 Why did you choose the Studio at the Goodwood Theatres – which is essentially a bare rehearsal room – for this production?

The Goodwood Studio is an intimate space, with room for only 40 in the audience. I love the architecture of the room and its sense of being lived in and real.

There is a slight feeling of roughness and simplicity to it, and so it is without all the trappings of a flash theatre production, which then sharply focuses both the audience and actors.

It provides the perfect setting for our two characters to share their stories, as if you are in a room with them, listening to their experiences instead of feeling as though you are going out to the theatre.

What do you think your audiences will leave with having experienced these monologues?

Solo is a night of two great plays that capture the human need to share powerful emotions and incredible experiences with others.

Storytelling is a vital aspect of the human condition and I think audiences will find the experience one that is transforming and uplifting. It is an opportunity for individuals to slow down, even if only for a short while, to listen to others, to reflect on their own lives and experiences and to meditate on their relationships and what they value.