After seeing Swedish playwright August Strindberg’s Creditors performed in London 10 years ago and wondering why it hadn’t been produced by a major theatre company in Australia, writer Duncan Graham set out to adapt the play to bring it into the “here and now”.

Shockingly, the questions it poses around gender and relationships are still being asked today, even though the play was written in 1888.

The play interrogates ideas of power, love, manipulation and the debts people owe to each other. Most of all, it wants to keep audiences questioning.

Creditors is set in a resort and begins with impressionable artist Adolph (played by Matt Crook) befriending a stranger, Gustav (Peter Kowitz). Gustav knows more about Adolph and his wife, Tekla (Caroline Craig), than he should and his insights may hide a sinister agenda.

When Tekla returns, she finds her marriage under the microscope. Pressure builds and long-held secrets are revealed as the three characters untangle exactly who is in debt to whom. 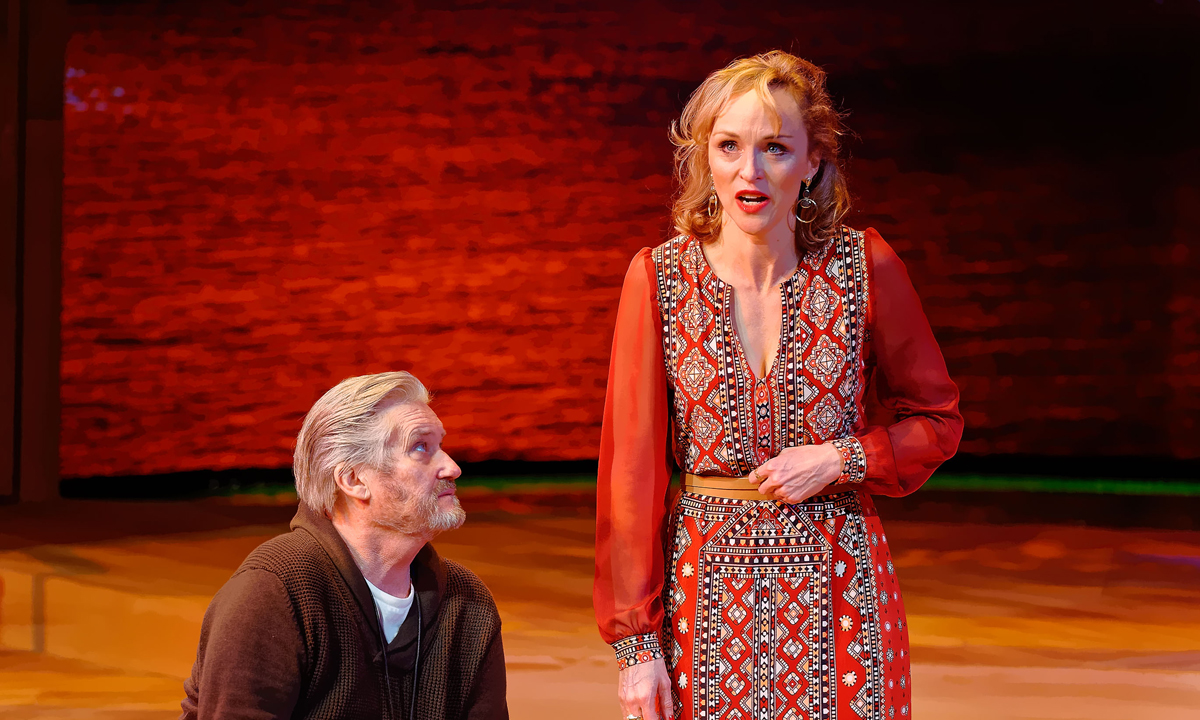 This adaptation, directed by David Mealor (Buried Child, The Dark Room), brings the play well and truly into the 21st century: Tekla is on Twitter, Gustav rants angrily about the “post-truth” era, and amazingly, Ailsa Paterson’s set even introduces an infinity pool to the stage. The dialogue is sharp and witty, packing laughs between each dark turn in conversation.

This couldn’t be achieved without the mastery of the actors, and Caroline Craig, in particular, shines as the complex and flawed female protagonist. Craig, whose credits include Underbelly, Anzac Girls and Blue Heelers, gives depth and emotion to the free-spirited Tekla, ensuring that the audience sympathises with her in the face of a slurry of insults (“slut”) and accusations (“unfaithful”).

But although Creditors is considered Strindberg’s most successful play, it is tainted by the widely held view that he was misogynistic, and even when viewed as a criticism of gender inequality and hypocrisy, toxic masculinity and erroneous gender stereotypes, it is unable to fully escape its own sinister undertones.

There are moments when some audience members may question whether this classic should have been left in the past.

Creditors is playing at the Adelaide Festival Centre’s Space Theatre until August 5.