McMahon says Theatre Republic will develop new work and present the Australian premieres of productions from overseas, with a focus on contemporary, cutting-edge plays that respond to current events and issues.

The Flinders University Drama Centre graduate has already established a strong reputation as a theatre director, with credits including the State Theatre Company productions of 1984, Eh Joe, Between Two Waves and After Dinner, and the premiere of SA playwright Elena Carapetis’s The Good Son.

He says his decision to launch his own company was driven by his passion for grassroots, independent theatre – “the lifeblood of our industry” – which provides opportunities for both emerging and experienced South Australian artists.

“When I graduated, there was a pretty healthy little independent theatre scene with quite a lot of micro-companies and it was vibrant and there was a small audience that we all enjoyed.

“That’s slowly dropped away over the years.

“There’s a number of different reasons for that … it’s undeniable the funding environment we now exist in in terms of government subsidies is very constrained and that has a knock-on effect.

“It means that artists start to leave the state; it also means the volume of work being produced at an independent or local level is contracting, so audiences start looking for other ways to spend their discretionary dollar – it has this snowballing effect.

“And theatre has a lot of competition. You can spend $9 a month on Netflix or you can spend upwards of $20 or $30 on a ticket to see a show, so it’s a tricky environment to be operating in.”

To help fund its first play, Lines, Theatre Republic is seeking donations through the Australian Cultural Fund (a platform run by the Federal Government), with a project brief that describes the company as creating work which is “unapologetically political and provocative”.

Lines, which will have its Australian premiere in October this year at the Bakehouse Theatre, was written by Pamela Carter and originally produced by The Yard Theatre in London.

The play is about four young men from socially and educationally disadvantaged backgrounds, each searching for some sense of purpose and identity, who join the army. McMahon says it examines how soldiers are recruited and trained, and what happens to them when there is no war to fight.

“There are questions like is that the beginning of things like toxic masculinity, and does it advance them in life or does it hinder them.”

Because of the long lead time involved in commissioning and creating works, Theatre Republic is unlikely to stage any productions in 2019, but will have two new Australian plays in development for the following year.

The first, written by Duncan Graham (whose adaptation of the thriller Creditors is being presented by State Theatre Company this month), is called Nil by Mouth and examines how people respond to living in an environment that’s framed by terrorism and terror. Its staring point is the Lindt cafe siege in Sydney in 2014.

“We’re still developing it but it’s certainly going to be a multi-media event as well,” McMahon says. 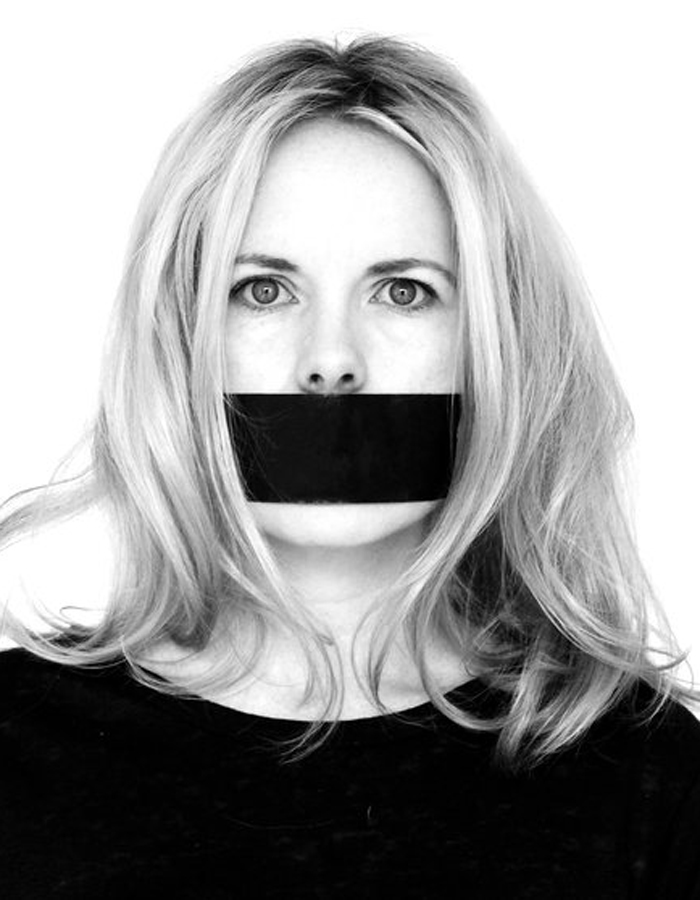 “The audience can see the performance live on stage but they can also see it being filmed and projected on screen, so what version is real?

“It’s a really exciting play. Duncan calls it a theatre event for our times and if it ends up where we’re hoping to take it I think he’s on the money.”

The second new play is by Emily Steel, who created the Adelaide Fringe hit 19 Weeks, and is inspired by the experiences of a group of Afghan women refugees she met at the Migrant Resource Centre in Bordertown.

Many of the actors working with Theatre Republic will also be familiar to Adelaide audiences, including Line cast members Rashidi Edward, part of State Theatre’s former professional ensemble whose works included the recent Sense and Sensibility, and Matt Crook, from shows such as Switzerland (State Theatre) and Rumpelstiltskin (State Theatre, Windmill).

“I’m passionate about trying to keep our talent in the state,” McMahon says.

“So many of the people I have worked with over the years have moved interstate or left the industry, which is sad because it means we’ve lost a lot of talented people.”

He is convinced that quality, entertaining independent theatre shows can excite audiences and entice them away from their TV screens.

“I think it’s about being really clear about the audience that you’re trying to tap into and about creating work that is just as compelling and entertaining and challenging as what they watch on those streaming services, but the actual bonus is that they can have that played out in 3D in front of them rather than watching it on a flat screen.

“The image I always use is that only theatre can reach out into the audience and give you a bit of a shake.”