One of Pinter’s less regularly performed plays, Old Times has risen in popularity of late with major productions in London in 2013 and on Broadway last year. It’s a challenging piece; the play’s comedic wit has dark undertones of danger and deceit normally conveyed through subtle, nuanced performance.

Director Knight has instead opted to play it largely for laughs.

Rachael Wegener (head of Mystique Productions) and Charlotte Rose, as Anna and Kate, deliver their lines with an almost vaudeville bravado, while Marc Clement uses his considerable physical skills to present his character, Deeley, as a kind of body-popping Michael Caine.

It’s a fascinating interpretation that has the benefit of highlighting Pinter’s humour as well as the sexual menace that lies beneath the dialogue.

The drama begins when a visitor arrives at the country home of married couple Deeley and Kate. The visitor is Anna, who shared a flat with Kate when they both lived in London. The two reminisce about the past but the memories, entangled as they are with desire and contradiction, seem unreliable.

Deeley, feeling like the “odd man out”, invents confrontational memories of his own while he and Anna battle for Kate’s attention and affection using increasingly absurd methods. 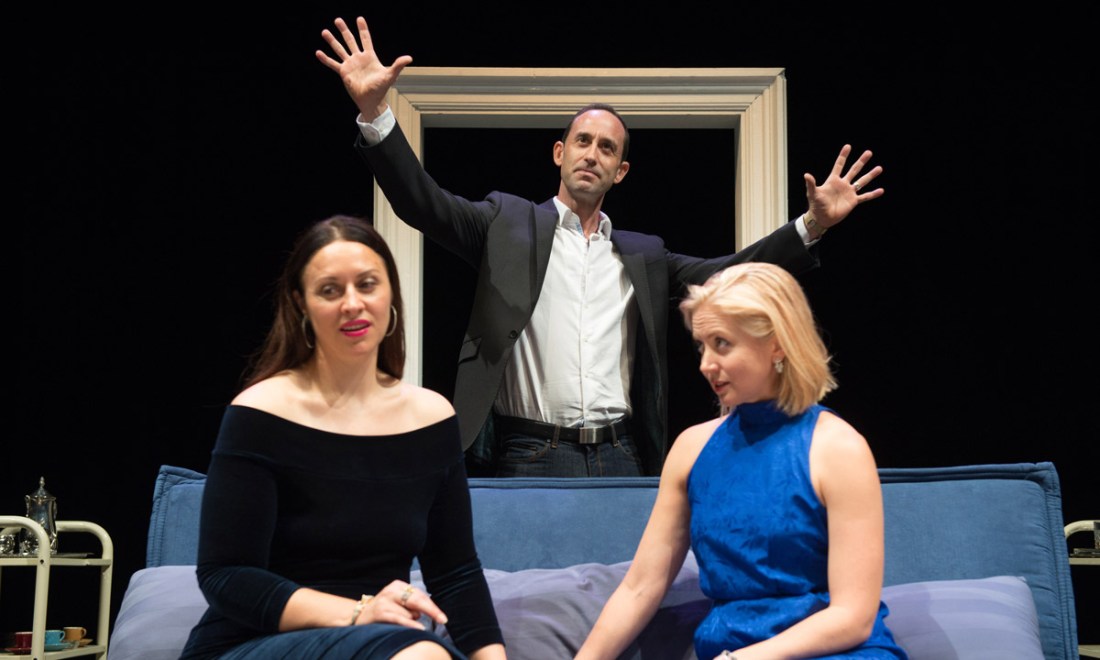 The sentiment is firmly embedded in Old Times, where each of the characters is keen to impose their own version of the “old times” they shared. Perceived realities shift, change and eventually landslide into the utterly surreal in the play’s final scene. The audience is forced to consider the subjective nature of reality and how it is affected by the power struggles inherent in all relationships.

Stylistically challenging and highly entertaining, this production of Old Times provides theatre-goers with the opportunity to see an exceptional 20th-century playwright presented in an unusually brave manner, while incidentally supporting local talent. Adelaide can look forward to more from this talented fledgling company.

Old Times is showing in the Space Theatre, Adelaide Festival Centre, until April 9.