Only an Orphan Girl is a classic music hall show, with rousing songs, comedy, sing-a-along, heckling and good old-fashioned fun.

Presented at the Arts Theatre by Adelaide Repertory Theatre, it is first-class entertainment and has the boisterous audience participating in the dialogue and singing old standards such as “Any Old Iron”, “It’s a Long way to Tipperary” and “Pack Up Your Trouble in Your Old Kit Bag.”

There is nothing refined about the production: it’s kitschy and brash and all the better for it. The ensemble members throw themselves into the jocular asides and ad-libs, and even the ushers appear to be having tremendous fun.

Henning Nelms’ script is admirably adapted by director Pam O’Grady, who has updated the typical melodramatic tale in which a villain seeks to wed a beautiful and innocent young girl to swindle her out of her fortune. Of course there is also a dashing hero, farm boy Dick (played by Robert Bell).

Sophia Bubner is adorable as Nellie the orphan girl, and Barry Hill is suitably sinister as he enters from stage left as the vile Arthur Rutherford – his hand wringing as he considers Nellie’s inheritance is cartoonish and fun, as is his laugh. Indeed, the entire cast is solid, but with enough ham to fill a supermarket shelf. Does it work? Yes, it does. 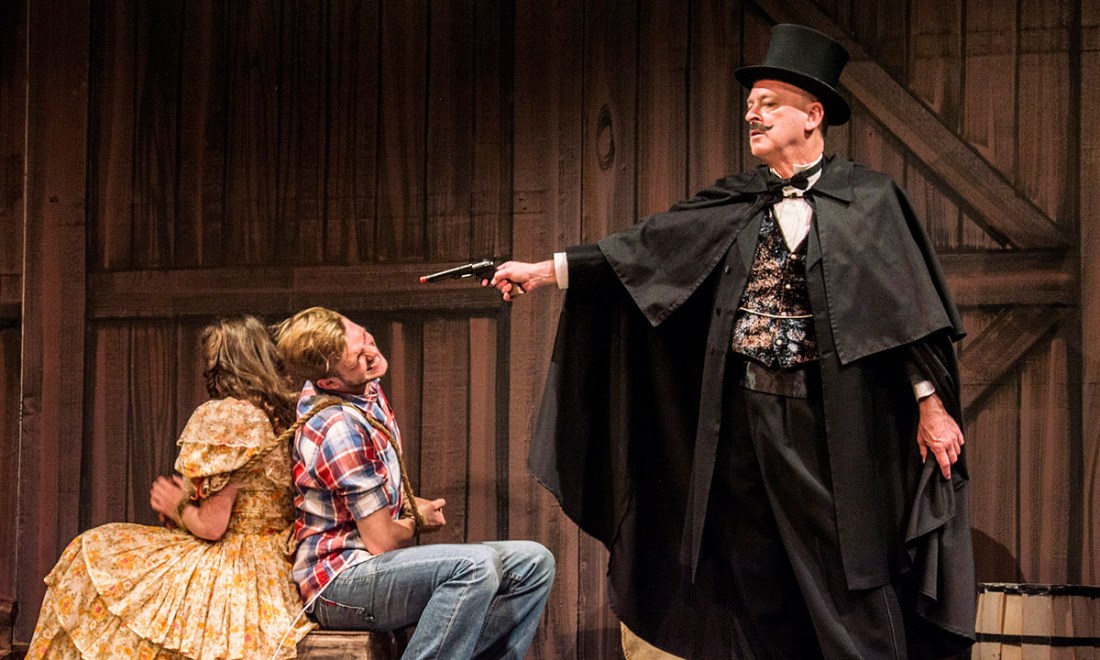 The audience laughs along at the absurdity of it all, boos the moustache-twirling villain and cheers the hero – shouting “we want Dick” – with gusto.

Only an Orphan Girl is well worth seeing; this reviewer intends to go again. There are plenty of rewards, not least the fine costumes and a dash of satire, a modicum of topical gags, and innards of silliness.

This show is high-spirited and over-the-top fun.

Adelaide Repertory Theatre is presenting Only an Orphan Girl at the Arts Theatre until November 28.