Much Ado About Nothing may not win over a lot of people who aren’t Shakespeare fans, but for the converted, it’s a vibrant surge of magical comedy.

For the most part, the University of Adelaide Theatre Guild’s production is the discriminating laughter-fest and exhibition sought by Bard devotees.

The production – which is set in an English garden in 1945 and imagines Benedick (Adam Tuominen) as a returning English officer – is elevated by a number of features, including adept blocking, rich characterisation and, above all, comedic drama. In each case, director Megan Dansie must take the credit.

Arguably Shakespeare’s greatest comedy, Much Ado chronicles the interplay between two belligerent, witty and sharp-tongued singletons, Benedick and Beatrice (Bronwyn Palmer), who scorn love and the malady of the lovelorn. Both are determined never to marry. But when Claudio (Alex Antoniou) falls in love with Hero (Olivia Lilburn), the Duke’s (Tony Busch) daughter, and sinister forces conspire against them, Benedick and Beatrice are forced together. 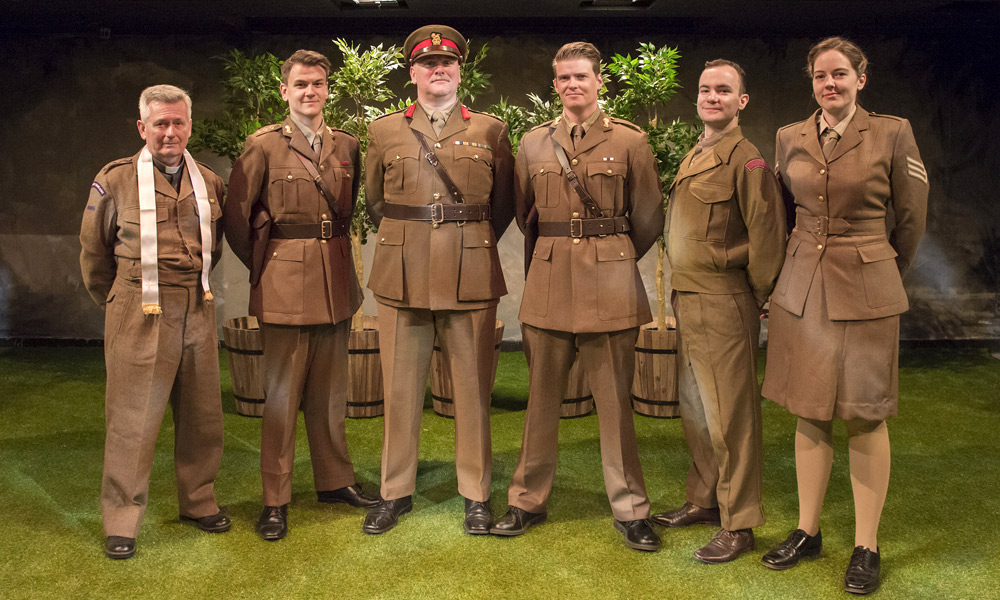 Throughout the ages, audiences have enjoyed Much Ado About Nothing for the verbal sparring of the reluctant lovers. In many ways, the Bard anticipates future screwball comedy and romantic-comedies, with his original vision of two weddings and a funeral. Dansie doesn’t let us down with her passionate, distinctive and highly entertaining adaptation.

The production is built around a strong cast of actors who each play their characters with immense energy and emotion. Particularly impressive is Lindsay Dunn’s performance as Dogberry, whose malapropisms are delightfully timeless.

The visuals, composition and performances come together to create something quite charming. This is arguably everything you want from Shakespeare, in a way that’s idiosyncratic and distinctive.

University of Adelaide Theatre Guild is presenting Much Ado About Nothing at the Little Theatre,  Adelaide University’s North Terrace campus, until May 16.