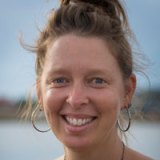 Formed in 1998 as a commentary on manufactured boy bands and MTV’s consumeristic world, Gorillaz are an interchangeable supergroup of sorts, founded by and made up of Damon Albarn (vocalist of Blur) and artist Jamie Hewlett of the Tank Girl comics. But that’s not the full story. The very nature of a virtual band demands a visual narrative, a fiction made up of avatars, so let me begin again: Gorillaz are a four-piece band made up of the animated characters 2-D (vocals and keyboards), Murdoc Niccals (bass guitar), Noodle (guitar, keyboards and vocals) and Russel Hobbs (drums).

With the release of their self-titled album in 2001, Hewlett directed a series of videos to introduce audiences to the band and created an interactive website that showed off their home and studio. In 2006, alongside the release of their album Demon Days, they published an autobiographical book (written by the “real” drummer Cass Browne), adding further fiction to the Gorillaz concept. It all paid off, because unless you count Alvin and the Chipmunks, Gorillaz are the most successful virtual band in the history of the world. Given this, the band’s inclusion in Illuminate Adelaide – a festival of art and light – feels almost destined.

In early Gorillaz performances, the live band hid behind screens so audiences could focus on the abstract band, who were presented in a tough and cool style of animation on giant screens. Variations of the performances followed in the years to come, but these days, as in last night’s concert, a live band plays in front of a screen for everyone to see.

As privileged as we were to view the real musicians in action, there’s something anti-climactic about not looking on to the fantasy world of avatars, which would gel with the immersive art experience that Illuminate promises. But when you hope for holograms – working with very high expectations and a bottomless budget – and instead get high-energy musicianship from a band fronted by Albarn, who’s mastered the art of chunky sounds done smoothly, there’s no need to complain. 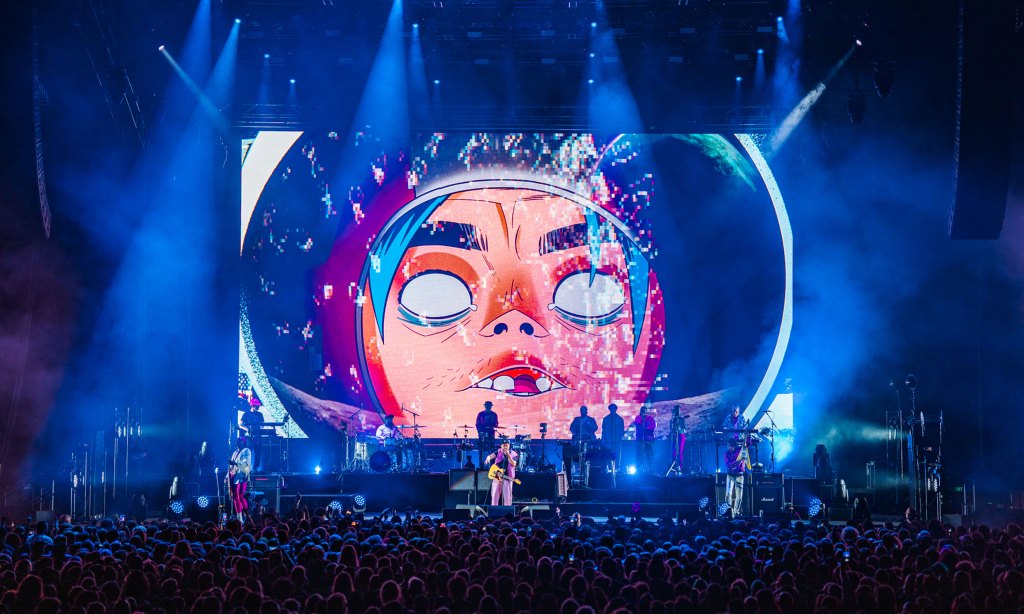 This show was presented with a large ensemble including special guest artists, instrumentalists and back-up singers, with the set covering music from all the Gorillaz albums. Musically, it was superb, and everyone screamed when the grungy rock quartet took off in their flying campervan on the front-and-centre screen above.

Before the band began their mesh of hip-hop, dance and indie rock that included hypnotic standards such as “Feel Good Inc” and “Clint Eastwood”, Xhosa singer / dancer Moonchild Sanelly warmed up the crowd – or, rather, blew it up like dynamite.

With the sexplosive sass of Nicki Minaj and pure South African tribal joy, Sanelly sang – often in language – a self-stylised “future ghetto punk”, the genre she labelled herself. Pity half the audience – which spanned generations of T-shirt-wearing 40-somethings and blue-haired teens – was still in the foyer, gabbing on about what great music they were about to hear when the great music had already begun. 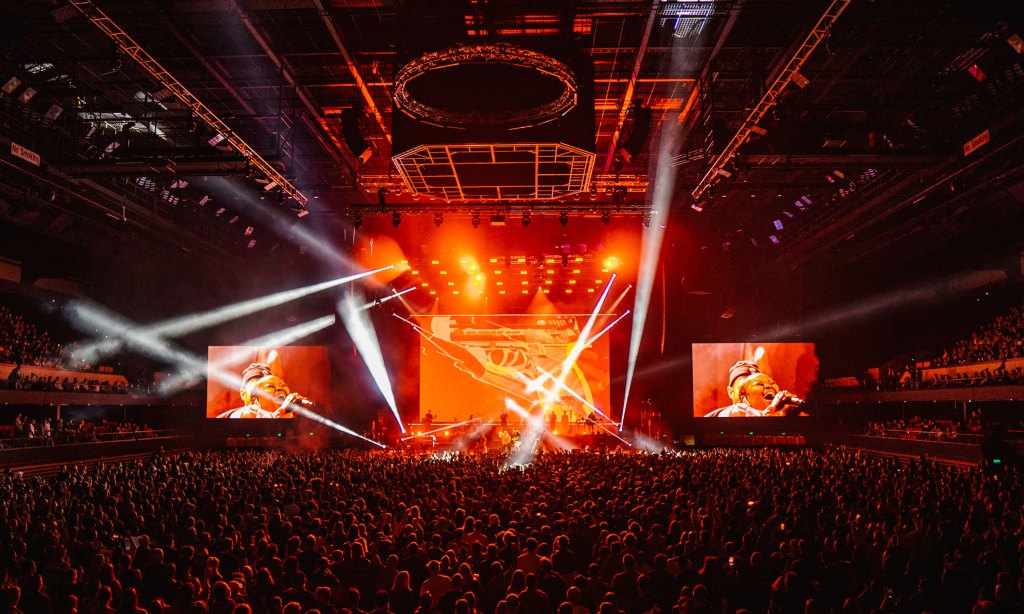 Luckily, Sanelly came back for the Gorillaz set to sing her song “With Love to an Ex”, and completely owned the stage, which is a hard thing to do when paired with Albarn, the seemingly detached, cool-as rock god that he is.

Gorillaz performed at the Adelaide Entertainment Centre for one night only as part of the Illuminate Adelaide festival.