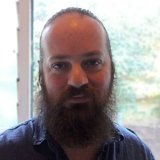 The title for this evening of blues and folk-inflected alt-country music was apparently submitted early in the show’s planning stages and without particular thought, we are told by Dan Freeman – bass player, husband to band leader Fanny Lumsden and, on this night, impromptu MC – as he welcomes the audience with conversational banter and some very deliberately bad dad jokes. For Lumsden and her tight, polished backing group The Pack, it was the final stop on their Deep in the Fallow  tour promoting third album Fallow (2020) and its companion release of alternate recordings, Fallow & Variations (2022).

But while the song “Land of Gold” appears on Lumsden’s first album, Small Town Big Shot from 2015, its themes of being on the road, that “home is where the heart is” and of “putting all your rhymes and reasons to the test” continue to resonate with the whole of this group’s approach to their craft.

As Lumsden explained while introducing the tune as one that people said wasn’t hooky enough to receive radio play, the musicians’ focus is on “collecting stories and telling them back to the people they are about”. Indeed, a key part of Lumsden’s schedule since 2012 has been the ongoing “Country Halls Tour” playing in regional and remote areas of the country that are rarely treated to fully staged live performances.

Country music has always been a more varied and complex genre than its popular reputation sometimes suggests – and Lumsden’s work occupies an admirably wide range of that spectrum. She has been called a “crossover” artist for good reason. Her Guitar Festival performance featured rollicking, joyous melodies alongside melancholy ballads. The simple, but deeply explored, lyrical subject matter is rooted in love and loss, family and friendship. Guitars were switched out at various points for banjo and mandolin, most notably on an adorably enthusiastic, acoustically performed cover of AC/DC’s “You Shook Me All Night Long”.

Lumsden’s brand of country has more than its share of pop influence, but also leans into the barn-stomping dance tunes and folk balladry of rockabilly or bluegrass and away from the smooth, layered crooning commonly associated with the “Nashville sound” – still most people’s idea of the style. It also exudes indie-folk elements reminiscent of Lumsden’s early influences like Kate Miller-Heidke, Laura Marling and Josh Pyke.

That variety was supported and extended brilliantly by South Australian troubadour Jimmybay, whose seven tracks and interwoven stories occupied the show’s first half, starting with “a sad song” and moving “up from there”. 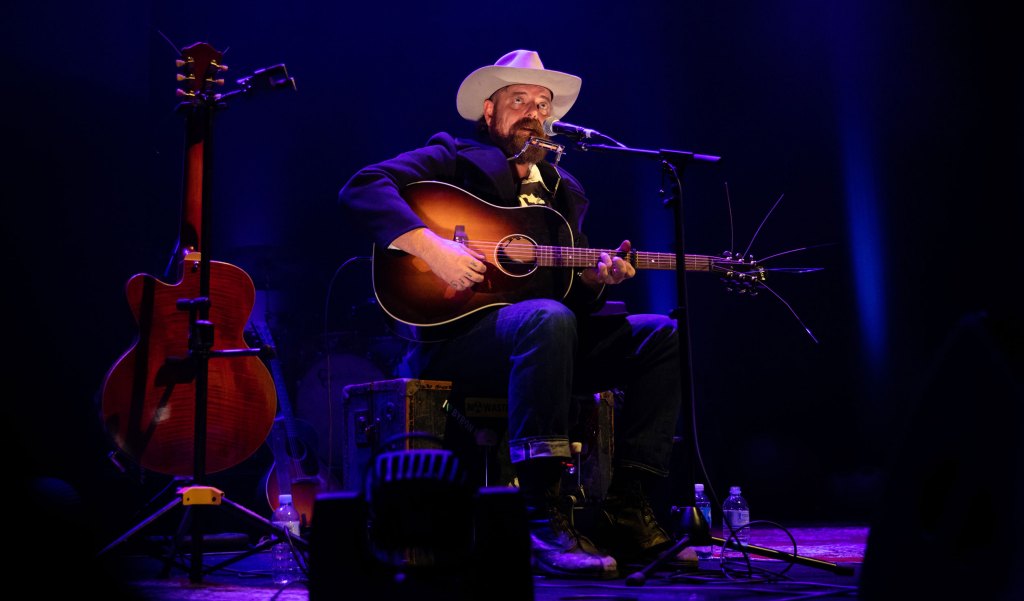 Jimmybay is a multi-instrumentalist, one-man-band blues powerhouse and an engaging storyteller with a perfect sense of laconic humour to boot. He is also a traveller, often spending months away camping, sleeping by riverbanks (or waking up in artichoke paddocks) and leaving you with the sense of a powerfully voiced but softly-spoken, guitar-slinging, 21st-century bushtucker man. There is a wonderfully dark energy, simultaneously expansive and sinister, to the particular kind of gothic Australiana he so expertly channels.

The combined effect was a frenetic, full-energy night of story and song, with audience participation encouraged, covering the full tonal range of country, blues and folk music’s shared lineage. It was almost as much fun being there in Adelaide’s Dunstan Playhouse as it would have been, I’m sure, in a small-town hall, somewhere further off the beaten path.

Songs Told in a Land of Gold was presented for one night only at the Dunstan Playhouse as part of the 2022 Adelaide Guitar Festival.