There has been much debate over the origin and status of flamenco; it is generally associated with the Gitanos (Roma people) of Spain’s Andalusia region, with further performance refinements credited to the Sevillians. Going back much further, it is also arguably linked to Indian and possibly African roots. Regardless, flamenco seizes an audience with its emotional style and physically demanding skills.

Spanish musician José María Gallardo Del Rey is acclaimed internationally for his guitar playing, both solo and in an orchestral setting. He was a modest figure, dressed in white shirt and grey trousers, but his guitar playing was full of energy and passion. He began with a languid and delicate piece that moved into a brisker, even conversational mode as it switched between phrases. There was clearly a baroque character with quick, brightly filled passages.

That sense persisted with the second piece of four movements. An ambling section led to a short, brisk and clear-cut interval, before an air of slight melancholy set in. A very danceable if somewhat formal allegra then completed the work.

The work of Spanish writer Federico García Lorca, a staunch supporter of flamenco, was celebrated in the guitarist’s own composition in several movements, each of which referred to a single Lorca poem. Gallardo Del Rey described it as combining classical and flamenco styles to represent a fusion he simply called “the Spanish guitar”. Quite varied, it swapped abrupt flourishes with sweet and slow playing, suggesting a love song leaning more on pleasure than yearning, before it closed with a series of quivering notes and dainty harmonic jewels.

Next was a short luminous work, a brief sunlit summer shower of precise playing before the encore, which was presented with percussion from Joseph Batrouney of Arte Kanela. 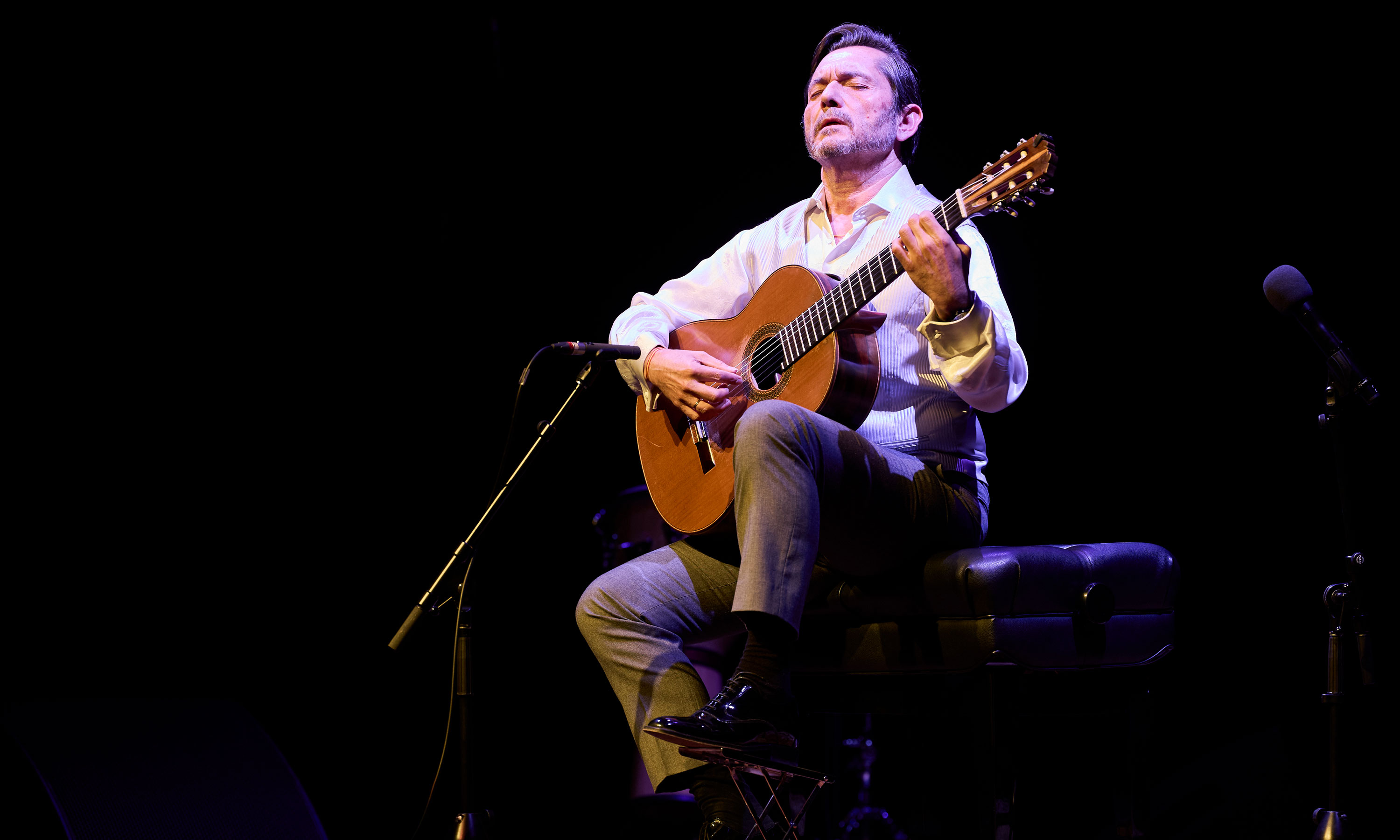 After the break, it was all Arte Kanela ­– the Melbourne-based ensemble comprising Batrouney, Richard Tedesco on guitar, plus his brother Johnny and Chantelle Cano dancing and providing handclapping.

Richard Tedesco began with a very mellow-sounding guitar as he played a beautifully intricate and mesmerising composition. The other three members appeared for the next tune, joining in with evident pleasure as they added handclapping (palmas), finger snapping (pitos), and tapping of their heels to its uplifting tempo.

Before long it seemed to be all about the dance (baile) and sinuous movement of bodies. Cano, in an extended session at centre stage, began a slow, measured walk full of tension and purpose that eventually erupted in captivating flourishes of her hands and arms, passionate swirls of her dress, and wonderfully controlled stepping as she accelerated the pace. It was like watching someone possessed and yet, paradoxically, in complete control. She well deserved a rest as she left the stage after her expert and rapturously received display.

A drums and guitar duet then offered an interesting interplay of melodic figures before Johnny Tedesco and Chantelle Cano returned, providing exquisitely timed handclaps to this tune. Eventually, it was Johnny’s turn up front and he was magnificent, dancing with authority and showing phenomenal motor skills with his energetic and exacting movements. He and Cano then danced together briefly, switching between challenge mode as each took the limelight before pairing once more.

It was a delightful night of music from artists at the top of their game – “the heart of flamenco” indeed.

El Corazón Del Flamenco was presented by Adelaide Festival Centre for one night only at Her Majesty’s Theatre as part of the 2022 Adelaide Guitar Festival, which continues until July 24.